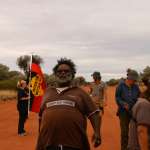 Pushing Aboriginal people off their land for mining interests is nothing new in Western Australia, but Premier Barnett’s plans to close 150 communities and gut the Aboriginal Heritage Act takes it to a new level, reports Mia Pepper You’d be forgiven for thinking West Australia was the Wild West. The announcement from the WA Government […] 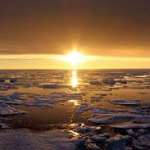 Climate Change Challenges: Support the Environment or the U.S. Military?

Having lived through the 1991 Desert Storm bombing and the 2003 Shock and Awe bombing in Iraq, I tread carefully when speaking about any danger greater than war that children in our world might face.  I won’t forget children in Baghdadi hospitals whose bodies I have seen, wounded and maimed, after bombing campaigns ordered by […] 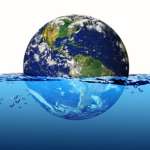 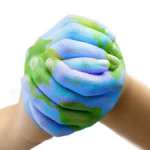 Sensitive, sustainable and non-disruptive tourism is the traveller’s, and not just the travel industry’s, duty

On an open jeep safari in Kruger National Park in South Africa, we sighted a gaunt-looking lioness stalking a herd of impala from a stony outcrop. Lions only hunt in the daylight when they are extremely hungry. The lioness’ location was radioed through by our ranger to other safari jeeps in our vicinity, despite our […] 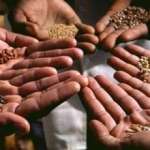 93 per cent of seed varieties extinct

Patents and the profit motive have combined to aggregate 73 per cent of the world’s commercial seed market to ten agrochemical companies. As a result 93 per cent of seed varieties are now effectively extinct. Monsanto is one of the leaders in the privatisation of what was once presumed free-to-all. Monsanto seems to be able […] 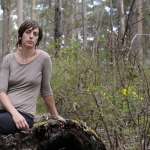 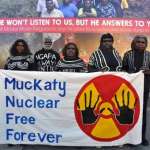 Muckaty Station is a small township in the remote Northern Territory, 110km north of Tennant Creek and roughly 800km south of Darwin.  Also known as Marlwanpa, the land is held under Native Title having formally been returned in 2001 to the traditional owners – the Milwayi, Ngapa, Ngarrka, Wirntiku, Kurrakurraja, Walanypirri and Yapayapa peoples.  Muckaty […] 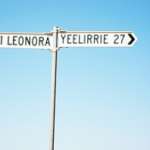 The 2014 Walkatjurra Walkabout will begin Thursday at Yeelirrie Station, Western Australia’s biggest uranium deposit, now owned by one of the world’s biggest uranium companies – Cameco. Elders from across the nation will lead the fourth Walkatjurra Walkabout, through Country in opposition to the proposed Yeelirrie uranium mine. Western Australia is on the brink of […] 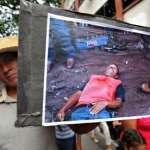 When defending the environment gets you killed

Members of the Peasant Unified Movement of Honduras, carry mock coffins bearing pictures of people killed in land conflict clashes. There were 109 activist deaths between 2002-13 in Honduras, making it the world’s second deadliest country for communities defending natural resources. Photograph: Orlando Sierra/AFP/Getty Images from The Guardian Once can read chilling stories on Democracy […] 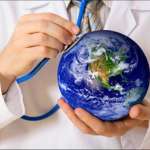 The Australian College of Nursing (ACN) is concerned that severe climate events are having a significant impact on the health care needs of Australians. The College of Nurses said that their concerns were reasserted this week with the release of the United Nations Intergovernmental Panel on Climate Change (IPCC) report which details the affect climate change is […]