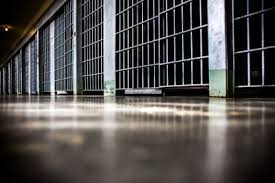 West Australia has a recent history of secession calls. If this had occurred, it would have been akin to the 13 Confederate American states that sought to preserve their racisms and exploitations.

And of course, the hits that are scandalously disproportionality higher for First Nations peoples but also for migrant born from other than English language and culture diverse backgrounds.

During the austere stretch of the lockdowns nationally, West Australia lagged far behind the rest of the nation in responding to its homeless during the war on Covid-19. While New South Wales and Victoria were accommodating the homeless into hotels, thousands of street-present homeless interim accommodated, the rednecks of West Australia spruiked their social justice credentials with a reprehensible effort to accommodate a miserly number of 20 homeless individuals – and wait for this – in a “30-day trial.” While thousands of homeless people continued to be accommodated in hotels for months across the rest of the nation, believe it or not, the West Australian Government came back with a clanger at the end of the 30 days, and stated the trial had failed. The “program” was disbanded. Since then, no word since.

The number of street-present homeless continue to mount not only in Perth, but across the West Australia. The number of deaths on the streets of the homeless in Perth now exceed 40 for this year. This means about 5 percent of all Perth’s street-homeless died in 2020. Their average age at death, in their 40s. Halve lives, depleted living, harrowed.

West Australia is the wealthiest jurisdiction in the nation, and even despite Covid-19, the lockdowns, and the border shutdown, West Australia still delivered a budget surplus. To understand West Australia’s wealth, we must also understand Australia is one of the world’s wealthiest nations – 12th biggest economy and among the highest median wages in the world, and ranked number one in the world for highest median adult wealth. According to the Global Wealth Report 2018, the median wealth of adult Australians is $264,903. The median wealth of the world’s adults is $5,820. The divide between Australia’s haves and have-nots is stark. The divide between West Australian haves and have-nots is one effectively of affluence alongside grinding poverty.

In West Australia, there are 14,890 applications for a public housing rental, with 2,097 priority listed. The waiting list represents more than 40,000 people and the majority are children. In March 2017, the Labor Party swept in as Government in a landslide, promising much.  During this time, public housing has declined by nearly 1,200 from 44,087 to 42,932 homes. West Australia’s median adult wealth is in excess of $300,000. Finland has an adult median wealth of $44,606,  but has managed in almost doing away with street-homelessness in Helsinki, and in the last decade as a nation has reduced homelessness by 40 percent.

The richest state in Australia can afford to build 15,000 social housing rental homes for those waiting of who I remind the majority are just children. I am yet to meet a person who lives or lived on the streets and not said that it is the hardest, darkest, scariest, worst of living. West Australia can afford to spend $9 billion dollars to build 15,000 houses. Victoria, in order to inroad into unmet need will spend $5.3 Billion to build between 9,000 to 12,000 public houses. By the time the Victorian houses are complete by the end of the decade, unless there is a spike, 15 percent to 20 percent of their waiting lists will have been reduced. They too should spend as much as is needed to house everyone as soon as possible and not penny-pinch and deny people a roof over their heads.

What is it with West Australia that it cruelly lags so far behind the rest of the nation in terms of the right thing to do by people? Babies and children, vulnerable young and older should not be hostage to the street-present homelessness.

I once described West Australia, as this nation’s Alabama. Despite making the statement more than three decades ago, sadly it does hold steadfast true. On September 28, 1983, in the Pilbara’s Roebourne, a 16-year-old Yindjibarndi youth, John Pat, was bashed to death by an off-duty police officer. A couple of years later, just before the establishment of the Royal Commission into Aboriginal Deaths in Custody, I said, “September 28, 1983, Roebourne became to West Australia what two decades earlier Birmingham was to Alabama.” Five police officers bashed into Yindjibarndi youth, and when John Pat stepped in to pull out his friend Ashley James from the brawl, the copper belted him to his death. In 1986, an all-White jury acquitted the five officers. The highest number of Australia’s police and prison custodial (unnatural) deaths have been in West Australia. One hundred percent of police watch house deaths in West Australia have been of First Nations people. Yep, that is racism on a plate.

I defend my argument of a Mason-Dixon line in describing West Australia and the Northern Territory as akin to America’s confederate slavery where human beings were reduced to oppressors and the oppressed, to the lowest common denominator, to the cruellest obscenities, to intergenerational criminalities. West Australia, the richest jurisdiction in the one of the world’s wealthiest nations, despite its billions of dollars in surplus year after year, is led by bastardry in refusing to repay or compensate the victims of the Stolen Wages; of tens of thousands of First Nations workers who even over a lifetime of working, the majority of their wages were withheld effectively by State Governments. The story of the Stolen Wages is well known and established, and from the 1920s to the 1970s, effectively indentured First Nations people were turned into slaves on wages less than a quarter of what counterpart White privilege earned, and the evil of the further hit, the majority of their wages withheld. One West Australian Government after another perpetrates intergenerational criminality, denying to compensate the claimants, those in their fading light or their children.

Sadly, it may take the class action that has been launched against the West Australian Government for Government to either come to right-mindedness or be dragged kicking and screaming to finally do the right thing and pay the lost earnings and compensation for the decades of unpaid labour. I think of the arduous journey to slivers of social justice and it breaks the heart. I think of West Australia, of its lesser self, of its cruelties to others, of its brutal public spectacles in refusing redress and systemic repair, as akin to the ruthless intemperance of the cotton fields of Georgia and the Mississippi. Let us remember West Australia, up until the 1970s, First Nations lives were controlled and permissions for all sorts of matter needed to be sort.

The original sin of racism is not yet over and burns brightly in the West, where the sun sets. The more we know about West Australia, the less we respect. The more we know about West Australia, the more we can pursue the change. West Australia’s social housing quotient is the lowest in the nation. Only three percent of all West Australian households are social housing – public housing rental homes. We cannot sit idly by – idleness of the most inexcusable reprehensibility, and allow West Australia to leper the homeless, to incarcerate people at the nation’s highest rate, to carry on as the mother of all jailers of First Nations peoples, not just in this nation but anywhere in the world, to leave behind so many sisters and brothers, the majority of whom are children, and deny them the light, the hopes, that should shine on all of us.

Gerry Georgatos, the son of CALD migrants, is a suicide prevention and poverty researcher with an experiential focus. He has a Master in Human Rights Education and a Master in Social Justice Advocacy & Civil Rights Arbitration. He is the national coordinator of the National Suicide Prevention & Trauma Recovery Project.

Connie Georgatos, has contributed to this article. Connie’s father has Parkinson’s Disease and can no longer type. Connie types, contributes and proof reads her father’s articles. Connie is a university student undertaking degrees in Global Media and Communications. Connie also is a Project Officer with the National Suicide Prevention & Trauma Recovery Project.