93 per cent of seed varieties extinct 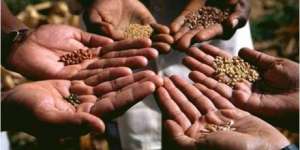 Patents and the profit motive have combined to aggregate 73 per cent of the world’s commercial seed market to ten agrochemical companies. As a result 93 per cent of seed varieties are now effectively extinct. Monsanto is one of the leaders in the privatisation of what was once presumed free-to-all.

Monsanto seems to be able to afford one catastrophe after another despite the effects endured lifelong by people. In the USA, years after Monsanto closed its herbicide plant near Nitro, West Virginia, an eight-year court battle has been settled with 5,000 claimants of a class action.

Monsanto has agreed on a $93 million settlement to monitor possible health effects, to treat remnant dioxin and to clean-up up to 4,500 homes. The plaintiffs were awarded a 30-year medical monitoring for health effects of dioxin in addition to an environmental clean-up effort. The claimants have 120 days to register for future claimant rights in the event they are found to have suffered adverse health effects from dioxin.

The litany of battles continue but they appear to be absorbed by Monsanto. A Chronic Kidney Disease (CKD) epidemic among generally poor farmers as far apart as Central America, India and Sri Lanka has been differentiated from more general forms of CKD. The variant disease is known as CKDu (unknown etiology). This kidney disease does not arise from diabetes, hypertension or diet-related risks but is found among poor farmers working in hot climates while exposed to a toxic etiology.

The small country of El Salvador has the world’s highest death rate of CKDu. But the high mortality rate is not limited to El Salvador, it includes other Central American countries, and Sri Lanka and India. More than 20,000 Sri Lankans have died from this new disease during the last twenty years.

Sri Lankan Dr Channa Jayasuman and his colleagues, Dr Sarath Gunatilake and Dr Priyantha Senanayake argue that the introduction of herbicide glyphosate coincides with the advent of CKDu and the death rates. The herbicide is widespread in Sri Lanka. Glyphosate was first used as a descaling agent for pipes in boilers to clean out mineral deposits. But it is also absorbed by the human body, reaching the kidney tubules, where high acidity allows the metal to break free of the glyphosate. The cadmium or arsenic then damages the kidney tubules. The exact cause of CKDu is yet to be proven conclusively. But in September 2013, El Salvador banned glyphosate.

Monsanto marketed glyphosate as a herbicide – ‘Roundup’ – in 1974. It took out a patent with exclusive rights which expired in 2000. At the same time El Salvador banned glyphosate, the herbicide was the world’s most widely used.

But Monsanto’s website reckons it is safe. The USA is backing Monsanto regardless of the scientific questions. WikiLeaks cables are evidence that US diplomats are encouraging GMO crops as the way to go. But the cables also reveal that the USA will punish countries that attempt to ban GMO crops. The American Government sounds like a huge multinational tobacco company and worse.

It maybe that it is not about why the USA Government is doing this but indeed about who are the Government. Corporate takeovers may include Government. But the diseases may threaten food security. In the meantime, desperate farmers and researchers are saving seeds in banks and barns across the world.

Some farmers and researchers have devised the first-ever non-profit ‘eBay’ of seeds where any farmer anywhere can source a wide variety of plants cheaper than the GMO seeds from chemical companies. Some hope that this global online store could flood the market and break the monopoly of the ten agro-chemical companies.

According to the United Nations Food and Agriculture Organisation more than three quarters of the genetic diversity of crops has been lost to seed consolidation and industrial practices.