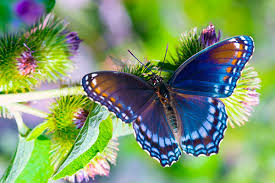 Gerry Georgatos – More than 51 months ago I wrote an article on the imperatives of forgiveness and redemption. This remains true. We journey together in one form or another, we can either salt the earth or jag the road, cruelly encumber. In dealing daily with suicidality, with the most harrowed individuals and families, in stories of people so downtrodden that they are invisible, I reflect on society and its instruments and the perennial bent to leave the have-nots behind.

We have leaders for the haves.

Where is the leadership for the have nots? You know, the have-nots with absolutely nothing, no voice.

We support thousands at the National Suicide Prevention & Trauma Recovery Project. I support hundreds. One family has wrenched both my heart and guts. A family of eight children, across three jurisdictions – SA, NSW and WA. They are orphans. Their mother died by suicide a few years back. The father the year prior. Some went into ‘care’ and most were homeless. Right now we are trying to house three of them, the youngest 13. Another, in a different State, I am trying to keep alive.

They have been failed again and again.

The above will not be answered by the below, which I hope you read, but the radical empathy I’m calling for in this old piece, is the empathy and compassion I find all too often just missing, sometimes altogether.

November 29, 2015 – There is nothing as profoundly powerful as forgiveness. The forgiving of others validates self-worth, builds bridges and positive futures. Forgiveness cultivated and understood keeps families and society solid as opposed to the corrosive anger that diminishes people into the darkest places, into effectively being mentally unwell.

Anger is a warning sign to becoming unwell. Love comes more natural to the human heart despite that hate can take one over. In the battle between love and hate, one will choose love, more easily when in understanding of the endless dark place that is hate and of its corrosive impacts. Hate can never achieve what love ever so easily can. Hate and anger have filled our prisons with the mentally unwell, with the most vulnerable, with the poor – and not with the criminally minded.

I have worked to turn around the lives of as many people in jail as I possibly could but for every inmate or former inmate that people like me dedicate time to in order to improve their lot – ultimately there is a tsunami of poverty related issues and draconian laws that flood offenders and fill prisons. Jailing the poorest, most vulnerable, the mentally unwell, in my experience, only serves to elevate the risk of reoffending, of normalising disordered and broken lives, of digging deeper divides between people, of marginalising people. It has been my experience that in general people come out of prison worse than they went in.

We push maxims such as violence breeds violence, hate breeds hate, yet we incarcerate and punish like never before. Instead of prison sentences working as some sort of deterrent we have reoffending, arrest and jailing rates increasing year in year out.

One of society’s failures is the punitive criminal justice system and the penal estate. Despite the punitive penal estate having clearly failed society, we continue with it. For some it has become easier to lie and act as if the failure is a success or as if there are no alternatives than to accept the workload in another direction. Fyodor Dostoyevsky, in the Brothers Karamazov, wrote, “Above all, don’t lie to yourself. The man who lies to himself and listens to his own lie comes to a point that he cannot distinguish the truth within him, or around him, and so loses all respect for himself and for others. And having no respect he ceases to love.”

We have lied for so long in this capitalistic meritocratic society that for far too many, especially for those in the consummation of privilege – they have ceased to love and to forgive. The psychological, emotional and spiritual wellbeing of others, of those most vulnerable – lost to them. The mantra these days is the suffocation of ‘self-responsibility’.

Dostoyevsky, who also authored Crime and Punishment and the House of the Dead, wrote, “The degree of civilisation in a society can be judged by entering its prisons.”

But what are their crimes? They have been born into extreme disadvantage, extreme poverty and into a spectrum with deplorable levels of likelihood of their deterioration from a state of hopelessness to being mentally unwell. Socrates understood that esteem was imperative to the striving for justice and goodness. This is where we fail people, we are not there to build or rebuild their esteem, to strive lovingly. Socrates would have us believe evils are the result of the ignorance of good. I am with Socrates, we have a society that is not bent by reinforcing the innate, of reinforcing ‘good’, but we are a society that demands an impression of what good might be and punish those who transgress. What we are after is unilateral orderliness among all people – and justice argues itself as blind, where everyone is equal. This is a stupendous lie; the law supports privilege and thrashes into the vulnerable, poor, sick – inequality is entrenched by the criminal justice system.

Sjoren Kierkegaard argued that sin meant wilfulness and unlike the Socratic view of ignorance of good, Kierkegaard was bent by the view that some people simply do not want to be good. As naïve as I may appear, the Socratic view aligns with what I have seen in prisons – of people who want to be good, innately are good, but who have accumulated despair, displaced anger, resentment from impoverished or disrupted upbringings.

The penal estate is not rehabilitative, not restorative. There are limited job skills programs, limited education opportunities. The penal estate should have been an investiture in people rather than a dungeon, an abyss. The opportunity for healing, psychosocial empowerment, for forgiveness, for redemption, for education skills and qualifications are continually bypassed. This madness never ceases to shock me.

One in 6 Aboriginal and/or Torres Strait Islanders living has been to jail.

Forgiveness is not an act of mercy but of empathy, compassion, of virtue. According to vast bodies of research forgiveness has many benefits, outstripping negatives and risks. Forgiveness strengthens families, communities, societies. The most significant finding is the obvious, that forgiveness makes us happier. Forgiveness improves the health of people and communities. Forgiveness sustains relationships. Forgiveness builds and rebuilds lives. Forgiveness connects people, and what better medium for this than through kindness. It was Archbishop Desmond Tutu, the chairperson of South Africa’s Truth and Reconciliation Commission who argued forgiveness as the only way forward to “true enduring peace”.

Someone I correspond with regularly emailed me the Chinese proverb, “It is better to light a small candle rather than curse the darkness.”

We have seen where we will be led to when the only response to crime is punishment. The United States jails nearly one per cent of its total population – 2,300,000 people. Are so many so bad or is the United States extremely harsh on its most vulnerable? One in four of the world’s prisoners are in American jails. This is the future we need to avoid. If Australia would consider an amnesty – an immediate release – of very low-level offenders – more than 8,000 of its 35,000-prison population would walk out today. If Australia was prepared to release its mentally unwell either into community care or specialist care, again more than 8,000 would walk out today. At all times we should be working closely, lovingly, forgivingly with those inside and so bring them out of the prison experience not worse but better.

As it stands now, there is an elevated risk of death by suicide, substance misusing and misadventure in the first-year post release – up to ten times according to all the research. We do ever so little for people pre- and post-release.

Society – the criminal justice system, custodial systems and ancillary support systems – will gain more from forgiveness, helping, empowering people than from any other measure. This is not to suggest some crimes should not require imprisonment but that all people are capable of redemption, and that there are far too many who should not be jailed and instead supported, and that at all times we should be doing what we can for our most troubled souls.

People are more likely to be good without having to go to prison but instead who are supported. For those who are sentenced to prison, these must be places where people come first, not last. But there must be forgiveness. They must be assisted in every way to forgive themselves. As a society our focus must be on forgiving and redemption. The most powerful kick-start is a society – the justice systems and our Governments – who are forgiving and hence the message of love will rush to everyone. For far too many people, repentance without forgiveness is torturous. But we must be a forgiving society to make this possible, and for now the odds are against us, as for too many forgiveness is a radical, gratuitous proposition.