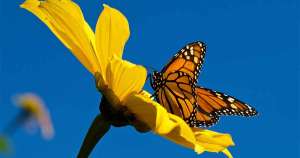 Gerry Georgatos – Children as young as 9 years have been lost to suicide, three in fact in recent years. Australians should ask, why? Proportionally, more children aged 14 years and less have been lost so far this century compared to last century.

Death by suicide of children cannot, and never should, remain shrouded in silences and the rubbishes of presumptive stigma and sensitivities. We do no one any favours, and in fact cost young lives.

Last year I was aware of four twelve-year-old suicides – two of them in Western Australia – one in South Australia – one in Queensland. Two of them were First Nations children. In 2017, I responded to, and supported the family of a child aged 9 who suicided. In 2016, a 10-year-old girl suicided, and in 2014, an 11-year-old boy suicided. I have met the families of the young ones lost whom I’ve just described and some of the family members I have supported, to this day.

2018’s 100 child suicide deaths were the leading cause of death among Australian children.

Last week, Queensland’s Child Death Register emphasized that suicide remains the leading cause of unnatural deaths for children. The Register’s latest report recorded the highest rate of suicides yet, since the Register commenced in 2004. In the financial year 18/19, there were 37 suicides of Queensland children aged to 17.

We need the long overdue investment in outreach, the psychosocial, so as to journey alongside our sisters and brothers, children.