Malawi – international aid, more spent on the helping hand than the help

Often beleaguered by international aid work I have lifelong been involved in; the increasing unmet needs, the mongrel injustices, I have argued the horrendous lie of our generation is that poverty is being reduced around the world. There are countries devastatingly poor, such as Malawi with a population of 19 million.

When I first came into substantial contact with the people of Malawi a decade ago, there was only one oncologist in the nation. Since then, Malawi has scored a second oncologist and a few more may be on the way.

As with the most the African continent, Malawi is a desperately poor country with a rural-based economy. Malawi has low life expectancy and high infant mortality.

The first oncology unit in Malawi, in which I had a small hand in raising funds for, is still less a decade old. To many of us in the affluent Australian context, the beginnings of Malawi’s first oncology unit looked like an over-sized dilapidated or poorly constructed granny flat – and the waiting room was a set of chairs, outdoors. In the recent years since impoverished humble beginnings the courageous first effort has become a specialist cancer ward in the Malawi town of Blantyre. Specialist, yes, but comparatively rudimentary.

It is my argument that poverty around the world is increasing – absolute and relative poverty are guaranteed to accelerate. Nearly half of humanity lives on less than $2.50 (USD) per day. One billion people cannot read or write. The World Bank sets the international poverty line. In 2015, the poverty line was revised and defines a person to be in extreme poverty if they live on less 1.90 international dollars per day. This poverty measurement, based on the monetary value of a person’s consumption was set on a global scale for someone living on, or less than 1.90 a day. In Australia, we have the Henderson poverty line, at 50 percent of median income, and for a single adult is AUD $60.90 per day.

Billions live in poverty. One hundred million people have fled as refugees and live in limbo or in shanty camps. Most of humanity live depleted lives, corralled in misery, drudgery, and suffering. Yet there are those in our societies, including academics, who suggest economic poverty is not a sufficient measure. They sell narratives of a humane, compassionate world and not as grim as really is.

On average, thereabouts one million human beings suicide each year. The poverty narrative and suicide intersect.

Historically, most of humanity lived humbly while a slivered elite enjoyed living conditions sponsored by excessive accumulation of resources – this remains so. Extreme poverty is majorly visible; it is an unavoidable experience in even the most affluent nations.

We sell minimum rights for human rights, we sell ‘calorific’ requirements as adequate or baseline living – but that’s rubbish; peoples dying prematurely at disproportionate rates, the majority struggling through half-lives. Portrayals of happiness and satisfaction among the poorest. There has never been a war on poverty, only mass deceit. We spend more on the industry set up to respond to disadvantage, than we actually spend on ending disadvantage. In a fiscal driven world, from one form of marketplace to another, imagine only having a few dollars to live on each day.

The face of Malawi’s health infrastructure is one of a chronic lack of doctors, and facilities. Develop cancer in Malawi and you are very likely to die. A rural farmer in Malawi has to survive on less than 1.25 dollars a day.

Hospital healthcare in general in Malawi is mostly free, funded by the Malawi Government. But for a biopsy, a Malawian will need to pay 10,000 kwachas (approximately $13.)

If you can afford to pay for a biopsy, for the Malawian, it is a little bit of a wait. Malawi has less than 10 pathologists, a couple of laboratories – for 19 million people. Weeks, sometimes months go by, the cancer spreads. If you need chemotherapy and you are living in Malawi – you are not going to get it anytime soon. Radiation therapy is only a recent thing.

Oncological services are only one aspect on the range of healthcare needs that Malawians mostly go without. In general Malawi is a county without enough doctors and a long way from adequate primary and secondary health infrastructure. Generations will pass before more people are saved than people lost.

I referred to the fact of one billion people who cannot read a book or write their name. Less than one percent of what the world spends every year on weapons can put every child into school. Once again, more than one billion people have inadequate access to water and more than two billion go without basic sanitation. Once again, only a few percentage points of what we spend on weapons annually can address the world water supply issues and basic sanitation for those who go without. When we refuse to portray the deficits, the grim realities we betray and leave people behind. Censorship by omission does not just leave sisters and brothers behind, it kills them.

More than twenty thousand children die each day due to poverty – not much of a world to be proud of. Nor is international aid what it should be, and more is spent on the helping hand, than on the actual help – that disaster has long cried out for calibration. 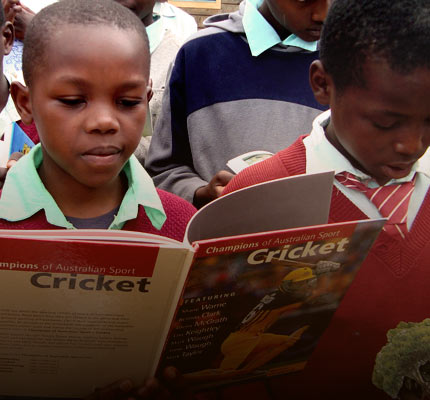