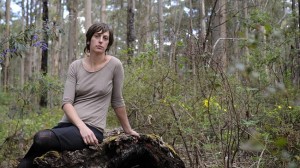 The Western Australian Forest Alliance has warned against the Federal Government’s Budget announcement to provide taxpayer-funded subsidies to companies that want to burn native forest trees in order to generate energy.

“This would be economic and environmental vandalism. The Abbott Government would have to pour millions of dollars of subsidies into the proposal because it would not be economically viable on its own.”

“The Abbott Government says that the free market should be left to dictate efficient outcomes and that governments should not interfere. How then can they justify creating a whole new set of subsidies for the clearfelling of our forests?”

Ms Beckerling reminded that “old forests store the most carbon.”

“They are busy right now capturing CO2 and storing the carbon in their trunks, roots and soils. It takes centuries for them to recapture carbon released by logging. Leaving them growing is the only way for forests to be a part of the climate change challenge.”

“Burning forests for energy is an idea that belongs in the distant past. It has no place in the 21st century and will be very strongly opposed,” said Ms Beckerling.

Ms Beckerling said that in making the forest Budget statements, Senator Richard Colbeck also announced that the Government will extend “the discredited Regional Forest Agreements around Australia for a further 20 years.”

“The Abbott Government simply cannot promise the logging industry 20 years of clearfelling our forests for energy generation. It will not be tolerated. These archaic plans will be defeated,” said Ms Beckerling.