Three Documentary Films to Start Your Awakening and Encourage Your Activism 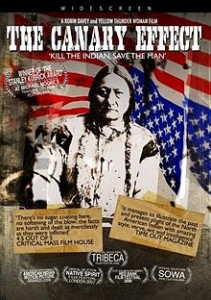 In 1968 in preparation for anti-Viet Nam war protests scheduled for the Democratic National Convention in Chicago, a number of veteran troops based at Fort Hood, mostly African American, were given orders to go to Chicago to quell the protests. Several days before departure, a large group of brothers started talking philosophically about the orders. Having just come back from killing men, women and children in Viet Nam “for no good reasons,” and having suffered continual discrimination for most of their lives, including discrimination in the army, they began to question orders to now possibly kill fellow protesting soldiers and other anti-war Americans. As the night grew, the conversations intensified and a 2-star general finally came upon the scene. The men respectfully expressed their concerns and the general told them he would get answers to their many questions and report back to them in the morning. The men settled down, feeling they had been heard, and in anticipation of a fair hearing of their grievances, fell asleep on the spot. In the early morning, they were awakened by blows to the head from rifle butts wielded by Military Police. The M-16 rifles were fixed with bayonets and a number of men were cut. Most were then sent to the stockade.

I had not heard about any of this as a young college graduate nor as a commissioned Second Lieutenant in the Marine Corps. However, by Christmas of 1968, while in flight school at the Naval Air Station in Pensacola Florida I learned the truth about Viet Nam. I had been drinking with a South Vietnamese officer at a bar known as Trader Johns. He was just drunk enough and just trusting enough of me to spill his guts. After several days of tormenting reflection, I knew what I had to do and refused my next set of orders with a strategy to use my grandfather’s high political connections and my good record to manipulate an honorable discharge, based on a previous back injury. It took me over a year to accomplish my goal. Everyone knew my new anti-war position, though I did not advertise it for fear it would defeat my strategy. I did not have the global perspective then to stand for the principle that many others stood for, though about this fact I was ignorant and felt alone. Although it was a stressful time for me, with the Marines coming down hard against me, my suffering was nothing compared to what I now know many of service men and women suffered for refusing their orders. With my family’s political clout, I eventually scored a victory, whereas the efforts of many others who intentionally voiced their opposition to the war openly cost them years in prisons and dishonorable discharges. If I could do it over again now I would have joined them.

But I did not know what I know now. I knew nothing of the G.I. movement against the war. Few people knew then or know now about the many courageous servicemen and women who risked and suffered court-martials and imprisonment for standing against the war, for refusing orders. The large movement within the ranks of the military was crushed and its history has intentionally been erased from the social memory. The stakes are too high in our world for us to continue such ignorance and the ability to learn the truth is too easy in light of the Internet and the free documentaries that reveal the stories we must know in order to rally our courage and activism. We can no longer remain ignorant of the courage of people like Ed Snowden, Bradley Manning and so many others whose names never reach public awareness. We must understand the history of courage and resistance.  Our young people must be informed before they go to war; before they come home to commit suicide. For example, we should know of successes like the peaceful overthrow of Serbian dictator, Slobadan Milosevic, not by force of arms, but by an ingenious nonviolent strategy of political action and massive civil disobedience, largely orchestrated by college students. How do we know about these historical realities that can motivate and encourage our own activism? We start by simply watching the brave documentaries that describe them. See the film, “Bringing Down a Dictator”, about the overthrow of Milosevic. Watch the film that shows the entire history of the G.I. protest from within the military entitled, “Sir! No Sir! – The GI Movement to End the Vietnam War”

To learn about such movies, you can start by selecting from 100 titles, most of which you can watch for free – The Top 100 Films Inspiring the Shift to a Sustainable Paradigm.

Just imagine what could become possible if an entire city had seen just one of the documentaries below. Just imagine what would be possible if everyone in the country was aware of how unhealthy the mainstream media was for our future and started turning to independent sources in droves. Creating a better world really does start with an informed citizenry, and there’s lots of subject matter to cover. Our country has to come to terms with the true history of Western civilization. It has to learn about basic ecology. It needs to understand some basic truths about peak oil and the monetary system, the truth about capitalism and governments. Our society needs a new story to belong to. The old story of empire and dominion over the earth has to be looked at in the full light of day – all of our ambient cultural stories and values that we take for granted and which remain invisible must become visible.

I agree, and of all the films, I suggest starting with “The Canary Effect.” This is an engaging, though amateur film that exposes the true history and present realities relating to the Indigenous Peoples of the Americas. You may think you know this story, but think again. I am betting it is the one you know the least about, and the one that ultimately may be the most important awakening for moving into a new paradigm. It is not the highest quality of the films, although it won the Stanley Kubric Award at the Traverse City Film Festival that Michael Moore hosts. When it came out in 2006, I did not think as an academic at the time it was sufficiently scholarly. The creators did not have sufficient credibility and one of the featured academics, Ward Churchill, was a highly controversial figure. However, the material presented is truthful, from the horrors of Columbus to the current tragedies of cutting health care programs to American Indians whose situations is worse than that of many 3rd world countries. And now I know I was wrong in not requiring my students to watch the entire hour to realize what we continue to deny.  The film title reveals its importance for all of us by quoting Felix Cohen, a great American legal scholar and attorney who was an expert in Indian Affairs. In the 1950s he wrote, “Like the miner’s canary, the Indian marks the shift from fresh air to poisonous gas in our political atmosphere; and our treatment of Indians, even more than our treatment of other minorities, marks the rise and fall of our democratic faith.”