The conviction of former Guatemalan dictator Efrain Rios Montt is unprecedented. Never has a previous head of state been convicted of genocide or crimes against humanity in his own country. Members of the judiciary, including Claudia Paz y Paz, the first female Attorney General of the country, courageously pursued the court case in spite of numerous threats against them and their families and efforts by the current president to halt the proceedings. With evidence that the United States government under Reagan and the current president of Guatemala were complicit, one might even hope this event will start a chain reaction of accountability and turn the tide on globalism. 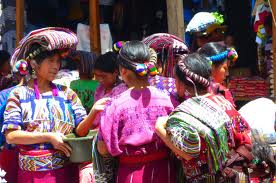 However, it was the hundred or so Ixil Mayan witnesses, people who barely escaped the 1982-83 atrocities of the government that tens of thousands suffered, whose courage brought forth the court’s verdict. A population of less than 1% of the country, they suffered through the unimaginable horrors perpetrated by the government’s militia and supported by American money, weapons and consultants. Declassified CIA documents reveal knowledge of the atrocities and decisions to do nothing about them. Like “Indians” throughout the Americas, the victims were not combatants for the most part, but peaceful villagers who were massacred under mandates from the oligarchy, essentially to protect itself and the U.S. investors who backed it by preventing land reform by the Indigenous Peoples of Guatemala.

It is not punishment of Rios Montt or revenge that makes this an Indigenous victory. In traditional communities, conflict resolution is about reciprocity and bringing wrongdoers back into community. The victory, if it stands in spite of appeals, will be about the court-ordered restitution and a possible change in how Indigenous land rights are respected around the world. It is rare because throughout the history of litigation involving Indigenous peoples, seldom has justice been served. The late Vine Deloria, Jr., in his chapter entitled, “Conquest Masquerading as Law” in the text, Unlearning the Language of Conquest, describes the situation frankly:

Formal law is an institution designed to make the arbitrary and whimsical behavior of the governing elite seem to have an aura of rationality and balance…A survey of the history of federal Indian law reveals that it is possible to be legally condemned and lynched at the same time. Indians have discovered that legal doctrines purported to ensure their political and treaty rights are used to confiscate their property, deny their civil rights and deprive them of the benefits they deserve. So bizarre are the rulings of federal courts in the United States when deciding an “Indian” case that the decisions appear to have come through the Looking Glass of Lewis Carroll (Deloria 2006, p. 95).

The conviction is also a victory for Indigenous peoples because it serves to recognize not only the realities about the horrific treatment of innocent people, but also the rights of Indigenous Peoples to their ancestral lands. Perhaps the closest similar success occurred after the June 2009 massacre of Indigenous activists opposing oil exploitation in Peru’s Amazon Rain Forest. In September of 2011, Peru’s President, Ollanta Humala, signed into law a measure that requires consultation with the Indigenous Peoples prior to allowing mining, oil drilling or deforestation on traditional lands. Concerned about the extreme disadvantages that Indigenous peoples have typically faced across a range of social and economic indicators and about the impediments to their full enjoyment of their rights, the 2007 United Nation’s Declaration on the Rights of Indigenous Peoples was intended to address these.

Although progress towards ending this concern is slowly happening in Central and South America, the Idle No More movement in North America reveals what may be more challenging barriers. It is not outright terrorism, torture and genocidal massacres any more in the United States or Canada that impedes land and civil rights of Indigenous Peoples, but rather a more insidious complexity of resource exploitation and legislation that is responsible for continued injustice.

There is a unique reason that allows for the kinds of atrocities such as the Guatemala genocide to be rationalized or covered up, as they were by the Reagan administration and that supports the barriers to Indigenous rights in North America.  If the conviction of Rios Montt stands against all the forces that will bear upon it not standing, this unprecedented event will only become a model for transformation across the globe if we all come to understand and counter this reason. The reason is an “anti-Indianism” in North America that has made a foil of Indigenous Peoples in the minds of most people. American Indians, Canadian Aboriginals and Alaskan Natives provided an enemy against whom European invaders could defend their contrasting values in ways to assure the status quo. The strong contrasts relating to ideas about child rearing, education, property rights, religion, economics and nature continue to inform North American politics and cultural perspectives (Four Arrows, 2013). The courage of the Mayan witnesses coupled with the European members of the Guatemala judiciary just might have awakened the world to this tragic reality.