“Nothing to live for,” said Stolen Generations father

Noongar couple Donald and Sylvia Collard are fighting for a slice of justice in the Supreme Court Stolen Generations test case. The case is underway with the Western Australian State Government defending itself in that “it was the right thing to remove the children.” Mr Collard said that when his children were taken from “a good family” he did not know what to do or what to live for.

Mr Collard told the Court he felt numb, sick inside and unable to breathe when his children were removed and he continued to feel like this long after their removal between 1958 to 1961 as sadness and despair turned into anger and dejection. He and his wife suffered inextinguishable anguish.

He said he was devastated when he was told that his “beautiful and healthy five-month-old daughter” Ellen had been handed over to foster parents. This was 1958 and 55 years later the anguish of the memory is still devastating.  Mr Collard described that often throughout his life the tragedy debilitated his will to live.

Mr and Mrs Collard, 80 and 81 years old, said their children “had been loved, cared for and never neglected.”

The Supreme Court heard how they had “given up on life,” and how their life had changed into “a nightmare.”

“For a long while after the children were removed Sylvia and I gave up on life and maybe a little on each other,” in testimony provided by Mr Collard to the Supreme Court.

The Collards endured nine of their 14 children being removed. Two of the nine removed have passed away and the family is arguing that the State Government breached its duties to their family and in the process denied their children their biological parents, their natural familial relationships and their cultural heritage. They argue that their children were exposed to various abuses, including isolation, and trauma.

The State Government is clinging to the dried up old line of “in the children’s best interests” in order to justify the removal of the children – and this premise conflicts with Kevin Rudd’s Prime Ministerial Apology to The Stolen Generations and in conflicts with the WA’s Sorry Day speech by former Premier Richard Court.

Mr Collard said it was racism that drove the State Government agenda to remove their children, not “squalor and neglect.” He said he had lived in racist times and recounted his own early youth when growing up in the “pretty racist town of Brookton” he was not allowed to walk on the same side of the road as a white woman. At the age of 18 the WA State Government had labelled Mr Collard as a “quadroon.”

State housing applications by the Collards in the 1950s had been rejected. For a little while the family lived in a humpy on the outskirts of Brookton while he worked on nearby farm. “No matter where we were living, we provided a good home life for our children.”

The State’s pushing of the “humpy” line has upset Mr Collard who said they had only lived in the humpy on his mother’s property for six months and he was angry when it was described as “squalid” which he refutes.

The State Government’s defence lawyer Rob Mitchell did himself no favours by pushing into evidence a history of drinking by Mr Collard and in raising a criminal history. Mr Collard countered by saying as an impoverished human being, much maligned by a racist society, he had committed some minor offences however for the most part was thrown into cells at the whim of police officers even when there was not “the smell of drink on me.”

He said that in a racist society where there was no Aboriginal Legal Service, no capacity to defend oneself, he always just pleaded guilty.

Rob Mitchell, in representing the State in the Supreme Court, read out from welfare reports and from memorandums belonging to government departments, some departments now long out-dated, to impute the defence’s argument on behalf of the State that the children would have been at various risks if they had not been removed.

The lawyers for the Collard family argued the State broke all its obligations and duties owed to the family by removing the children. They argued the children were robbed not only of their family however of their identity, culture and relationships to their natural family.

Mr Mitchell claimed the Collards, in 1958, resided in a ‘tent humpy’ with “one partitioned room, a dirt floor and two unclean beds.” At the time there were six children. The parents were accused of being “a bad moral influence in the family home.”

Mr Mitchell defended the Government of the day in that at the time young Collard sought State housing there had been limited housing support and the only option was to remove the children. Relatives of the Collard family have said that the statements made by the defence on behalf of the State are outrageous and wrong, and that for these statements to be said “in this day and age resonates as racism.”

The seven remaining children of the Collards will tender affidavits to the Court to support the family’s claim against the State. The trial has another four weeks to go and during its course the children will be cross-examined. The children, having lodged claims in the Supreme Court, are included as party to the proceedings, with all nine having been removed to foster carers and various institutions. The seven remaining are Glenys Collard, Wesley Collard, Darryl Collards, Ellen Thomas, Eva Jetta, Beverley Humphries and Bonnie Miller.

The Collards have been married 63 years, and the test case they are leading for compensation may well open the flood gates for litigation by thousands of victims of the Stolen Generations throughout Australia.

Aboriginal Legal Services WA CEO Dennis Eggington said, “Everyone is watching what happens here and is supporting them.”

Mr Eggington said the ALSWA believes this test case is important for “the thousands of Aboriginal peoples who were stolen.” 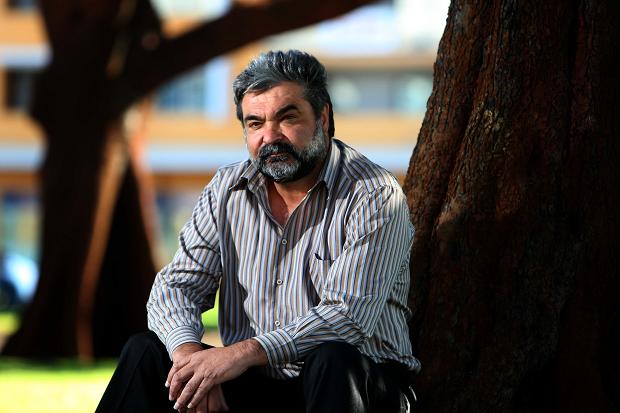 “The effects of being forcibly removed from families has had heart-breaking intergenerational effects on so many of our people. The Collard family, the plaintiffs in this matter, have shown great courage in being involved in this test case,” said Mr Eggington.

He said the test case underway is a historical event with the capacity for positive outcomes long overdue.

“We have been through hell and back,” Mrs Collard said.

One of the Collard children, Glenys, who is now 54 years of age, remembers as a three year old her parents washing her hands and face as the State Government welfare officer came to take her away. “I will never forget that day,” she said.

Mother Sylvia Collard speaks of her anguish when remembering what happened on that day and since.

“My children endured hard times. We live for them,” Sylvia Collard said.

Father Donald Collard said he still does not comprehend why the children were taken away and this is why he and his wife have launched legal action.

“We will get some of the questions answered in Court,” he said.

More than half a century since the forcible removal of their children their pain has not diminished.

In launching their Supreme Court action, Mr and Mrs Collard and the seven children are now at the forefront of Western Australia’s first Stolen Generations claim for damages. 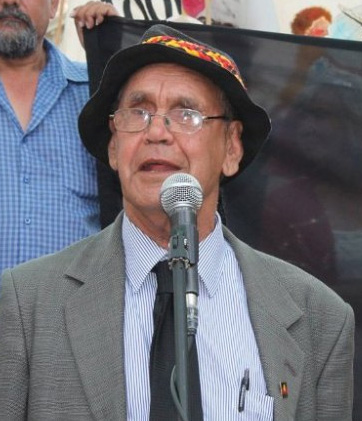 “I am 75 years old now and the memory of being taken away from my mother is with me always,” he said.

“So many of us were taken away and we suffered along the way, everyone suffered.”

“Everyone will be watching what happens here and supporting them.”

“It was 1961 and I was a shearer when the welfare officer and a policeman came and took our children,” Mrs Collard said. “They gave us no say.”

“They led us to believe our children would be returned.”

The parents were promised the children would be kept together however they were quickly separated and placed into foster care and institutions.

The parents had been frightened if they had put up a fight they would have finished up being arrested and matters made worse.

A broken system of injustices, discriminating against their people is all they had to work with and they had no-one and nowhere to turn to.

Efforts by the parents to get the children back permanently to live with them were also futile.

“I couldn’t qualify for a house. The simple reason was that I was classified as flora and fauna because I wasn’t a black man and I wasn’t a white man,” Mr Collard said.

Many of the Collard children spent time at Sister Kate’s Home in Perth but for some of them it is a place of not only separation and loneliness but also of the horror of sexual abuses.

Mrs Glenys Collard has described sexual abuses as a child that were a shock to her, which she did not understand and which have left their demons.

“Things happened that had never happened to me before,” she said. “I was raped over and over again. What figure (compensation) do you put on that?” she asked.

She said none of this would have happened if they had not been removed.

“We had our parents, we had nans and pops, we had everyone there,” she said.

She said that the neglect began only since being brought to Sister Kate’s.

The nightmare of the Collards losing their children had started two years earlier when they had taken their baby daughter, Ellen, who was only a few months old, to be treated for a stomach virus at the local hospital.

This was the last they saw of baby Ellen. When they went to pick her up she was gone.

The racist policies of the State Government at that time and indeed the fact few parliamentarians would speak out against the policies, left the Collards stranded and forgotten, drowning in their tears.

Mrs Collard remembers crying at the hospital for her baby daughter Ellen, “but we had to go because the hospital called the police.”

Mr and Mrs Collard were never reunited with two of their children who were forcibly removed from them – Don and Bill died in car accidents. The mourning has never ceased and for the Collard family and every other victim of the Stolen Generation the Prime Minister’s Apology is not enough.