“Herb is the healing of a nation, alcohol is the destruction.” 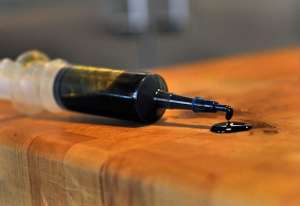 Under normal circumstances I would be writing stories about issues of race and religion and problems that may have arisen thereof. Today, I am writing something of issues I deal with in the area of my work. I want to bring to you two stories related to Epilepsy and its treatment with medical marijuana.

It has long been my contention that Epilepsy is a condition like many others that impacts on the whole family and not just the individual who has it.

Let me put some perspective on the issue. In WA there are 24500 people with epilepsy (PWE). About 30% of them do not manage their seizures well. They have uncontrolled seizures and the impact of these seizures on their lives can be devastating. Some of my members can have up to 500 seizures a day. There are people I know who have seizures that can last many hours at a time.

The first of the stories is that of Michelle and her son Jai. Both Mums’ in the cases outlined below have given me their permission to publish these in the hope that someone else may benefit from them. I know Michelle well having spent some time with her in Brisbane on a recent trip. Lyn and I have communicated on Facebook and email for some time now.

This is Michelle’s and Jai’s story

Jai has endured thousands of seizures and multiple types. Regression continuously played havoc not only on Jai’s brain, but his entire body. To the point he was wheel chair bound, wore a helmet, struggled to eat, drink and lost everyday skills. He was an empty shell, barely functioning, unable to communicate.

In 2013, we were told that Jai had exhausted current pharmaceutical options. A daily combination of 5 AEDs (anti Epileptic Drugs), totalling 35 tablets a day saw Jai become dependent on high dose Frisium at the age of 8. Every single pharmaceutical medication comes, with a long list of “possible” side effects. Irreversible side effects, in Jai’s case. Jai’s neurologist stated in December 2013 on The Today Tonight Program, that Jai was having up to 500 seizures a day. All EEGs showed a spike rate of 3-5 seconds.

Idiopathic refractory epilepsy, no cure, no hope. This was our outlook, a bleak one at best!

Jai is the youngest of 5 children, though he has epilepsy, every single one of us suffers enormously. It is never ending grief. Wondering if the next seizure will be his last..

As a last resort in March 2014, we weaned majority of Jai’s medication, hoping this may help improve his quality of life. We felt we had nothing left to lose, as so much had been lost already. Jai showed some improvement, though still suffering from multiple seizures a day, the fog was slowly lifting. He was able to attend his half days at school, though unable to write, spell, read, speak well, he was able to be in a surrounding with other children his age.

Late November 2014, I put Jai to bed, switched on his seizure alarm mat, hit record on his surveillance cameras, turned on the monitors around the house, as I do every single night. I woke in the morning to find my son didn’t know who I was, where he was, he was petrified. This wasn’t a focal discognitive seizure, this was another regression cycle. One that changed our lives forever.

Since early 2014, I had been fighting in the media advocating for medical cannabis, hoping it maybe an option and help save my sons life. Constantly begging politicians to help families like mine. No one in power listened. No one changed the law. Over 30 media interviews and though I had public support, not one politician made change, so I did. I became a criminal to save my sons life.

From that very first dose of Mullaways Cannabinoid Tincture (THCa) Jai’s life turned around.  Within 48hrs, Jai experienced his first seizure free hour, then day, then week, then month. He has endured 4 “break through” seizures in just over 9 months. His trigger… the full moon.

Jai can now kick a ball, ride a bike, write, talk, socialise, dress and toilet himself, feel pain, communicate, eat and drink without gagging. Every possible aspect of Jai’s life has changed. He is well and truly alive and living. (Author’s note: I met Jai in Brisbane not long ago. He was then 238 days seizure free. His stage of development appeared to be appropriate for his age… a marked turnaround from his previous presentations).

I have absolutely no regrets, saving Jai’s life. Tony Bowers Medicine is free. He does not charge, but he risks his freedom to give children like Jai, life. To me, he is the medicine man and I, well I am just a Mum, who refused to wait for the Politicians of Australia to decide if and when the laws will change.

This is Lyn and Jeremy’s story:

We had been hurtling towards the addition of sedatives to add to Jeremy’s regime of three Anti convulsants that he was taking daily.

We had increased one of his AED’s per his neurologists advice to target dose. Things spiralled dramatically out of control.

The insomnia (side effect of Lamictal) increased to an unbearable long term acute side effect with days on end at a time with no sleep until the seizures struck.

The toxicity (a side effect of all of his AED medications) increased to where he was vomiting and ataxic suffering blurred vision up to five times a week.

He slipped quickly into a drug induced psychosis. He began attacking us, his family and he hospitalised his support worker. We had to lock him inside our home as he was just too agitated to leave the house. He started trying to exit moving vehicles.

We decreased the medication, as his neurologist advised but there was no improvement.

An urgent discussion took place with his neurologist as Jeremy was suffering from explosive rages, acute insomnia or seizures. There was no happy medium, he was suffering terribly.

The Neurologist suggested that we should try sedatives, we had other ideas by that time.

We had been researching cannabis for some time. Studying the plant and its benefits as a possible treatment for Jeremy’s seizures. We soon learnt that cannabis could also alleviate his other symptoms and residuals from Viral Encephalitis. That is could heal his brain and ravaged body damaged by seizures for sixteen long years of suffering uncontrolled epilepsy.

We learnt that if Jeremy could consume hemp seed, cannabis oil and also juicing raw fresh cannabis that his system would be in fact better cared for than ever before.

We hoped that with cannabis therapy Jeremy may be able to reduce his intake of the anti convulsant medications which are, and have always been so toxic to him without controlling his seizures.

“No, we will not be sedating him, nor will we be trying any new seizure medications. We are going to try cannabis”

It was a fairly expected response from him, to tell me that cannabis would not help.

Neither has anything else, so what do we have to lose?

Over twelve months ago we began treating our then twenty three year old with cannabis. We now grow his medicine to ensure the quality and supply of his medicine is safe.

It is by far the most benign treatment we have ever offered him. He suffers from NO unwanted side effects from cannabis. We have been able to wean over two thirds of his anti convulsant medications. He now takes less medication at twenty four years than he did when he was six.

For those parents who may be concerned about using cannabis medicines and in particular medicines that contain THC – I say; Jeremy has been legally stoned for sixteen years on mind altering drugs, benzodiazepines and barbiturates. Honestly, he has been healthier and more alert on cannabis then on anything else he has taken over the years for his epilepsy!

My advice for parents of children with epilepsy or any other condition that cannabis therapy can alleviate is – Don’t wait. Don’t wait until it is too late to undo years of damage. I have no doubt whatsoever if that Jeremy could have been treated at age six with cannabis his life would be remarkably different to what it is now.

The position of my association has been to say that we need to have clinical trials of medical marijuana to determine which of the 48 or so types of Epilepsy it manages. The trials also need to tell us which patent medications it can replace. However, another really important change that we need to address urgently is the legality of the product.

It is a fact that Poppy plantations in Tasmania currently provide a significant part of the opium product that is used in the production of opiates. Why can we not approach the issue of medical marijuana in the same fashion?

Our thinking in this area is significantly flawed. We are happy to ingest much by way of foreign chemicals via pharmaceutical products into PWE’s Why are we reluctant to utilise a naturally grown product that will achieve the same degree of control over seizures?

Most arguments in this area are related to viewing the Marijuana as a “gateway” drug into harder drugs. I understand that in the case of Medical Marijuana the addictive properties of the drug are removed. This would eliminate that issue of addiction sometimes associated with the plant.

There is work to be done by our politicians herein. We hope that they take heed of Michelle’s and Lyn’s stories and advance our research into and understanding of this issue.