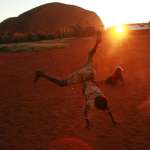 For the sake of a fairer society, Suresh Rajan joins Australian Republican movement

It’s been many a year since I reviewed my position in so far as an Australian republic is concerned. I know that from my arrival here 43 years ago I have always felt extremely uneasy about the fact that the ultimate arbiter of my government, status and future lay in the hands of someone who […]