For the sake of a fairer society, Suresh Rajan joins Australian Republican movement 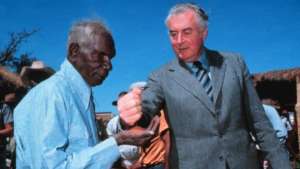 It’s been many a year since I reviewed my position in so far as an Australian republic is concerned. I know that from my arrival here 43 years ago I have always felt extremely uneasy about the fact that the ultimate arbiter of my government, status and future lay in the hands of someone who did not live here, did not work here and quite possibly did not know a lot of the “Australian” culture. In recent years this position has become more acute. I suspect that part of this increased unease is the realisation that my sons, Shakil and Rahul will never achieve the status of head of state of this country. This despite the fact that they are Australian born, and will have the lived experience of being Australian. This unease has led me to join the Australian Republican Movement (ARM) and connect with Michael Cooney, the National Director and CEO of the ARM.

I attended an event that Michael spoke at recently here in Perth. As he spoke a number of the key messages that he conveyed, resonated with me. So let me reproduce here some of the arguments that they have disseminated on their webpage and Facebook page.

Firstly, let me go to the issue I have highlighted above, the fact that my sons will not be eligible to be the Australian Head of State. The ARM specifies these issues in that regard:

1) Anyone who holds public office in Australia should be an Australian citizen with allegiance to Australia.

2) Fairness, equality, merit. An Australian head of state would better represent the things we stand for. Our head of state should not be chosen because of who their mother or father is or where they were born.

4) Monarchy doesn’t work. Australia should be fully independent. It’s not right for Australia’s democracy to be subject to a foreign monarch.

5) Good for democracy. Australia is one of the world’s most successful countries. We are independent, modern, unified and equal because of our own democracy and people. Becoming a republic would strengthen the best things about our country for the future.

7) We should have a democratic future. While we can never forget our past, having a Queen (or King) doesn’t reflect who we are today.

8) Everyone in Australia is equal as an Australian wherever you come from. Becoming a republic will better reflect our unique identity – including our multicultural and indigenous heritage.

9) Our young people should get a go. Any young Australian should be able to aspire to become Australia’s head of state.

10) Put Australia first: Australia’s head of state should be able to put Australia first in all situations. The Queen (or King) of England can’t represent us properly while we share them with lots of other countries

My heritage is Indian. That may predispose me to not wanting to have a British Raj in place for us in Australia. However, it also gives me a keen understanding of how the process of becoming a republic can and will be bedded down with a minimum of disruption and to maximum advantage.

In India, independence was achieved in 1947 on August 15th. However, it was not till around 2 and a half years later that India became a republic. That happened on 26th January 1950

So why the delay? Let me quote from an article that examined this issue in some detail:

“As surprising as it might sound, there was a time when the main aim of our leaders WAS NOT complete independence from the British. Our leaders were in favour of Dominion Status, where the Monarch of the United Kingdom would still be the constitutional head of India. However, around 1927, Bhagat Singh, along with Hindustan Republican Association, were gaining prominence in the Indian political scenario. Unlike the congress, Singh & company had proposed the idea of complete independence. This influenced the young leaders of the Indian National Congress like Subhash Chandra Bose and Jawahar Lal Nehru. They wanted Congress to demand complete independence as well, but their demand fell on deaf ears. So, in the December of 1928, the Indian National Congress passed a resolution demanding Dominion Status, and gave the British government one year’s time. The British rejected the idea, saying that India was not ready for home rule or dominion status.”

This angered the Congress. And during its session of December 1929, held in Lahore, a young Nehru was elected as President, and the Congress finally voted for Purna Swaraj (complete independence) as opposed to a dominion status for India…..

But the Brits were still around. Until the fateful day of 15th August in 1947, when India awoke to proper freedom. Our Constituent Assembly, however, was already formed in 1946. And our Constitution was ready by the 26th of November, 1949. It was then that the leaders, in honour of the first Independence Day celebrations of 26th January, 1930, decided to wait for 2 more months to officially enforce it.”

There is a certain parallel that can be drawn here. Our constitution was formulated and adopted in 1900 on federation. We have now had some considerable time elapse since then. It is an opportune time to visit the issue.

Maybe the mood of the population has changed sufficiently to re-examine the issue. And just maybe the populace will allow President Shakil and Vice President Rahul Rajan to assume the mantle of Australian Head of State!

There are a host of resources on the ARM website that may be of interest to a number of others reading this. That website is accessible here: https://www.republic.org.au/