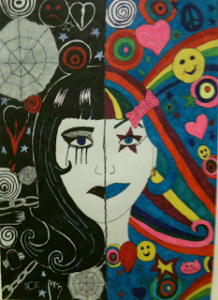 The Commonwealth Government has promised a lot but is delivering nowhere near enough to reduce the suicide tolls.

Nearly one-third of the Australian suicide toll is of the migrant-born, the majority who live socioeconomic stressors and disadvantages. Nearly two-thirds of all Australian suicides are socioeconomically narrated, of disadvantage. For First Nations peoples the poverty narrative is tragically much more pronounced, with nearly all the suicides of individuals who lived below the poverty line.

There’s a lot of posturing by far too many on the suicides crises and a lot of institutions and departments and services being seen to be doing something but little interface with the affected, the at-risk.

There are noble organisations and services, but they are few.

I am angry because after years of highlighting the suicide crises, many of us are beleaguered by Governments – State, Territory, Commonwealth – which deliver at best piecemeal, minimalist responses.

The same old who have long failed to deliver get funded. Yes, there is a ‘mental health’ and ‘suicide prevention’ elite who lobby for funding for their inner circle and the majority of funding is subsumed in research, data collection – like we need more! But the majority of funding is used up by the research bureaucracy, with little or no flow-on effect to those they rarely or never engage with – the at-risk.

There’ll be noses out of joint but so be it. I will not go to my last breaths with blood on my hands, with what should be said left unsaid. I am relieved that much of my outspokenness and brutal honesty galvanised what good I have been able to deliver and at least those people we reached directly or indirectly, their lives saved, lives improved.

First Nations suicide prevention needs a billion dollars investment and if so, suicides can be reduced to a couple score and not just brought to parity between First Nations and non-Indigenous suicide rates.

There is the possibility that by year’s end that First Nations suicides will for the first time exceed 200 suicides.

Victoria has few suicides each year of First Nations people. But thus far this year, Victoria has already exceeded all of last year’s 12 suicides.

The small Kimberley community of Balgo – with a population of a few hundred – has suffered three suicides of young people in the last few months.

Where are the get real responses?

The present suicide rates are in real terms higher than yesteryear despite the recorded data.

It is wrongly presumed that there were higher rates of suicides of First Nations Australians in the mid to late 1990s. That’s a poor research analysis. On average the suicide toll, each year of the 1990s averaged less than 100 per year. The average presently, over the last few years is 160 per year. However, in some of the years of the 1990s, the suicide rate was higher than present. But the then total First Nations population was considerably less than today. Since then, with every Census the First Nations population has considerably grown, by hundreds of thousands each Census, with more people identifying proudly. But the majority of those finally identifying proudly were not living below the poverty line. This skewed the data, reduced the suicide rate, the poverty narrative lost a little but when you disaggregate socioeconomically as I do and find nearly everyone lost to suicide lived below the poverty line, then we understand once again.

The suicide prevention plans in each State and Territory are worthless.

Australia will only reduce its suicide toll if policy makers are held to account on poverty and disadvantage.

Raising awareness of suicide and potential tipping points is not suicide prevention. Early intervention means preventing people from reaching the disordered thinking that is suicidal ideation, which culminates in toxic internalised grief, a negative psychosocial self, aberrant behaviour, and ultimately a suicide attempt.

Australia’s current focus is much further down the spiral than ideation. Too often, interventions take place so late in the piece that they have little chance of making a difference.

Any argument that there have been substantial investments by governments into suicide prevention is a false narrative. Money is being directed to perpetual research, with little of what is recommended going on to influence policy.

The investments are forever in the being-seen-to-be-doing-something basket, such as research, roundtables, trial sites, awareness and reductionist education campaigns – all which are relatively cheap to fund.

The suicide prevention trial sites are a misspend – an exercise to ‘integrate’ existing services in the health and allied health spaces and to squeeze more out of underfunded and overstretched services.

Where’s the focus on outreach? The seriously at-risk will never walk into any support service. Where are the calls for more specialist personnel, community care psychosocial support facilities, resourced home-based systems? People need people, both during critical periods and in long-haul throughcare.

Where’s the investment in improving the life circumstances of the acutely disadvantaged? The intersection of suicide with poverty is indisputable.

As a nation we lay claim to responding to the suicide crisis. We are one of only 28 nations with a ‘suicide prevention plan’.

But the plan is paper-thin. It’s about encouraging services to work collaboratively in suicide prevention and postvention, and that is the least of what should be done.

Australia’s suicide rate today is equal to 2015 as the highest it has been in ten years. To reduce suicide, we must reduce not only the number of attempted suicides, but also the hospital admission rate for self-harm, the rate of domestic violence, the prevalence of bullying, and the least discussed tragedy in the nation – child sexual abuse. We also can’t ignore the -isms: racism, sexism, ableism, and classism.

Individuals removed as children from their families are at highest risk.

Just as high-risk are individuals released from prison; they are at elevated risk to suicide or an unnatural death in the weeks and months following release. In the last few months, I and my colleagues have responded to the suicide affected families of six individuals who took their lives soon after being released from prison – one week after release, two weeks after release, the others within two months.

Also, at elevated risk are the homeless, followed closely by members of families that have been recently evicted from public rental housing.

In the last several years, I have responded to many families affected by suicide and trauma. I have found that a significant proportion of children and youth who commit suicide had been removed from their biological families. A significant proportion of fathers and mothers who took their lives had also been removed from their parents. The removal of a child from his or her family goes straight to the validity of identity. It hurts, and for many this pain is unbearable.

In working with suicide-affected families across the nation, I have found that at least one in four child suicides involved bullying. What is painfully bewildering is that in only a third of cases has the child told someone that they were contemplating suicide.

Child suicides are no longer rare – rates are the highest they have ever been.

Annually, more than 40,000 children between 12 and 17 years of age are estimated to have made a suicide attempt. One-quarter of 16-year-old females self-harm. 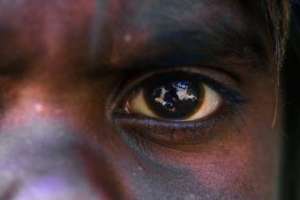 In general, the more financially disadvantaged someone is, the more susceptible they are to bullying and suicidal ideation.

Migrant children are also often neglected in suicide prevention discourse. They are at an elevated risk primarily because of racism, and the perception that they must ‘fit in’. This can lead to disordered thinking, internalised conflict, shame, and diminution of the self.

The National Mental Health and Suicide Prevention Plan 2017 to 2022 is fixated on the provision of support by self-referral, effective at the near-death experience. Improving life circumstances and early intervention approaches must be the focus.

As a nation, we have not prioritised this harrowing crisis. There is no greater legacy that any government can have than to prioritise and invest in the improving, changing, and saving of lives. If we do not hold policymakers and governments to account, then rest assured there is next-to-no-hope of significantly reducing the national suicide toll.

We must accept that poverty is a historical and contemporaneous suicide narrative.

Suicide is the 14th leading death cause of death globally but over three-quarters of suicides occur in low-income and middle-income countries. The other quarter, in high-income nations, more than two-thirds of the suicides are of people living below or in proximity to the poverty line. Experientially those at the coalface know this but the suicide prevention discourses remain disconnected from the coalface.

For two decades I have been arguing what is in my view and in my experiential research profoundly indisputable that suicide is predominantly a poverty narrative. However, counter and alternative narratives have shaped themselves disconnected from the poverty reality, built on speculation and whatever research since skewed thereafter by false premises and misunderstandings.

Researcher and psychologist Jason Bantjes described “suicide as a serious public health problem in low- and middle-income countries.” He is not the first. He and colleagues looked at understanding the context for non-fatal suicidal behaviour in order to cornerstone “public health interventions to reduce suicide.” He argued that poverty and symptoms of depression “are well established risk factors for suicidal behaviour.”

Mental health expert Jutta Lindert at the 8th European Public Health Forum reported that low-income countries in Asia and the Pacific and in Eastern Europe have among the world’s highest burden of suicide. Lindert associated suicides with “psychopathologies such as depression and hopelessness.” Lindert reported that “poverty, scarcity and economic crisis are associated with psychopathologies.”

“Suicide is the second leading cause of death for young people in Canada, behind accidents.”

The report found that 20 percent of Canada’s children “live in poverty” and “1.2 million children live in low-income housing.”

The report also found that sexual abuse was more pronounced below the poverty line but as a whole ten percent of children experienced sexual abuse.

The report argued, “Poverty and abuse create toxic stress for children that affects their well-being today.”

In February, the Western Australian coroner reported on 13 child suicides in the State’s Kimberley and found that they were shaped “by the crushing effect of intergenerational trauma and poverty.” The children were aged between 10 and 13. Pronounced negative factors that are more common within poverty were found; alcohol abuse, domestic violence, sexual abuse.