Kabi Kabi Elder and Bundaberg campus coordinator of Nulloo Yumbah at Central Queensland University, Cheri Yavu-Kama-Harathunian said she is devastated by the rising disenfranchisement of Aboriginal youth and the lack of action to end suicides by Australia’s Aboriginal children.

The suicide rate of children in Western Australia’s Kimberley region is now being claimed to be the highest in the world. 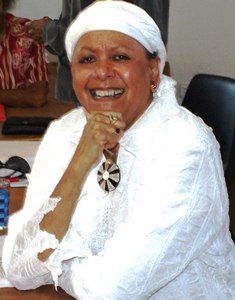 “Across my desk came a study that reported the number of completed Indigenous suicides in the Kimberley last year exceeded the Australian Defence Force fatalities in Afghanistan. I cannot comprehend this statement. It is too much,” Mrs Yavu-Kama-Harathunian said.

Mrs Yavu-Kama-Harathunian has Bachelors in Applied Sciences, Indigenous and Community Health, with a major in mental health and counselling and a Masters in Criminal Justice.

“There is something dreadfully wrong in our community but what can we do?” he said.

In Mowanjum alone, in January a 20 year old took his life while inebriated and in March a 44 year old retrenched Aboriginal mine worker hung himself. Weeks later a young girl was found in the bush having taken her life.

The Age newspaper revealed last year that in a four month period from July, 18 Aboriginal females and 22 Aboriginal males were admitted to Derby hospital for self-harm, attempted hanging, overdosing and suicidal thoughts.

In the Kimberley during the past 12 months there have been 25 suicides, 21 in and around Derby and Mowanjum.

The sad irony is that as mainstream Australia mourns the deaths of Australian soldiers in Afghanistan the number of suicides of Aboriginal people is higher.

“All around this community (Mowanjum) there is so much progress, production, affluence. What is this progress, this production, this affluence stealing from our people?” Mrs Yavu-Kama-Harathunian said.

“To read about this painful crisis, to recognise the layers of disconnection, the internal anguish, community sorrow, pain, trauma, suffering is like a microcosm of the inherent legacy of pain, torment, and suffering that our people are immersed in. This is a culturally collective crisis and it impacts upon all of us who say we are First Nations peoples. To think that this tiny little community possibly has the highest rates of suicide not just in Australia but in the world is insanity,” she said. “We are now picking up the pieces of our loved ones. How many suicides, how many more deaths will it take to open our eyes, and open our ears, to the silent screaming that is coming from the hearts and souls of those who are gone and of those who grieve and keep screaming for help?”

Despite the deaths there is no effective suicide prevention strategy being funded and administered in the Kimberley.

Mowanjum Chief Executive Officer, Steve Austin said the West Australian government was spending $150 million on the Derby prison while applications by the organisation for a Youth Coordinator to work with Aboriginal youth have been rejected.

“We get no help”, Mr Austin said. “It is as if the bureaucrats do not have any idea what we are up against. I wrote to Jenny Macklin when we lost the CDEP and we did not even get an acknowledgment letter,” he said.

According to Mr Austin the CDEP cuts were followed by a spike in suicides. Employment for Aboriginal people fell from 140 to 30. A direct appeal to Mrs Macklin to have the funds restored “fell on deaf ears.” The Stringer contacted Mrs Macklin’s office however at the time of going to press had not received a response.