You can’t cross the sea merely by standing and staring at the water. Rabindranath Tagore 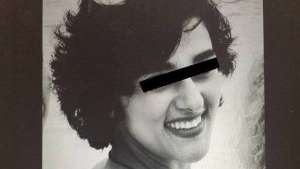 On Sunday night, just before 11 p.m. I received a disturbing Facebook private message. The message read as follows: (I reproduce it with spelling errors etc to be true to the message)

“We are asylum seeker in australian detention in nauru island.and we living for 26 month here. my sister 2 month ago assulted and raped in nauru.nauru police found her in really bad condition.she got bruised and After that they send her to nauru hospital she was shocked.after that they send her to ihms hospital in opc1for 2 weeks. the mental health group and doctors and psychiatrist from ihms allways pushed emigration for sending my sister to special mental hospital in australia .and allways told us that we will support her she has physical and mental problem . Because of her depression she tried to kill herself two time . She cuting her hand and drinking a bottle of insecticide. She hasnt eat food for one month. The police still havent identified that person. Even AFP said that nauru police dont have computer software for identifying the face. My sister life is in danger.all doctors and psychologist supported her for long time to sending her for special medical care to australia but suddenly 2 days ago emmiggiration from canbera send message to ihms that my sister has to stay here.those psychologist and doctors who allways said that she need special care far from here got silent after that and some of them said sorry.my sister need help. My sister lost too much weight.mr peter dutton should know whats happening to one 23 years old girl that is victim of one big truma. She need support. Please say to australian kind people that one younge girl need support after one big truma. all staff here crying for her when they see her face .she went out to nauru to go to her friend home for dance practicing that in a way of coming back she assaulted and raped. It could happen for everybody but in all around the world people will sopport those victms and iam sure australian kind people will sopport. Help her .now one month she hasnt talk and eat any thing i can see only her tear and her eyes that asking me to help her we are alone here .she get too weak .even she cant stand on her feet. ihms concern about her condition .but they want to force her to go where she experienced that truma. nauru is a tiny island all people know each other. Still that guy not arrested. Australian people this is one victim voice this is the tired sound of one girl that 2 month slept on bed. This is sound of one girl that asking for help.”

Msg 2: “The ihms promised us that they will support her but suddenly emigration forced ihms to keep my sister here. The doctors just told me contact with outside and say what happend this is the emigration decision and they want to cover up the story”

Msg 3: “At yhe beginning we were silent and just focused on my sister medical care.now just the staff crying and saying sorry”

Msg 5: “She got bruises and injured the doctors took image from her”.

Msg 6: “Please tell to australian people what happened to one girl and she need help”

Then followed a series of emails between us. Some of the information conveyed in the emails was as follows:

“Me and my sister and my mother came to cristmas island in 21th july 2013.     About 6 month we were in cristmas and after that they sent us to nauru detention. Near to 20 month passed from the time that we came to nauru.   Iam 20 and my sister is23  ..  After one protest in esfahan my city for water shortage the government security attached to people with small bullets and too many people injured . My sister just for humanity helped them and took footages from them and sent to medias . After that my family got in trouble.  Me and nazanin with my mother could scaped.   Becuse of humanity my family destroyed.  I studied in gp field but i left all those thing .    Now we are in contact with red cross for having contact with my family but here iam losing one another family member. My sister is victim of this dirty island  .this is doctors sentence.

My sister hasnt eat for 1 month and she hasnt talk too.  She is in opc1 under observation .she cant stand on her feet and just she slept on her bed. In one of her hand she is holding one cross and when any body talked with her she just steering.    She need australian people assistance to help nazi. She needs help as soon as possible.  Please do what ever you can for her.”

Subsequent to that, the ABC has reported on the matter. That report provided the following information:

“The family of a female Iranian asylum seeker, who was allegedly raped three months ago in Nauru, say the Federal Government has refused to allow her to be treated in Australia.

In May, 23-year-old Nazanin Bagheri left the Nauru detention centre to visit friends on the island. She was raped as she made her way back to the family camp. Ms Bagheri’s brother Omid said following the attack, staff from medical provider, IHMS, informed the family his deeply traumatised sister would be sent to Australia for treatment.

“Some of them directly talked with us and said that in the next few days, you and your family, will transfer from here to Brisbane for having special medical care,” he said.

But that has not happened. Since the assault Ms Bagheri has been kept in a separate compound away from her family.

“Because of her depression, two times she tried to kill herself,” Mr Bagheri said.

“One time with cutting her hand and the last with a bottle of insecticide.

“They’re keeping her in IHMS hospital after last suicide [attempt] for more than three weeks. And after that time she hasn’t talked with anybody, she hasn’t eaten anything.”

While local police initially denied the assault had occurred, they eventually conceded it had and began to investigate. However, no charges have been laid.

Australian Border Force has also confirmed it is aware of the incident and said it takes allegations of sexual assault seriously.

A spokesperson for the Immigration Minister said in a statement: “The individual concerned is receiving appropriate medical and mental health support and care in Nauru.”

“Medical professionals have advised that the individual does not require a medical transfer.”

“The information that I’ve been given is that staff at the detention camp have said that she can no longer be transferred to Australia,” Ms Hanson-Young said.

“That she won’t be given the medical assistance she needs and that directive has come from Canberra.

“What we know is that nobody has been charged as a result of this. In fact witnesses haven’t even had statements taken.

“These are the incidents that are going on, on a regular basis inside Nauru and somebody needs to start taking responsibility for them.”

A Senate Select Committee has been probing several allegations of corrupt behaviour and physical and sexual assaults within Nauru’s detention centre.

Ms Hanson-Young said the report will be tabled within weeks.

“That process has shed a lot of light on a lot of incidents that the Government denied, and didn’t want to talk about, that were happening,” she said.

“There is a cover up of the abuse and level of safety in the Nauru camp and the community as a whole.”

However for Ms Bagheri, it appears unlikely she will receive medical treatment in Australia.

The minister’s office has confirmed asylum seekers may be transferred to other countries in order to receive medical treatment not available on Nauru.”

Whatever our position in relation to people seeking asylum that come to this country we have to recognise that there are some inalienable rights that attach to us as human beings. One of these is for the preservation of their safety and health. If the issue has played out in the fashion it has in regard to this young girl, then we have an obligation, as a nation, to ensure that she is treated with compassion and in the appropriate fashion.

As indicated in the article above “The minister’s office has confirmed asylum seekers may be transferred to other countries in order to receive medical treatment not available on Nauru”. Let us be clear about the existence of the detention centre on Nauru. It was created and funded by us as a nation. The purpose of the detention centre was to house those people arriving here by boat primarily. Surely this then places the obligation to look after these people quite squarely on our shoulders. If this girl has been raped then it should not be the domain of the Nauruan authorities to deal with the matter. Likewise it should not be the domain of the Papua New Guinean authorities to deal with the matter. So why are we abrogating our responsibility to deal with these matters?

This was the report from Fairfax Media in September 2014:

“In changes made to the Migration Act on July 15, Mr Morrison revoked the direction to send male asylum seekers to Papua New Guinea’s offshore processing centre on Manus Island.

In the changes made under subsection 198ad(5) of the Migration Act 1958 (‘the act’), obtained by Fairfax Media, Mr Morrison writes it is in the “public interest” to “direct officers to take unauthorised maritime arrivals to the Republic of Nauru.”

It says the only people who are exempt from the Act are asylum seekers who are flown to Australia for medical reasons. “In this instance I direct officers to take the unauthorised maritime arrival to Papua New Guinea when the person no longer needs to be in Australia for the medical treatment,” the statement says.

As I have said and written many times, this is not about attempting to change the minds of people who would deny the provision of services to these people seeking our assistance. It is as much about ensuring the health and safety of our fellow human beings. It is about the treatment of people in a humane fashion and it is about caring for one another. These people have escaped persecution only to find persecution again in a foreign land. They are without assistance, they are without the provision of basic human dignity. We can but hope that governments of any persuasion will work to ensuring that basic human dignity that we are all entitled to.