Yolnu youth should not be finishing up in prison 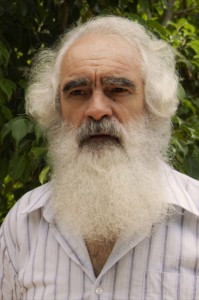 Richard Trudgen is a community development educator in the Arnhem who is worried that the rule of law has become too confusing for the Northern Territory’s Aboriginal peoples. He is concerned that the Yolnu people of Elcho Island are being treated with indifference and heavy-handedness by the NT Intervention authorities and by the NT police.

Aboriginal people make up about 28 per cent of the total NT population.

Mr Trudgen told The Stringer that people are becoming confused by the demands of the NT Intervention – which are effectively to assimilate.

He said NT islanders and remote communities in the Arnhem find mainstream Australia foreign. He said they are oblivious to many of the laws, the legal language and of the NT’s legal processes.

“All of sudden we are seeing two systems of Law at war with each other,” said Mr Trudgen.

“Our people are suffering for it, they are being overpowered by the NT Intervention.”

84 per cent of the NT’s prison population is Aboriginal. Proportion to population, the NT’s Aboriginal peoples are the world’s most incarcerated peoples. 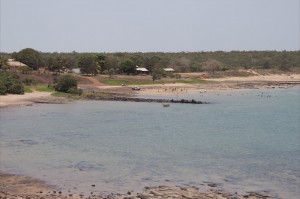 “We blame the Commonwealth Government’s Military Intervention as the cause of the angst. The tension had been building on the island since mainland police were relocated to the island and then permanently based there.”

“The Yolŋu people feel that the Law that they have assented to the Madayin Rom – original law – is not being recognised. Yolŋu still assent to their own Law by a ceremonial process but have little or no knowledge of NT or Australian Law and they do believe they have never assented to it,” he said.

“It is a two-way street, we understand this and we want to work with the rule of law, by all laws, but as I said it’s a two-way street. Yolnu Law precedes other laws and is the basis to a way of life and the identity of people and their Laws must be respected.”

He said that last weekend’s tension came to a head when a number of younger people in the community were arrested and taken to Darwin because they had failed to appear in Court.

This was heavy handedness he said.

“Many community members were very upset about this as they feared for their young people in what they see as foreign people taking them to foreign prisons. To prisons where their people do not know anything about the system.”

This problem has been identified by many during the last ten years but Governments have failed to remedy.

“They do not have a good grasp of English and are therefore alienated.”

“Also the people know that on being released from jail these young people will get stuck in Darwin.”

“In this community there is a great deal of confusion around the NT court system and around the legal processes in general. If people receive a summons they do not understand what the document is or much of what is written on it. Court is only every three months here, and people forget the dates. Most people do not keep diaries or even have a calendar. So court can easily be missed when people are away or at their Home Land communities which are well away from Galiwin’ku. Then instead of coming and explaining to the Elders what can be done to sort everything instead warrants get issued for their arrest because they didn’t turn up to Court,” said Mr Trugden.

He said many community members believed it is the job of the police to let them know when the court case is on. “Many people believe the police are paid to provide this service. And so they are waiting to be told the court dates and then get upset with the police and the police aides when instead they get into further trouble with the NT courts for not turning up.”

“Tension is increased with many of the things that the police might do as part of their normal duties but which puts them at odds with the people – offences under Madayin Law.”

“This includes the police being heavily armed in public all the time and opening bags only to reveal secret and sacred Law items Under Yolŋu Madayin Law it is a severe offence for the wrong people to touch or even see such items. In many instances it is offensive to open someone’s bag,” Mr Trudgen.

Mr Trudgen said people like himself and community members and some police officers who do try to support people are caught in the crossfire in trying to remedy the cross cultural and cross language issues. “Many of the community Elders have been working to support the police while they also support their own people, but they also get caught between the two systems of Law.”

“It is similar to the expectations by most Australians when the Australian Government will intervene and help Australian citizens when they get into trouble in another country.”

He said the Yolŋu people want more capacity enabled for their Traditional leaders to be regarded spokespeople by mainstream police and the criminal justice system. He said there should be police officers bred from the different clans who will understand their peoples’ needs and “how to reduce trouble.”

By not recognising the Traditional leaders the community is left helpless said Mr Trudgen. They have the respect among their people and therefore the capacity to deescalate various predicaments. If this does not happen more of Yolnu’s youth will senselessly finish up in the prison system – feeding the voracious appetite of the world’s highest incarceration rate of a particular peoples.

“There is no bridging the gap if you don’t involve the people,” said Mr Trudgen.

Leave a Reply to Jim Ley