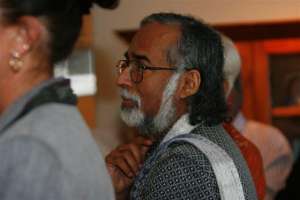 Suresh Rajan is a former president of the Ethnic Communities Council of Western Australia. He is a regular contributor on the subject of multiculturalism to media in Perth and has been so for many years.

Suresh is also an Ambassador for people with disabilities and is the President of the National Ethnic Disabilities Alliance (NEDA).

His career began with the Australian Taxation Office in Perth and over a period of 7 years managed various sections of the Taxation Department, in both Perth and Canberra. During this period he was responsible for the development of policy for the Federal Government in regard to taxation issues, and the conduct, before the Boards of Review and Supreme Courts, of cases that involved disputes between taxpayers and the Australian Taxation Office.

Suresh Rajan also has an accountant’s background and has regularly appeared on television and radio as an economics commentator. Suresh has a Bachelor of Commerce Degree from the University of Western Australia and a Masters of Business Administration Degree, also from UWA.

Suresh’s passion has always been the better integration of migrant communities with Aboriginal communities. He continues to work towards that end.