Brian Butler was born in Darwin in the Northern Territory, following his Mother’s (Emily Ann Gordon) forced removal from his Grandmother (Nana Eliza Gordon) where together they had lived in the detention centre known as ‘The Bungalow’ in Alice Springs. Emily was taken to the ‘Bagot Reserve’ detention centre in Darwin and it was here that Brian was born on 13 September 1938. Brian stayed in ‘Bagot Reserve’ with his beloved Mother and Godmothers Auntie Dolly Jamieson and Auntie Daisy Ruddick right up until the bombs started falling on Darwin at the beginning of World War II, forcing them to evacuate back to Alice Springs and into the comfort of reunification with family.Brian’s Mother and Grandmother are of the Aranda Tribe and Toby (Brian’s Grandfather) is of the Luritja Tribe from the Uluru and Areonga areas of central Australia. Brian’s tribal name is Jangala.Advocacy life began for Brian at the age of fourteen. The Elders of Alice Springs were demanding the return of their children, children who were literally torn from the arms of their Mothers and taken to all parts of Australia and overseas to foreign countries far and wide. The Elders instructed him to leave his community in central Australia and go to find the children who had been taken from them. Brian travelled from Alice Springs to Adelaide where he was sent to the St Francis Boys Home in Port Adelaide run by the Church of England. This was followed by his falsifying his age by two years so that he could enlist with the Merchant Navy as this field of work would provide him with direct access to all the major cities, and the ability to sight all the schools, churches and anywhere that one was likely to spot children of Aboriginal and Islander descent. 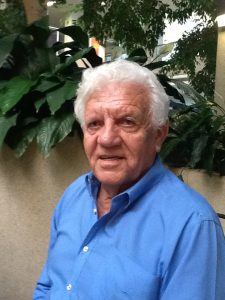 With over 60 years tirelessly working on reunification of Stolen Children with their parents, families and language groups nationwide, including our surrounding Islands, Brian continues to advocate for Truth Healing and Justice through his founding position on the Stolen Generations Alliance. Playing an instrumental role on the Indigenous Advisory Council for the National Inquiry into the Separation of Aboriginal and Torres Strait Islander Children from Their Families which produced the ‘Bringing Them Home Report’, Brian is also an active member of the Elders Council of South Australia.

Brian is committed to addressing the hard hitting issues of Lateral Violence by increasing knowledge and understanding of the impacts of Colonization, highlighting poor government policies and practices that still, to this day, continue to oppress, undermine and eliminate us as a people. He is adamant that Cultural Safety through education and accountability must form the foundations for all people working with and for Aboriginal and Islander peoples and their communities, obtaining and demonstrating competencies to create a truly culturally safe environment for all. Aboriginal and non-Aboriginal people need to understand Lateral Violence so that we can focus on practicing the opposite which is Lateral Love through unity based on the principals of Caring, Sharing and Respect for all humankind.

Brian’s sole purpose is to support Aboriginal and Islander individuals, Brian is the prime mover to ‘Zero Tolerance towards Lateral Violence and Racism’ and a Co-Founder and Director along with his niece Nicola Butler, of Lateral Love Australia incorporating ‘The Decade of Lateral Love Around the World 2012 – 2022’ campaign and the ‘Lateral Love & Spirit of Care for all Humankind’ campaign which has currently reach over 127,000 viewers in 129 countries world-wide without funding or support of any kind.

Brian offers support to individuals and communities in an ongoing capacity. Advocating for all of humanity from our sacred infants right through to our elders, constantly pushing for justice and encouraging our people to stand on their own feet and take charge of their own lives.