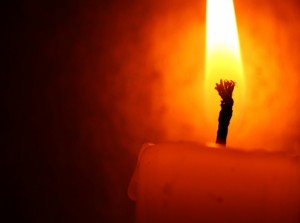 September 10 is World Suicide Prevention Day. It is estimated that around the world nearly one million people per year die by suicide. According to the World Health Organisation the figure is at least 800,000 people lost to suicide each year. This translates to a death by suicide every 40 seconds, more than 3,000 suicides per day. For every suicide the World Health Organisation estimates there are at least twenty failed suicide attempts. Therefore someone attempts to take their life every three seconds. In disaggregating statistics, the human narrative bespeaks solemnly, with First Nations people suiciding at much higher rates, with impoverished peoples suiciding at horrific rates.

Suicide is also underreported and underestimated, with many suicides unclassified because of inconclusive findings by coroners, and because many suicides have not been reported to various authorities as suicides and instead have been reported as accidents. Disadvantaged communities include minority groups, different language groups, impoverished communities, and these factors are more pronounced in remote living communities. Australia’s First Nations people die by suicide at the nation’s highest rate, according to the Australian Bureau of Statistics at 1 in 24 of all First Nations deaths per annum but independent research estimates that it could be twice as high as this rate.

Globally, suicide is the most common cause of death for people aged 15 years to 24 years. More people die from suicide than from murder and war.

According to the World Health Organisation suicide accounts for nearly half of all violent deaths in the world.

Poverty contributes as a stressor and poorer countries rank worst with high suicide trends. The disaggregation of data demonstrates that poverty is a significant factor. Impoverished communities in developed nations must be identified as many such communities will report clusters or a high prevalence of suicides. Guyana has the highest rate of suicide with 44.2 out of every 100,000, with North and South Korea next. Australia’s Kimberley region has a high rate of suicide at 36.9 out of every 100,000. The Kimberley has a population of 42,000, with nearly half the population comprised of First Nations people. The Kimberley, standalone, tragically competes with the world’s highest suicide rates. The Kimberley’s First Nations people, standalone, tragically outstrips the overall suicide rates of the world’s nations. First Nations people in the Kimberley endure suicide rates that tragically compete with the highest trends in the world. Australian First Nations males aged 25 years to 29 years endure a suicide rate of 91 per 100,000.

First Nations (Indigenous or Aboriginal) peoples all around the world have among the highest rates of suicide when national data is disaggregated. They have fallen victim to various oppression because of colonialisation, have endured intergenerational traumas, endure disproportionate poverty, many languish in abject impoverishment, they endure assaults on their cultural integrity and on their right to enjoy and manage their historical identities contemporaneously.

Suicide is also the result of associations to high and low expectations, to a sense of failure, from a sense of loss, from various disengagement from a sense of meaningfulness, from a sense that one is being persistently bullied and harassed to the point that one’s identity becomes a liability. Suicide is cumulative, originating in the psychosocial and often journeys through psychological and psychiatric disorders. Suicide prevention care plans acknowledge the impacts of various inequalities between people, the need to relieve poverty, the need to empower people, the need for ‘voice’, that people need the support of people, that identity should not be a liability and that all people have a right to self-determination.

– Gerry Georgatos is a researcher in premature deaths, unnatural deaths, suicides and in suicide prevention.