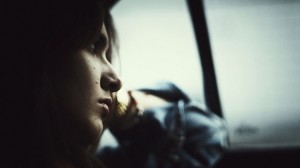 “We need a balance. We need our old people to come and talk to them in regards to culture. To survive, there has to be balance,” said Derby Elder, Lorna Hudson.

“All of our mob has been pulled into town into somebody else’s Country.”

“People are being isolated from culture.”

“You can empower our people by supporting them and listening to them, by sitting down with them and talking to them face-to-face and that’s not happening.”

“A lot of young people are still trying to identify themselves as to who they are. They have been cast aside from the mainstream and they see themselves as no good. When you are nobody, what’s the use of living? That’s when our people turn to alcohol and drugs to forget about what has been going on.”

“All you can see here in these towns is non-Aboriginal culture, the grog, the drugs, it is sad.”

Professor Chandler said the ways forward include the need to explore why some communities have low or zero suicide rates while others have high rates.

Dumbartung Aboriginal Corporation CEO Robert Eggington said that mental health “has been industrialised and commercialised” and is driven by profiteers rather than community-driven needs.

Prior to the roundtable, on Friday, Federal Minister Nigel Scullion met for two and half hours on the suicides crises with Professor Dudgeon and myself. Minister Scullion committed to responding to the crises and said that action must be “taken now”. He asked that he should be guided as to the ways forward and that he is ready to take the lead among his parliamentary colleagues with the responding. This is a must-do and we all agree.

Suicide can also be understood as the result of multiple, continuous and complex violations of The United Nations Declaration of the Rights of Indigenous Peoples. Chandler and his colleague Lalonde noted (1998), “If a simple job or marital instability is enough to heighten one’s risk to suicide… then what are the prospects for self-harm when one’s whole culture is officially condemned, one’s religion criminalised, one’s language is forbidden, and one’s right to rear and educate one’s children suspended?”