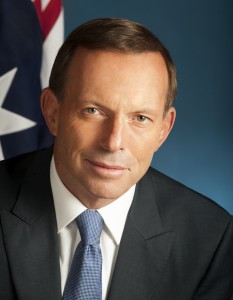 A little over a month ago it was reported Tony Abbott as the Prime Minister of Australia made a political gaffe or blunder when he stated “I guess our country owes its existence to a form of foreign investment by the British government in the then unsettled or, um, scarcely settled, Great South Land.”

But this was no blunder. It was intentional and showed the true values and beliefs of this Prime Minister. When he stated he wanted to be seen as Australia’s first Prime Minister for Aboriginal People it was about paternalism and intervention because we obviously are not capable of managing our own destiny.

According to Abbott we need to be told what to do. His personal interest though didn’t appear to last long instead relying on others, Noel Pearson, Nigel Scullion, Warren Mundine and Andrew Forrest to deal with the Aboriginal issues amongst themselves. In doing so Abbott has totally ignored any Aboriginal leaders outside this inner sanctum, including the majority of his own Indigenous Advisory Council.

And yes there are those who support the comment including Herald Sun columnist, Andrew Bolt, coincidentally the alleged “most read columnist in Australia”, which says something in itself.

Like a little kid who won’t give up a grudge Bolt writes “to properly defend Abbott’s comments means risking legal action under the very Racial Discrimination Act he now won’t change”. Bolt obviously learnt his lesson when he lost his legal case against “Fair Skin” Blackfella’s – not!

And that’s the whole point. These fellas just won’t learn, what’s more they refuse to learn no matter how much evidence and history is put before them. Bolt finishes with the line: “Abbott has reopened the history wars. But he may find many people won’t dare help him win them”.

After all the facts, research and history these men still are in major denial as if the massacres and frontier wars never happened. This is the real damage Abbott and his mob are doing to yet another generation of Australian children. They are denying our children the truth.

Let me share with you some truths. Abbott claims to be Christian and back when Opposition Leader he made a speech to a sold-out gala dinner in Melbourne celebrating the 70th anniversary of the Institute of Public Affairs, (IPA) with Rupert Murdoch as guest of honour.

For those who don’t know the IPA is a public policy think-tank based in Melbourne. It supports free market economic policies including privatisation and deregulation of State-owned enterprises, trade liberalisation and deregulated workplaces, they promote scepticism towards climate change and have called for the abolition of the minimum wage. They were behind the recent move to water down the Racial Discrimination Act.

When people tell you how visionary Noel Pearson is just do about 10 minutes research on Google and you will see there is no vision there at all, only a charter driven by the IPA.

So Abbott states at this gala dinner the following and we witnessed then an important insight into the man who would soon become the Prime Minister of Australia: “In contemporary Australia we have well and truly, and rightly, left behind the old cult of forgetfulness about our Indigenous heritage. Alas, there is a new version of the great Australian silence – this time about the Western canon, the literature, the poetry, the music, the history and above all the faith without which our culture and our civilisation is unimaginable.”

The term “great Australian silence” was first used by anthropologist W.E.H Stanner in describing how we Blackfella’s had been erased from Australian history and consciousness. So, yes, Abbott has no moral compass when discussing Blackfella issues.

Abbott continued: “In the garden of Eden, Adam and Eve believed they could do almost as they pleased. But freedom has its limits and its abuses as this foundational story makes only too clear. And yet without freedom we can hardly be human, hardly be worthy of creation in the image of God.” Abbott also thanked the IPA for its work defending “western civilisation”.

Understand this, Abbott is a staunch colonialist, this is who we are dealing with and every Blackfella who stands by this man … that will be your legacy.

I wonder if Abbott ever took the time to realise every major religion, whether it be Hinduism, Buddhism, Islam or Christianity, was formed by Blackfella’s – yes people of colour.

There is not one major religion created by whitefella’s. These are a people who have no faith of their own, who have instead misappropriated religious faith from people of colour – Jesus was Black and look what they have done under his name!

We are dealing with people who have no idea or desire for the truth, which would be to acknowledge the contribution of people of colour to civilisation.

Why? Because they are racist, yes, racist. We can beat around the bush and deconstruct colonialism until we are blue in the face … the problem is Black and Indigenous cultures are dismissed by a people who see them as inferior.

No debate, no argument – that’s the problem. This is confirmed every time Abbott gets up and displays his love for Western civilisation. We live in a racist society and are educated by its racist school system that only teaches about white contribution and history – that is fact.

And so the people who graduated from this education system listen to Abbott and read Bolt, nodding their heads in agreement because they just don’t know or care about the truth.

Racism is not part of the human condition, it is taught. You are not born racist, you are born into a racist society… you have to be taught to be a racist.

Just think of every image you have seen of the last supper with Jesus. In reality everyone sitting at that table was of colour and yet in every rendition we ever see everyone is white. Every angel we see in every painting in every church is white, like there are no Black people in Heaven.

European Western philosophies are no match for Indigenous Knowledge systems so they are refused access to Western educational systems by force. Just imagine if Blackfella’s who are still in touch with their dhua (essence) of Burruguu-ngayi-li (Dreaming) took on world leaders in a debate about humanity, endurance, survival and respect. I know who would win that debate!

The trouble with holding such a debate is world leaders have done everything in their power and are still trying to erase every living aspect of Indigenous Knowledge systems from the cultural memory of our children. Why else would they be so determined to stop our children from learning their own languages at school?

Henry Ergas wrote only on Monday in The Australian newspaper the beginning of “Aboriginal welfare dependency” was because we lost an entire industry of Aboriginal stockmen working on the land in the 1960’s!

The reason given by Henry Ergas? It was because up until that time we were receiving rations for wages as stockmen and living on missions and the welfare dependency was the result of a disastrous push for civil rights and equal pay.

Why? Because rather than be paid equal wages we were moved on into shanty towns having to live as fringe dwellers in our own land. The problem according to these conservatives is not that we were being used as slave labour – yes, slaves, it was because we resisted being treated like slaves. It’s time to speak and write the truth. If you don’t pay someone who is forced to work for you then that is slavery no matter what cultural background you come from.

The problem was that because of the demand for full wages we were no longer profitable and let go. You see, according to people like Ergas it was our own fault for demanding equality!

The 1960s were witness to a dramatic upsurge in political activism which had a profound effect on Australian society with the political turbulence created in the wake of the Freedom Rides and the Tent Embassy going hand in hand with the Australian Referendum of 1967. This is the power of active demonstration.

Again, here was an opportunity to learn from the past and create a new truth but once again those with real power refused to give any power back to the people and such movements. Instead they gave way to the exploitative and oppressive foundations on which capitalism had been established.

This period can simultaneously be identified with a new Indigenous capitalism that appears to have triumphed over Indigenous owned community governance. This led to the rise of a new Aboriginal bourgeoisie and a decline in Indigenous cultural nationalism and the fall of Aboriginal revolutionary activity.

Aboriginal law and ceremony were to become things of the past, romantic stories to tell grandchildren, and our communities on mineral rich lands become ripe for the picking. This led to the Northern Territory Intervention where Aboriginal communities had their rights taken away, community controlled organisations were shut down and Blackfella’s lost their jobs to whitefella’s who came in as private contractors.

This is the truth behind the Third World living conditions and poverty our people endure. The government undermined the Aboriginal Land Rights Act and refused to build infrastructure and provide resources to Local Community Councils. This is what happened to the families of these Aboriginal stockmen who built this country and the cattle industry with their sweat and unpaid labour. This was the consequence of them daring to demand equal wages.

Why don’t we have that conversation, Mr Abbott? Instead we have new government policies wanting to take further control of community townships, after causing the poverty to begin with. Our communities are now being asked to hand over control with new 99-year leases, which under Australian law is virtually an acquisition.

In return government would pay a lump sum which, while a pittance, is a massive incentive to people who are forced to live in Third World poverty. But, wait – the money to pay for the leases would come from the Aboriginal Benefit Account, a mining royalties account controlled by the Minister for Indigenous Affairs, and not from general revenue funds, which means they will be using money that already belongs to Aboriginal people to take control of some of the most valuable, naturally resource-rich land in the world.

This goes beyond corruption and gives a further explanation of Abbott’s love for Western culture, a culture he has obviously learned very well.
Dr Woolombi Waters is a Kamilaroi language speaker and writer and is a lecturer at Griffith University. He writes a weekly column for the National Indigenous Times. Email: woolombi.waters@nit.com.au