Withdrawing Support Will Increase Dispossession In Aboriginal Communities, Not Resolve It 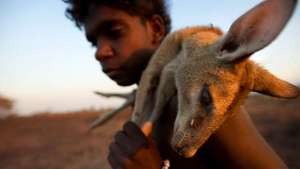 This plan is in direct conflict with Australia’s commitment to the United Nations Declaration on the Rights of Indigenous Peoples, which states that Indigenous peoples have the right to live in their own communities without discrimination, and are entitled to Government support to do so. Furthermore, it states that actions are not permitted if they are likely to have the effect of dispossessing people of their lands.

In addition, while the Government claims it will only deprioritise support for communities with fewer than ten people, its actions show otherwise. Stanley Warrie, Chairperson of Cheeditha, a community with approximately forty residents, was offered a significant amount of money to relocate his community to Roebourne.

State Reform Leader Grahame Searle claimed to have no knowledge of this deal, and went as far as patronising Mr Warrie by stating he had probably misunderstood due to “language barriers”. It then transpired that Mr Warrie was correct – Member for Pilbara Brendon Grylls confirmed that he had offered the community $5 million to relocate.

What would make a community refuse to merge with another community – even for $5 million? Culture. Cheeditha is Yindjibarndi, Roebourne is Ngarluma, and Mr Warrie worries that his community’s culture would be lost should they be forced to merge. People are clearly sending the message that Aboriginal culture is priceless – but is the Government listening?

When different groups are forced to live as one, as is already happening in Roebourne, they’re often faced with the depressing choice of maintaining their distinct cultures and clashing as a result, or losing their identities in the pursuit of peace. And as history shows, losing one’s identity causes Post Traumatic Stress Disorder, which presents a range of health, social, and economic challenges.

People are struggling with dispossession, and the Government sees this and concludes that the solution is further dispossession. Either they are not listening, or they are not being entirely forthright, and their ultimate agenda has always been assimilation.

The deprivation of culture is devastating because the benefits of culture are profound. Australian Aboriginal people continue the oldest living culture in the world, and Amnesty International Australia’s The Land Holds Us is just one of many reports outlining how people experience superior health, social, and spiritual outcomes while living on their homelands.

Unforgivably, the Government still doesn’t acknowledge the importance of culture. Les Thomas of SOS Blak Australia comments, “You’ve got this top down imposition determining things purely on an economic basis and complete disregard for our mob who have a right to live on their own country, practicing their own ways.”

How has the Government got it so wrong, when it claims to have consulted with communities? For starters, the plan was made long before any consultation took place, with a list of “unsustainable” remote communities published in 2010 and WA Premier Colin Barnett’s announcement regarding their closure made in 2014. Then over the past year, the Regional Services Reform consultation process involved visiting up to five communities in one day, ensuring there was only room for tokenism rather than genuine dialogue.

Michael Woodley, the CEO of Yindjibarndi Aboriginal Corporation, emphasises, “It’s not fair to say we had a process for 12 months. They never had consultation for 12 months, but this affects everyone up here.”

Mr Thomas agrees, explaining, “While they may claim to have consulted, the overwhelming majority of community members are in a state of confusion and deep concern and fear.”

The roadmap admits that the Government has consistently failed to provide effective and efficient services to remote communities, but reports by Aboriginal authors have been saying this for years. Now that the Government is armed with this knowledge, it should be listening to residents genuinely and openly on how to direct funding more appropriately, rather than preparing to deny funding to some communities altogether.

While only time will tell what Aboriginal Western Australians will have to endure next, thousands of people all over Australia – and the world – continue to stand in solidarity with them and urge the Government not to withdraw support.

Whether it’s people overseas signing petitions, SOS Blak Australia and its supporters protesting at rallies, or politicians like Member for Mining and Pastoral Robin Chapple introducing his Prevention of Forced Closure of Remote Aboriginal Communities Bill 2016 as part of his Home is Heritage campaign, it’s clear that people everywhere value the oldest living culture in the world, and will fight to see it treated with the respect it deserves.