Wiradjuri social justice warrior passes away – the soul rolls over 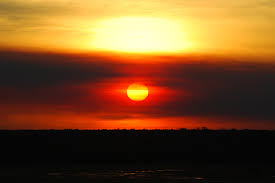 It is not often I write about the passing of anyone – each day millions of us pass from this world – our souls roll over. This morning, 74 year old Wiradjuri social justice warrior, Ray Jackson passed away. He was a soldier of peace, a warrior to the end.

Ray and I talked regularly. He was not well of late but fought to be at one rally after another – whether for the rights of refugees, whether for his lifelong passion the Aboriginal rights struggle. He was not just a person of words, he was a person of great deeds and actions, standing solid with grieving families right across the continent who had lost loved ones as a death in custody or to some grievous injustice.

It was only weeks ago that he was at the funeral of Pat Eatock. He was cut to the bone on the day in mourning.

It was only weeks ago he was advising me to concern myself with my own health, to slow down when necessary, “that we need you as a warrior to soldier on.”

He knew his time was fast approaching but as his long time friend and comrade, Narrunga Elder Tauto Sansbury said, “There was no more dedicated social justice campaigner than Ray. He was there for everyone in the struggle for our people. He was there for so many families who lost a loved one to injustice. He was dedicated to the end, he knew no other way.”

Another individual who did not want to be named summed up Ray, “He was about people. He was about each individual. When someone was down, when something was not well, he would take you aside, take a walk with you and lift your spirits.”

Like the truest warriors in Australia’s many social justice causes he was never a recipient of an Order of Australia or of any acknowledgments that should have been his due. But his lifelong work was recognised by the French Government.

On receiving the award, Ray had said, “It is with a great sense of shock and awe that the years of struggle by the Indigenous Social Justice Association – since 1997 – has been recognised for its human rights work.”

“We are quite sure that no government in Australia, at any level, would have entertained the thought that the work of our association would warrant any praise or recognition in our attempts for real justice for those whom we represent.”

The CNCDH was established in 1947. The award to Ray’s Indigenous Social Justice Assocation was the first given to an Aboriginal and/or Torres Strait Islander association in Australia.

As a PhD researcher in racism and deaths in custody I had much personal contact with Ray. I knew of his support work in coronial inquests around the nation. I knew of the families he just listened to. I knew of the healing and closure he was responsible for. I knew of his big heart and his humble but relentlessly generous being.

Ray Jackson was a child of the Stolen Generations – his father died in World War Two and Native Welfare saw to it that he was ripped away from his Black mother.

As your soul moves on, much respect my friend, brother and social justice comrade. Australia may never have acknowledged you but hundreds of thousands know who you were and of everything that you did.