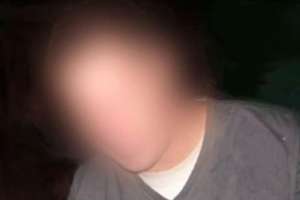 Because of the amount of discussion and public debate focusing on Aboriginal Culture being responsible for child and sexual abuse I wanted to write this week on non-Indigenous “White” Australian communities. I started by researching a number of stories over the last week that showed examples of sexual abuse within their culture.

The outcome is disturbing to say the least. It doesn’t take long to uncover deep-seated endemic problems situated within White Australian society when it comes to child sexual abuse.

One example of how such sexual abuse is embedded within White non-Indigenous culture is in the way many social commentators and popular media have described such high profile court cases such as Robert Hughes and Rolf Harris, both non-Indigenous White men working in the entertainment industry, as “witch hunts”.

One article describes these cases as “old retired entertainers get ruinous persecutions and rare convictions for groping willing groupie fans in the 1960s to 1980s.”

It reminds you of the old saying “those who point their fingers and scream the loudest are generally the most guilty”.

Now I am focusing on students within Grade 10 as many of these students remain under the age of consent at only 15 years of age.

The survey shows even though 15 years is below the legal age, experience of sexual touching within males was 63.5 per cent and females were 59.6 per cent with a total 61.3 per cent having experienced sexual touching by the end of Grade 10.

Only 6.5 per cent of boys and 4.2 per cent of girls had stated they had not had sexual intercourse of any kind within these White non-Indigenous communities.

The problem is that as Aboriginal people we are continually judged on issues of race and persecuted through racially-based assumptions made against us. Within the non-Indigenous communities when identifying such statistical information within their own White communities it is not seen as sexual abuse but instead it is written off as changing trends in adolescent sexuality.

I then found this article from the March 3 edition of The Australian Woman’s Weekly titled: “Why girls are having sex at 12” where its states teenage girls are under more pressure to have sex than ever before “so it’s time to stop judging and start helping them”, wrote Jordan Baker.

Now I understand the article does not state non-Indigenous but having seen this publication over the last 30 years print little to no articles on Aboriginal people, other than about Cathy Freeman after she won an Olympic gold medal, it’s fair to say this is a non-Indigenous magazine written for a mostly non-Indigenous audience.

The article goes on to state even girls as young as 12 years of age within the White non-Indigenous community are shaving their pubic hair.

“Everyone shaves. Everything,” 16-year-old Anne is quoted as saying in the article. “If you’ve left it, you are classified as disgusting. You’d be embarrassed for the rest of your life. Boys would pay you out, call you hairy. People start shaving in Year 7 (that’s about 12 years of age).”

Dolly magazine’s Youth Monitor found 56 per cent of teens first had sex between 13 and 15 years of age, a figure backed up by an Australian study that found the age of girls’ first sexual experience ranged from 11 to 17 years with a median age of 14.

The main reasons given by the article was (non-Indigenous White) children as young as 12 are regularly too drunk or high at social gatherings and pressure from a partner as alcohol (consumption) has gone up over time, too and it’s intimately connected to their sexual behaviour.”

Rates of sexually transmitted diseases are rising, especially among 15 to 19-year-olds. In 2008 slightly more than 25 per cent of all chlamydia infections were in the 15 to 19-year-old age group and girls were diagnosed at three times the rate of boys within non-Indigenous White communities.

These are just the statistics. The anecdotal evidence is more frightening. Michael Grose, a Doctor and specialist in youth sexuality says there is a casual attitude to oral sex. “I’ve heard stories from teachers of oral sex occurring at school,” he says.

“My generation went behind the shed and had a smoke. It’s been put to me that oral sex at school is like smoking. That’s extreme but I think extremes explain the norm.”

This doesn’t sound unusual to 16-year-old Anne either. “Oral sex happens a lot. It’s before losing your virginity,” she tells The Women’s Weekly. “I had a 16th birthday party and apparently two people were doing it on my front lawn.”

Research shows most children within the non-Indigenous White community have viewed explicit pornographic content online before their 11th birthday.

It is clear sexuality and abuse of under-age girls within non-Indigenous White Australia is out of control and yet there is little to no publicity on how the sexuality of children, particularly young girls within the non-Indigenous community is embedded deeply within White culture and their communities.

Just walk into family stores like K-Mart and Target and you will see padded bras for 10-year-olds, tube tops and high cut pants and low cut jeans for girls under 12 years of age. These are department stores run by non-Indigenous White people exploiting underage sexuality for profit.

Traditionally when parents would sleep in on a Saturday Australian kids as young as five or six years of age would watch cartoons until their parents woke up. Now while parents are sleeping non-Indigenous White-controlled television networks are showing music videos early on a Saturday morning of woman often surrounded by a number of half-naked men with their bodies oiled, singing about sex and who has the largest penis often referred to as a “big Banana” or an “Anaconda”. Kids from white non-Indigenous families these days are practicing twerking rather than playing tag out in the backyard.

Where were Andrew Bolt and all his mates demanding Johnson get serious jail time, for white Australia to clean up its filthy act, for government to “intervene” into the lives of these white people? Well, he was nowhere to be seen or heard. He is only interested in this sort of stuff if he can tie it to our Mob and our Culture.

District Court judge Rosemary Davey said Johnson openly chatted with the woman about the origin of the child pornography. “You said the photos were obtained from single mothers who were paid to provide their daughters for the images,” Judge Davey said.

Should we begin to state alleged numbers here as non-Indigenous journalists do within stories about our mob? What we do know is this child abuse demonstrated by Johnson is systematic involving a number of single parent families and yes he is trafficking in images of child pornography having shared them with others.

It makes you wonder just how many cases of child pornography occur within the White non-Indigenous community that go unreported.

Detectives found numerous (again why no alleged numbers as there would be if this article was about our mob?) child exploitation images on Johnson’s laptop computer dating back a decade.

I looked up the definition of numerous and it stated the following: “great in number; many: “she had complained to the council on numerous occasions” synonyms: many, a lot of, a great many, very many, countless, scores of, innumerable; More…”

So we could easily allege there were at least thousands of images of child pornography (which is quite a conservative amount) collected over a decade as there are no alleged numbers or estimates as we see with reporting that occurs against our mob.

Judge Davey rejected Johnson’s claims he had no sexual interest in children and had only accessed the depraved material to find out if he was sexually aroused when viewing the pornography.

“I doubt that you have truthfully explained your motivation for your offending … you must have had an interest in children in such sexual and degrading positions,” she said.

“While you may not have touched a child on any occasion … the user of this material is complicit in the abuse of children,” she said.

Judge Davey suspended Johnson’s sentence of two years and two months on the condition he enter into a three-year good behaviour bond and take part in a sexual offenders treatment program.

And yet via spurious association, we as Blackfella’s are labelled as child molesters through public media campaigns of racial bigotry. Where is the justice?