Who or what killed Ms Dhu? 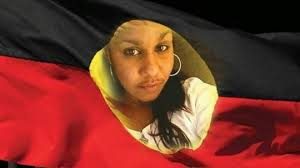 I have attended nearly three of the four days thus far of the coronial inquest into the police watch house death of 22-year-old Ms Dhu. I walked away today somewhat disenchanted at the prospect of substantive systemic changes. Yes, hopefully the long awaited end to the jailing of fine defaulters will come and we will also see the speedy implementation of the Custody Notification Service. But what of the racism, the classism, the negative stereotypes disconnecting society? I walked out of the court dejected by the reductionist testimonies, the blame shifting, the less than honest responses, the ‘cannot recall’ line.

I am one of these types who believes that people should be honest, and where it can make a difference then account for their every word and deed. However that is not the society we have geared ourselves towards or that our legal systems prosper from. Interest groups and individuals are about covering their back and their lawyers respond accordingly to their direct needs. People make mistakes, people make poor decisions and people are vulnerable to biases, prejudices, racism, classism, the whole lot. But we need to admit our mistakes, so we do not keep on screwing over others. Everyone is entitled to redemption, or should be. Outside the likely implementation of the Custody Notification Service and a possible end to the jailing of the acutely poor (fine defaulters), this coronial inquiry because it is high profile could have generated an in depth insight into systemic, structural, institutional racism – but alas another missed opportunity.

Today, I heard a medical director of the Hedland Health Campus “categorically reject the notion of institutional racism” at his hospital. Well, that’s bullshit. He claimed that there has been significant cultural awareness training at his hospital. He stated that 70 per cent of patients at the hospital are Aboriginal and/or Torres Strait Islander peoples. He does not understand what institutional or structural racism is and means. Cultural awareness and anti-discrimination training require one to acknowledge that racism exists in every institution, in every workplace, among the most well-meaning and best of people. All structures are people. Of course there is racism at Hedland Health Campus, just like there is at the South Hedland Police station.

Racism has many veils and layers. Racism is not limited to the overt and often visible harm that one can do to another but includes also what people think of others. Classism has fundamental similarities, from the presumptions of people as lowly or as scum, and of perceived affectations from their marginalisation. Racism and classism, just like ageism and sexism, perniciously assert within even those who presume themselves ‘progressive’. There is nowhere I have never seen racism, classism, sexism and ageism, not even in coalface social justice and human rights groups. They are often impossible in the immediate to cull but can and should always be managed or worked through. The coronial inquiry has this opportunity – this in terms of the systemic racism that led to Ms Dhu’s death.

Today, the coroner’s court heard that medical staff failed to properly investigate the vital signs of Ms Dhu during her two brief presentations. No-one took her temperature. Yet she was found to be ‘warm’ when touched. No-one ordered a chest x-ray. Yet she complained of chest pains and reported a recent rib injury. In the tumult of triage, with rapid assessments generally the go, medical staff failed to insist on a full suite of medical tests, despite Ms Dhu complaining of unbearable pain, weakness, chest pains, and despite tachycardia – she recorded a pulse beat of 126 per minute. The racism and classism coupled, Ms Dhu was seen as a drug using impoverished Aboriginal person. She was not taken as seriously as she would have been had she been a working or middle class non-Aboriginal person.

In February 2016, there will be another opportunity in the coroner’s court to address the same systemic issues that led to Dhu’s death. Another Aboriginal woman, 44 year old Maureen Mandijarra, died in a Broome Police watch house cell on November 30, 2012, after being detained for being drunk in public. The next morning she was found dead in her cell. There are also three more Aboriginal prison deaths in custody waiting coronial inquest dates in Western Australia. All three committed suicide – Jayden Stafford Bennell, 20  years old, who died on March 6, 2013, Aubrey Wallam, 31 years old, who died on October 22, 2014 and Mervyn Bell, 28 years old, who died on September 8, 2015.

Next week, the Hedland police officers will have to account to their every word and deed. Will they be honest? Who knows? They should if they want to see a difference made. A high level insider has stated to me that the police officers and the Police Commission have been asserting that in effect Ms Dhu’s deterioration and death was not their fault. They have shifted blame to the medical personnel. They argue that they presented Ms Dhu twice to the Hedland Health Campus but that the medical personnel “gave the all clear”. Yes, the medical personnel failed Ms Dhu. Yes, the medical personnel could have saved Ms Dhu. But they did not, and yes, the medical personnel need to be honest here – that they disastrously screwed up. They did not take an impoverished Aboriginal woman in police custody as seriously as they should have. The nurses and doctors can argue all they like, but these otherwise very good people should call in the racism that clouded their thinking and judgments. But hey, that is not the society we live in. I’ve understood racism since a young child, it is my lived experience – this has never been a society where individuals and institutions come out with the admissions. You need everyone to come together if you’re going to resolve racism – does not happen any other way.

Police officers failed to respond to the relentless cries for help by Ms Dhu. They took her twice to Hedland Health Clinic where she was reduced to, assumed to be, an impoverished, substance misusing Aboriginal person, and as though unworthy of proper care, and soon after discharged. The coronial inquiry can delve into the detail of what was said by police to Ms Dhu and what was not done by medical personnel for Ms Dhu. The coronial inquiry can delve into the incomplete medical assessment of Ms Dhu but what the coronial inquiry must drop all onus onto is the why this occurred, and it must deliver substantively its findings and rulings from this premise. We are hearing a lot of what should have been done but not enough on why it was not done.

Next week the police officers involved have the opportunity to rise to the occasion – I am sure most if not all of them are very good people. Unlike the medical personnel thus far who have failed to apologise and admit their errors, the police officers can lead the way, apologise for their mistakes – that they had no right to not take seriously Ms Dhu at all times, that they did see her as ‘just’ an impoverished Aboriginal person. The police officers have nothing to lose by being honest, they have in fact everything to gain. Just like the medical personnel did.

The causative factor that led to Ms Dhu’s death was not the alleged domestic violence between Ms Dhu and her partner, Dion Ruffin – this is not relevant to the coronial inquiry. The police officers and the medical personnel per se were not responsible for the death of Ms Dhu. But the underlying reasons behind some of their actions were responsible for the death of Ms Dhu. Who and what killed Ms Dhu? The causative factors were racism and classism, institutional and structural racism and classism. Where the police and medical personnel do not rise to the occasion and admit this, they then become complicit in entrenching racism.

The State Government, Hedland Health Campus and the Western Australian Police should also scrub up a significant compensation package for the affected family members – particularly the five siblings of the late Ms Dhu – to assist them through trauma recovery, healing, and to send the vital message “that we care” and “are sorry”.

Declaration of impartiality conflict – Gerry Georgatos, a suicide prevention researcher and prison/custodial systems reform advocate, has lobbied the Federal Government for the Custody Notification Service and alternatives to the jailing of people for fine defaulting. He has also lobbied for other recommendations and outcomes on behalf of the family of Ms Dhu. Georgatos is a prolific writer on racism and discrimination and his two Masters and PhD racism have delved deeply into identifying and understanding racism and the ways forward.