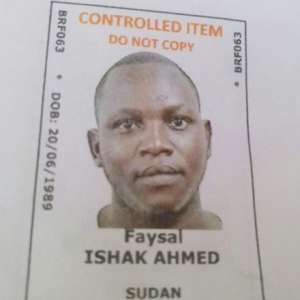 I have delayed writing this piece because I have been concerned that the story would get swamped in the season of goodwill and not inconsiderable libation that we have been indulging in during the last few days here in Australia. I have left the cudgels of this particular issue to be taken up by those like Ian Rintoul and Marilyn Beech, who do this day in and day out with a passion born of love, Love that would impress advocates such as Dr Cornel West. In his words “You cannot lead the people if you don’t love the people. You can’t save the people if you don’t serve the people”.  Ian and Marilyn certainly lead and can save and serve their fellow human beings.

Back to the issue at hand. We were greeted with the news on December 24th of the death of Faysal Ishak Ahmed. ABC News reported the following:

“The Department of Immigration and Border Protection says a 27-year-old Sudanese refugee from Manus Island detention centre has died in the Royal Brisbane and Women’s Hospital after being airlifted to Australia for urgent treatment.

The department released a statement confirming the man, named as Faysal Ishak Ahmed by the Refugee Action Coalition (RAC), suffered a fall and a seizure and had subsequently died in the Brisbane hospital.

“The Department is not aware of any suspicious circumstances surrounding the death and expresses its sympathies to his family and friends,” the statement said.

Mr Rintoul said it was not yet clear whether the emergency was a result of Mr Ahmed’s head injuries or because of “underlying medical conditions that led to his collapse”.

He said Mr Ahmed had suffered numerous blackouts and collapses over the past few months and suffered head injuries on Thursday night when he collapsed inside Oscar compound at the Manus detention centre.

The case had once more thrown a “stark light” on the failures of International Health and Medical Services (IHMS) — the medical provider servicing the Manus detention centre, he said.

Mr Rintoul said Mr Ahmed had made numerous complaints to Border Force and IHMS because of a lack of treatment.”

Further reporting from the Sydney Morning Herald in regard to this case is particularly relevant and concerning. As the SMH reported it:

“The previous day, Friday, Mr Ahmed, 27, had been flown to Brisbane after what Australian government officials describe as “a fall and a seizure” at the detention centre.

The statement of less than 100 words released by the Department of Immigration and Border Protection on Christmas Eve to confirm Mr Ahmed’s death makes no reference to the numerous requests made by Mr Ahmed for medical attention well before he apparently fainted and hit his head when he fell.

Nor is there any mention of the many formal complaints Mr Ahmed lodged with Australian Border Force and International Health and Medical Services (IHMS), the organisation contracted to provide medical care.

Under the heading “Death of a Refugee”, the department’s statement notes that it is not aware of any suspicious circumstances surrounding the death and expresses its sympathies to his family and friends.

The most serious omission in the department’s statement was that Mr Ahmed’s fellow Sudanese detainees had written a letter to IHMS last Wednesday pleading for Mr Ahmed to receive urgent treatment.

Obtained by Fairfax Media and signed by 60 Sudanese detainees, the letter said Mr Ahmed was suffering from chest pains, muscle tightness and breathing difficulties, and that his condition was getting worse “day by day”.

The letter said Mr Ahmed had been told by an IMHS GP that day that there was “nothing wrong with him” and that he would not be seen again for the problem he complained about.

The detainees said Mr Ahmed was deeply hurt at the suggestion he might be exaggerating his illness and that he told them: “I am not pretending that this disease would kill me.”

The letter concluded: “If you have not listened to what we have advised you, IHMS will be held responsible for whatever happens to our brother Faysal in the very near future.”

The veracity of the letter’s assertions will be tested when the death is investigated by the Queensland coroner and, if refugees advocates get their way, a royal commission or independent inquiry. But three questions are raised by another death on Manus.

The first is whether Mr Ahmed received adequate medical care in the months leading up to his death, and whether requests were made earlier by health professionals for him to be treated in Australia.”

The part of the Department’s statement that most intrigues me is this “The previous day, Friday, Mr Ahmed, 27, had been flown to Brisbane after what Australian government officials describe as “a fall and a seizure” at the detention centre.” “Fall and a seizure”

Let me address that part of the statement based on my last six years of experience as the CEO of the Epilepsy Association of WA. We know based on our statistics that 1% of those people who have epilepsy will die from the seizure condition. This is not someone dying as a result of an injury caused after a seizure. This is an actual seizure causing the person to die.

We also know that all people arriving at Manus and Nauru as detainees have all their medication taken away from them. We also have information from Neurologists in Australia that not administering the AED’s (Anti- Epileptic Drugs) in time will result in the likelihood of death increasing markedly.

Further, our facilities for diagnosing the condition adequately can be problematic. There are delays, for example in WA, with access to Video EEG’s etc. This is in a nation which boasts the facilities that we do. So what can we expect in somewhere like Manus with far less satisfactory facilities?

The question then comes down to identifying whose responsibility these detainees are. Whether the legal position transfers the responsibility to our neighbours is a moot point. The fact is that these people have sought the asylum in Australia. We have summarily dismissed their applications and shifted them to a facility in a nation with little by way of appropriate infrastructure. Clearly this is an abrogation of our responsibility to ensure the well-being of these people.

I have little doubt that the death of Faysal Ahmed can be attributed to the lack of adequate attention to his medical condition of epilepsy. If this is proven, then the abrogation of our responsibility to adequately tend to him has caused his death. Under those circumstances I can only attribute the death of Faysal Ishak Ahmed to the actions of the Department of Immigration and Border Protection and whoever the contractor is who looks after the detention centre. Again whether these are deliberate actions that have been committed or omitted is completely irrelevant. The reality is that these people are entitled to be treated in a fashion that guarantees their safety and even their lives. Why is this a difficult issue to deal with?

What tipped the scales for me to address this issue? It was as I walked around the park on Christmas day for my daily constitutional. I listened to Malcolm Turnbull, the Prime Minister of Australia deliver his Christmas message. And as I listened to the following report of his message, I was struck by the sheer hypocrisy of his words:

“Mr Turnbull said no matter what faith Australians were it was “love — forgiving, generous, never judging, unconditional” that brought the community to the “very best we can be”.

“In Australia, we have much to be grateful, not least that so many people of so many different backgrounds, races and religions live together here in a harmony founded on mutual respect,” Mr Turnbull said.

He also reminded Australians to reach out to the lonely, the poor, the sick, and those who were away from families and give to charities that help the homeless and others whose Christmas “is not as joyous as our own”.