Who are the criminals? Not WikiLeaks – Mass Surveillance & trust in the hands of criminals – part 4 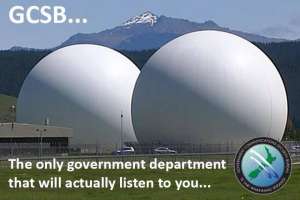 “A theologian said that all will be well with me and all permitted to the degree that I obey the Council, and he added, ‘If the Council were to declare that you have but one eye, despite the fact that you may have two, it is your duty to agree with the Council.’ I replied to him: ‘Even if the whole world were to affirm that, I, utilising whatever reason I may possess, could not acknowledge such a thing without a rejection of my conscience.” (Karel Kosik, Czech philosopher and victim)

Let us take mass surveillance – the inevitability that every person on this earth will be monitored – that in a nutshell is what the controversies surrounding mass surveillance are about. WikiLeaks founder, Julian Assange and whistleblower Edward Snowden have brought into the light of day the extensiveness of the intentions behind mass surveillance – but we knew decades ago that this would be the case.

Snowden said that though putting himself at risk he blew the whistle because he had to expose “the greatest weapon of oppression in the history of man.”

“Nobody in the world, nobody in history has ever gotten their freedom by appealing to the moral sense of the people who were oppressing them.” (Assata Shakur)

There has never been a more dangerous time in human history – and everyday this statement holds true. Despite the darkening clouds, the worst is ahead of us with no respite or revolution in sight. The criminally minded have taken control of parliaments all around the world, of political parties, of the institutions of the state – the criminally minded police the control of the state, and keep downtrodden those whom appear a threat.

WikiLeaks continues to be sold by the criminally minded who control the affairs of the world as a ‘criminal enterprise’. Julian Assange is holed up in the Ecuadorean Embassy in London forever defending his right to asylum and freedom of speech. Chelsea Manning is imprisoned, having paid a price for shining the light. Edward Snowden remains in Russia, likely never to return to his home country. The Occupy Movement that flickered promise was crushed by the American Government – with more than 8,000 arrests of Occupy protesters in the one year – with more than 700 protesters arrested on the Brooklyn Bridge.

“It’s not enough to believe in something. You have to actually stand for something and take a risk if you want things to get better,” Edward Snowden.

WikiLeaks published the Iraqi War Logs – revealing thousands of reports of the most abominable, degrading, injurious abuse and torture by Iraqi Security Forces and American personnel. The Geneva Convention – it’s pursuit of humaneness – replaced by the most barbaric behaviours. America sold anger as the excuse. So now anger, hate, inhumanity are permissible. Prisoners were hung from ceiling hooks – holes in their legs with electric drills. They were sexually abused, urinated upon, relentlessly bashed.

WikiLeaks revealed the Frago 242 order. In 2004 the Frago directive instructed that no allegations of abuse were to be investigated. Ten years earlier the United States signed the UN Convention Against Torture.

The George Bush administration insisted publicly that there was no official count of Afghan and Iraqi casualties. But WikiLeaks published the War Logs and which exposed that between 2004 and 2009 that 70 per cent deaths were of civilians.

WikiLeaks exposed the lies and corruption of the powerful – of criminal lies – with the release of the Collateral Murder Video. More than a dozen innocent civilians and two Reuters journalists were indiscriminately murdered by the crew of an American Apache helicopter. For the obviously revolutionary act of truth-telling, Chelsea Manning is serving 35 years in an American military prison cell. The American Government, the Pentagon, they lied to the American nation, to the world about what happened.

“One guy’s head – the top of his head was completely off and his brains were on the ground, and the smell – the smell still haunts me today.”

He heard the cries of a child – a four year old girl.

“You could tell she had a wound to the stomach. I remember her looking at me and the blood around her eyes made her eyes so ghostly white.” He picked her up and ran to a nearby building. He picked out glass shards from her eyes before handing her over to a medic. The children he rescued survived but Ethan was never the same.

Three years ago, three years after the abomination by the Apache crew in contrast with his heroics he said to RT journalists Yulia Shapovalova and Meghan Lopez, “I couldn’t stop myself from crying.”

“I couldn’t stop myself from feeling the way that I was feeling.”

His mental health was deteriorating. He sought help but his commanders threatened him with expulsion from the military.

“That’s when I started drinking.” He was prescribed just about every anti-depressant medication.

I have written previously of the Haiti cables. Haiti is one of the world’s poorest nations. It is the poorest nation in the western hemisphere. More than 80 per cent of Haiti’s predominately rural population lives in poverty. During the past decade the poverty has degraded further, becoming more extreme and dire. The life expectancy of a Haitian is 57 years of age. Less than half the Haitian population is literate and only one child in five attends secondary schooling. Less than 25 per cent of the population have access to safe water.

In November 2010, WikiLeaks released 1,918 documents from 2003 to 2010 – ending six weeks after the January 12, 2010 earthquake which further devastated Haitian life. The documents were among the most disturbing I have read of the files published by WikiLeaks, in how America was controlling Haitian policy-making but to the detriment of the Haitian people. It is not news that America meddles, bullies, wars with nations who do not abide. But it is darkly disturbing to read these documents and to see one of the world’s powerless nations downtrodden further by the world’s most powerful superpower. The Haitian cables wreak an air of hopelessness and cannot be moved by the Haiti cables. Leaked diplomatic cables from 2009 show the US Embassy bullying the Haitian President to support multinational textile manufacturers by blocking a minimum wage increase.

The minimum wage in Haiti was 24 cents an hour. President Preval tried to increase it by 37 cents an hour – to 61 cents. But get this – Washington saw this as a 150 per cent wages increase. This modest increase would have improved the lot of Haitian families but America would not allow this. It supported the exploitative companies. Companies like Levi Strauss, Hanes, Nike reckoned they needed the Haitian slave wages to get the clothing stock sewed. The multinational companies abominably argued for any increase to be capped to 7 cents an hour. The American Government did their bidding and the US Ambassador for Haiti pressured Preval to not push for a 31 cents increase and to instead cap the daily wage at $3. Preval had sought a daily wage for the textile workers at $5 per day. Of course, the impoverished Haitians lost out.

WikiLeaks published diplomatic cables from Cairo with the head of Egypt’s State Security Investigative Service thanking the FBI deputy director for FBI training sessions in Quantico, Virginia. SSIS operatives were trained as ‘interrogators’. SISS interrogators tortured prisoners with “electric shocks and sleep deprivation to reduce them to a zombie state.”

WikiLeaks published the National Humint Collection Directive – a secret document – signed by then Secretary of State and current presidential candidate, Hillary Clinton. She authorised the collecting of biometric information from UN officials – including DNA samples. In addition the credit card information and their passwords were to be collected.

Who are the criminals? A law abiding citizen has an obligation to turn in wrong doers but who will turn in governments and multinationals and the world’s most powerful when they refuse to abide by the interests of the common good?

We live in a time in history when more people are being imprisoned than ever before, where more whistleblowers are imprisoned than ever before. One in four of the world’s prisoners are Americans in US jails. The Barack Obama administration has incarcerated more whistleblowers than all previous Washington administrations combined have incarcerated. There is an endlessness of laws made by governments to imprison people, to punish people into silence. In this context the stands by Julian Assange and WikiLeaks and by Chelsea Manning and by Edward Snowden must be realised as truly heroic. They refuse to obey fundamental wrongs and have accepted that their lot is to be punished for the revolutionary acts of truth and good. The feeling of hopelessness is overwhelming but if there was to be a radical shift to resistance by significant numbers of people around our world then change is possible.

George Orwell, “All the war propaganda, all the screaming and lies and hatred, comes invariably from people who are not fighting.”

Previous articles in the 51 part series:

The Syrian cables – the killing of innocent people – WikiLeaks – part 3