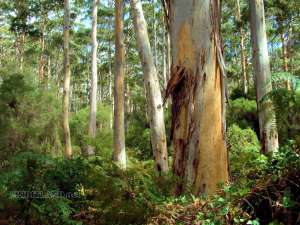 Western Australian Forest Alliance (WAFA) co-convenor Jess Beckerling said,”More than 35 eminent scientists from around Australia and the world have signed on to a highly regarded statement calling for the protection of WA’s south-west forests

“The Scientists’ Statement for the Protection of Western Australia’s South-west Forests was launched on World Environment Day, 5th June at a seminar on St Georges Terrace in Perth.”

“Western Australia’s next 10-year Forest Management Plan (FMP) is currently being considered by the Environmental Protection Authority (EPA). The community response to the draft FMP, which was released for public comment late last year, was profound with more than 5000 submissions calling for the protection of native forests in this global biodiversity hotspot.”

“The Scientists’ Statement will be sent to the EPA and to the State Environment Minister. It sets out seven urgent protection measures that need to be incorporated in the next FMP and demonstrates the significant degree of concern among scientists for the future of the south-west forest ecosystems,” said Ms Beckerling.

We, the undersigned scientists with knowledge and understanding of the forest ecosystems of the south-west of Western Australia, have concerns about the future of these ecosystems.

The south-west of Western Australia is listed as one of the world’s 34 Global Biodiversity Hotspots because of its large numbers of endemic species and the serious threats to its biodiversity.

Western Australia’s karri, jarrah, marri, tuart and tingle forests grow within this Biodiversity Hotspot and nowhere else in the world. These forests have become important refuges for forest-dependent flora and fauna species. They are critical habitat for endangered species such as the Numbat (Myrmecobius fasciatus), Mainland Quokka (Setonix brachyurus) and the Forest Red-tailed Black Cockatoo (Calyptorhynchus banksii naso).

About half Western Australia’s native forests have been permanently cleared for farms, towns, roads, powerlines and dams and of the remaining half, about 40 per cent continues to be subjected to clearing or logging.

In combination, climate change, forest diseases, destructive fires, logging and mining are placing enormous stress on the south-west forest ecosystems. The region is drying more rapidly than other parts of Australia and drought is having significant impacts.

In this context, continued industrial-scale logging of the remaining forests is undermining their capacity to cope with the pressures they are under. This disturbance is:

Continuing to reduce critical habitat for threatened species such as nesting hollows in mature trees.

Releasing very large amounts of carbon into the atmosphere

While much remains unknkown and more research is needed, we recognise that Western Australia’s south-west forests are under stress and state that, based on the precautionary principle, the following measures should be incorporated in the next Forest Management Plan:

·    Critical habitat for threatened species including forest that retains the structure of the original forests should be urgently protected from degradation and loss;

·    Additional corridors for fauna movement should be urgently incorporated into the conservation reserve system to link refuge areas;

·    Forests currently free of Phytophthora cinnamomi should be protected from activities that could introduce dieback;

·    Water in rivers, streams, wetlands and aquifers should be protected from the impacts of logging and clearing;

·    The value of Western Australia’s south-west forests as a carbon store should be recognised, accounted for and prioritised above conflicting uses.

We believe that these measures, while not exhaustive, will significantly improve the ability of the forests to cope with the stresses they are under while reducing the pressures on threatened species endemic to the south-west.

This statement, endorsed by the following experts (listed in alphabetical order), was launched on World Environment Day, 5th June 2013: