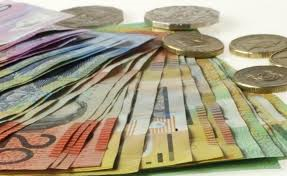 One quarter of the Western Australian prison population is comprised of fine defaulters – criminalised because of their poverty. 1,300 of the State’s 5,300 inmates are doing jail time for not being able to pay their fines. But jail time makes no sense for this majorly poverty related civil offence.

In Western Australia, people jailed for unpaid fines has soared 600 per cent in the five years from 2009 – in NSW the practice of jailing fine defaulters was outlawed in 1988. But Federal Minister for Indigenous Affairs, Nigel Scullion said he does not agree with fine defaulters being jailed. He is now urging the Western Australian Government to implement alternatives. Senator Scullion has suggested to the State Government that many of the fine defaulters can enter into a repayment scheme with Centrelink.

“We can cap repayments at 14 per cent to ensure people are not impacted severely. So up to a 14 per cent deduction from Centrelink payments can be arranged to repay any debt and keep people out of jail,” said Senator Scullion.

“I have put this to the State Government.”

In the end it is up to the State Government to implement change. Last August, a 22 year old Yamatji woman needlessly died in the South Hedland Police lock up 48 hours after being detained on unpaid fines. The tragic story of Ms Dhu has sparked outcries from around the nation in the eight months since her death.

Her mother, Della Roe, and her grandmother, Carol Roe, said that they support Senator Scullion’s proposal to the Western Australian Government.

“I think this is good. I think paying a fine or debt off through Centrelink instead of going to jail is fair, the fair way. Fines should be paid off and if it’s through this scheme then that is a fairer way to do it than any lock up or jail time,” said Ms Della Roe.

“Premier Barnett promised last year that he would do something about the fine defaults, stop the jailing of our poor people and find other ways to pay back what they owe. He has not kept his word on this yet. He made many promises some four months ago, on reducing the number of our people in jail, but he hasn’t come good.”

“This is his chance to listen to others and implement change.”

“If my daughter wasn’t kept in that police cell when she was so unwell, kept in that cell because of just fines, I would still have her with me today.”

In the last several years Western Australian fine default policies have got tougher. Minister for Corrective Services Joe Francis supports these punitive measures “as a deterrent”. But all that is occurring is that the jails are overcrowded, and the State prison population is at a record high.

Of the 1,300 fine defaulters who are in jail, nearly 600 are Aboriginal and/or Torres Strait Islanders. All 14 of Western Australia’s prisons are overcrowded. According to Kelly Sumner of the Action Group for Bandyup, the women’s prison is filled with three times as many inmates than its design capacity.

“Bunk beds are their solutions. Mats on the floor, women sleeping with their head by the toilet.”

“The tensions are high.” According to Ms Sumner, Bandyup Prison has one of the State’s highest assault rates by prisoners on staff.

The criminalisation of fine defaulting has contributed to the rise of Aboriginal women before the criminal justice system. One in three of all Aboriginal persons on remand in Western Australia is female.

Jailing people for poverty related civil offences should be a no-no but go figure. Hopefully, Premier Barnett can keep some of his promises to the people of Western Australia in that he will commit much of his remaining time in Government to reducing jail numbers.