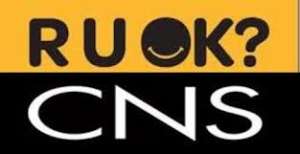 The Custody Notification Service should have been rolled out a long time ago in Western Australia, which would have meant avoiding many deaths, such as that of Ms Dhu last August. Ironically, the Custody Notification Service had been fighting for its survival in NSW and the ACT, caught up in a nonsensical funding squabble. The NSW/ACT Aboriginal Legal Services have campaigned strongly in recent months to save the life saving service. Thanks to the Minister for Indigenous Affairs, Nigel Scullion, the Custody Notification Service will continue in NSW and the ACT – if it had not then the Attorney-General, George Brandis should have resigned. If he had defunded the service, which costs only a paltry $526,000 per annum to run, then he would have proven without any doubt that he is not fit for high office, not by any stretch of the imagination. NSW Attorney-General Gabrielle Upton supports the need for this Service to continue in her jurisdiction. Recently I spoke with NSW Police and they too want the CNS to continue.

The Minister for Indigenous Affairs, Nigel Scullion, is a supporter of the Aboriginal Legal Services hosted Custody Notification Service.

In NSW and the ACT, since the implementation of the Custody Notification Service in 1998, there have been no deaths of anyone locked up in a police watch house.

After the death of 22 year old Ms Dhu, I met with Senator Scullion and argued for his support for the Custody Notification Service. We don’t see eye to eye on many issues but I find him approachable and where he can see merit he comes good. That is my experience.

When I told him there had been zero deaths in 15 years, his response was, “That speaks for itself.”

He personally lobbied the Western Australian government to introduce it. He has also been lobbying his ministerial colleagues for the continued funding of the service in NSW and the ACT.

However as the months passed I became frustrated that Western Australia was moving at a snail like pace in introducing this life saving service, especially when I know they were for it many months back. A life could have been lost during the vacuum. This service could have kept Ms Dhu alive and with us today with her now broken-hearted mother, with her grieving family. I truly believe that had Ms Dhu been supported by a stout CNS advocate that we would not have lost her. If a life is lost in any Western Australian police cell because of any further delay in implementing the Custody Notification Service then indeed there will be blood on the hands of the time wasters. But let us pray this does not occur.

Yesterday I was at a State Parliament meeting with various parliamentarians in arguing for homeless friendly precincts, for an Australia-first homeless friendly city. While at parliament I crossed paths with the State Minister for Indigenous Affairs, Peter Collier. I pulled him up and we had a civil and open discussion. We talked about suicide prevention and also the Custody Notification Service. Actually, the Custody Notification Service was the first item that I uttered.

He said that Minister Scullion was right to lobby for this outcome.

“It would be good to have it in place,” said Minister Collier.

“It’s been a while getting it all in place, hopefully soon.”

We agreed to a meeting.

I was pleased today to read the announcement that all of a sudden the Custody Notification Service is in the mix. I had begun to despair. But the journey is still not over.

A few hours ago, the State Government announced that the Custody Notification Service would eventuate. It should be fast-tracked. They have the near perfect model in NSW and the ACT.

Premier Colin Barnett outlined three key areas in responding to the mass incarceration of First Peoples, and in response to deaths in custody.

He stated the urgent need for safer custody environments, the avoiding of incarceration for low level offending and for the supporting of more prevention and diversion initiatives.

A Justice Ministerial Working Group has been established to oversee the development and implementation of reforms.

Now, this group must not take forever and a day.

“The high rate of incarceration of Aboriginal people is an extraordinariy complex and difficult problem that has troubled our community for many years,” said Premier Barnett.

“It is not going to be fixed overnight but this working group will drive reform across all State Government departments to ensure everything that can be done from our perspective, to reduce the number of Aboriginal people in jail and the number of deaths in custody, is done.”

More than 40 per cent of the State’s prison population is comprised of its First Peoples, who comprise less than 3 per cent of the State’s total population. The majority of these people are among the nation’s poorest people – marginalised in the most deplorable extreme poverty. Poverty is driving mass incarceration of First Peoples right across the nation but worst in Western Australia, the Northern Territory and South Australia.

In the Premier’s media statement he stated that creation of safer custody environments would mean “the introduction of a Custody Notification system” such as the one “used successfully in New South Wales.”

Hopefully the Working Group will be true to its mandate and overhaul the whole putrid sick criminal justice system.

The Aboriginal Legal Service WA applauded the announcement of the measures.

“It’s been a long time coming but we’re optimistic that if properly resourced and committed to, the proposed reforms can play an important role in reducing the numbers of Aboriginal people within the justice system,” said ALSWA CEO, Dennis Eggington.

Mr Eggington said that the tenets underwriting the criminal justice system need to change in that if someone offends that it should not necessarily mean jail.

“We’re not playing a game of Monopoly, where if you get caught you got straight to jail.”

Mr Eggington implored the need for “more cautions, diversionary programs and a commitment to Justice Reinvestment.”

He implored the need to abolish mandatory sentencing laws.

In general, I am a harsh critic of politicians, of the justice system and of many others who have the capacity to influence policy but on this occasion I will pay respect to Minister Scullion’s lobbying of the Western Australian government on the issues of the Custody Notification Service and on the issue of the jailing of fine defaulters which many of us argue must stop. I will also commend him on saving the Custody Notification Service in NSW and the ACT. I will also do what I have never done before and state that Premier Barnett has begun a very good thing here – and more of this would be great, for in the end politics should be a calling.

I will pay immeasurable respect to the family of the late Ms Dhu, in whose name, I will always remember the roll-out of the Custody Notification Service and the looming introduction of other reforms. Her mother, her grandmother, Della and Carol, have never stopped the call for justice and reforms. They have been led inspiringly by Ms Dhu’s uncle, Shaun Harris; the relentless Mr Harris, who since August last year has not stopped campaigning for justice and reforms, travelling the nation.

Premier Barnett, you promised – In the name of Ms Dhu, where are the Custody Notification Service & the end to jailing fine defaulters? | The Stringer