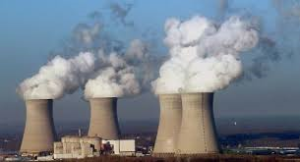 Several years ago I wrote about the West Australian Government, in collusion with the mining industry and the Federal Government, slating between 30 to 40 uranium mines for Western Australia over the next couple of decades. Stalwart activists who have been honourably fighting the struggle to prevent the prospect of radiation sickness did not want to believe that this was a prospect. But sadly it is.

Yesterday, the Federal Government ‘green light’ welcomed in a uranium mine in the Pilbara. There are now four uranium projects in advanced development stages. The Government will sell the underwriting of revenue and jobs but it is their mining chums who will get rich not the Australian nation – but the burden of any radiation leaks will be borne by the Australian people.

Mining companies are investing huge fortunes in research, exploration and development projects for the mining of uranium. Nuclear energy is not just touted but will be the energy fuel of the future. Previous and incumbent Australian Governments have signed off uranium export deals and not just with India.

For now, they are mostly by the communities – Homelands – of First Peoples. The communities are being told that jobs will be waiting for them at the uranium sites. The uranium sites are being sold as world’s best practice – you know, former nuclear disarmament and anti-uranium campaigner, Peter Garrett as a politician did an about face and sold Australian uranium mines as “world’s best practice” with “in-situ filtration”. However, despite Mr Garrett’s missed opportunity as a politician to make a difference, mining uranium is scary for many Australians, especially since the Fukishima catastrophe, despite the mainstream media skilfully reducing news coverage since the disaster. Australians do not want to hear people are living by uranium mines. This is part of why the Western Australian Government wants to close down Homelands and evict people off their Country. If they can get rid of the Martu from nearby Kintyre then there will be less controversy.

There are 500 nuclear reactors operating worldwide, with more than 70 being built and 200 in the planning stages. There will be thousands of nuclear reactors by the end of the century. Western Australia is infrastructure wealthy, and has 40 per cent of the world’s easily accessible high grade uranium. The Northern Territory has huge deposits of uranium. Australia will become the world’s greatest exporter of uranium but also its people the most at-risk to radiation sickness.

India will be a benefactor – and thanks to Australian uranium will increase its nuclear power generation from 3 per cent to 25 per cent. India will need one twelfth of the world’s uranium export.

Yesterday, Western Mines and Petroleum Minister, Bill Marmion has buoyed by the never in doubt decision by Federal Minister Greg Hunt in his granting of environmental approval for the Kintyre mine.

Minster Marmion said it all, “This marks another important step forward for Western Australia’s uranium industry.”

“I’d like to congratulate Kintyre’s operator, CAMECO, on reaching this significant milestone in the development of the mine, which will bring jobs and community benefits to the local community and the State.”

The uranium mines must be in operation within five years. However they reckon they will be operational within less than two years.

The uranium lobby is one of the nation’s most powerful.

Minister Marmion said, “More than $300 million has been invested in Western Australian uranium exploration since the Liberal/National Government lifted the mining ban in 2008.”

“With positive signs for a price recovery, including recent progress on an export agreement between Australia and India, these mines could be exporting $1 billion worth of uranium by 2020.”

“Importantly, they will generate more than 1,500 jobs during the construction phases and 500 jobs once in production.”

The State Labor Opposition carries on that it supports a uranium ban however this is hogwash. It was former Prime Minister Julia Gillard’s Government, helped along by Gary Gray and Martin Ferguson, who talked up uranium mining no less than Bob Hawke did, and who negotiated with India. State Labor despite its promises at its annual conferences will never reinstate the ban on uranium.

The Russian Government’s official death toll for Chernobyl is 46 but according to anti-nuclear campaigner, Dr Helen Caldicott it could be as high as 985,000. What is on the record is that there has been a significant rise in cancer rates in the affected region.

The long latency periods, as with asbestos related mesotheliomas, have skewed the data on the incidence of radiation related disease.

In 2006, the Biological Effects of Ionising Radiation (BEIR) Committee of the US National Academy of Sciences reviewed the available data.

Their report stated, “The risk of cancer proceeds in a linear fashion at lower doses without a threshold.”

Dr Caldicott investigated a Russian report, “Chernobyl: Consequences of the Catastrophe for People and the Environment.” Alongside this report she argued 985,000 eventual deaths.

If Western Australia goes heavy duty on uranium mining with say 40 uranium mines even as far away as the end of the century if not by 2030 or 2050, uranium mining will touch even more lives than the ‘mining boom’ does at this time.

Do the Martu peoples want uranium mining? | The Stringer

Allegation of Toyotas for uranium mining | The Stringer

Major uranium leak endangers Kakadu – but played down | The Stringer

Forty uranium mines is the plan for Western Australia | The Stringer