“We want to go home” but Government to demolish Oombulgarri 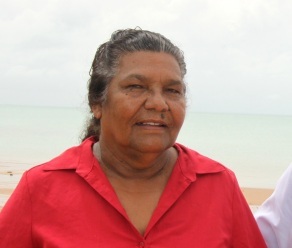 The Western Australian Government has a bent for demolishing the communities and homes of First Peoples, and then sitting idly by, not too fussed about many of them who become homeless. In the Kimberley, the Oombulgurri community was closed down a couple of years ago, with the majority of the population compounding the region’s horrific homeless numbers – one of the worst in the world. Now, the Government is planning to demolish the community of Oombulgarri, although the former residents do not want this – they just want to go home.

Far too many of the former residents have died – prematurely and some by suicide. The Kimberley also has the State’s worst suicide rates.

Oombulgarri is now a ghost town after the Government’s unexplained intervention. There has been no postvention, where in the least people stranded are assisted. Once the town was closed down, services cut off, people did not have anywhere to go, there were families living in soon to be rundown homes, others in the town’s toilet block.

Kimberley parliamentarian, Kija woman Josie Farrer said Oombulgarri’s maltreatment by an assimilationist Government was symptomatic of the worst of racism and neglect.

Ms Farrer said it is racism to push people off their Country.

“The Barnett Government moved them on, from Oombulgarri, making the people homeless. It is a white man’s world, the conservatives running roughshod.”

When the community of Oombulgarri was moved on, many slept in rundown buildings till they were moved on. Families slept in the public toilets. Soon after many moved on to the nearby ‘marshes’ and became known as the Marsh People, sleeping in the open. They were moved on again, and are now homeless in and around Wyndham, and others itinerant and homeless in and around other Kimberley towns including Broome. But 62 homes are vacant in Oombulgarri.

“When I see or hear these stories about what is happening to our people, to our communities it brings me to tears,” said Ms Farrer.
Ms Farrer said that she wondered how one day Premier Colin Barnett will explain to his grandchildren that when he was Premier of the nation’s wealthiest State, with the mining and all, why then did the State’s First Peoples endure the highest suicide and homelessness rates in the nation.

Scores of homes and buildings, the community school and church have sat vacant since 2011. The State Government stated that Oombulgarri had become unviable because its population had dwindled, claiming at one time that the population was less than 10 residents. But this was not true, the population was small but scores of people and those who had moved on to other pastures came back and forth as many people do. You do not raze a community, a village just because of the number of residents. In closing down the town and moving on the residents, they dismissed their connection to the land, they disregarded their identity, their history, who they are and where they are from.

The former residents are fighting back.

At first residents were encouraged to leave as the Oombulgarri’s police station, health centre and school were shut down mid-2011. By December, some residents were removed to Wyndham. But they have been unhappy ever since. Now they want to come home.
Stella Albert had always imagined that Oombulgarri would be her retirement, a place to enjoy her twilight years. She had raised seven children in Oombulgarri, many who have moved on. She had hoped that her children and grandchildren would visit Oombulgarri, the place of origin and be empowered by the experience.
“If we do not fight to get back our community, then this will never happen.”

“When we left, I cried, I was unhappy, I still am unhappy. Our home is there, and in our home are still many of our things,” said Ms Albert.

But after the Government removed her to Wyndham she had nowhere to go. “I set up a tent (on Wyndham’s outskirts).” This is Government madness, they close down a town because of the profit motive and then make the residents homeless. It is not the first time the Western Australian Government has done this nor will it be the last.

“I dream of going back all the time.”

Oombulgarri is not always accessible by road and much of the year needs to be reached by boat or a small plane.

Sean Meehan told the ABC’s Lucy Martin, “I want to walk where my Grandfather walked.”

“I want to fish where my Grandmothers fished, and I want to run where my Uncles ran.”

Deliah Clarke told Ms Martin, “I don’t like being around here because there’s too much alcohol and everything, just fights and violence.”

And as Ms Albert said, so too Ms Clarke, “At Oombulgurri we didn’t have those sorts of things. We just want to go home, is all.”

The Government neglect has led to many of them becoming rundown and some have become dustbowls. Impoverishment and the ills borne of extreme poverty become pronounced if not rife.

Despite the Government having once claimed that there were less than 10 people living in Oombulgarri when it was driving its closure and eviction agenda, Ms Gore Birch Gault said “there are about 150 who are happy to move back to Oombulgurri.”

The BAC are prepared to restore Oombulgarri but the Government does not look like supporting this benevolence. The Government’s tender process for demolition closed last week and intends to demolish most of the community bar a future historical building in November.

State Minister for Indigenous Affairs, Peter Collier said, “We would like the work to at least commence and be completed if we could by the wet season.”

The State Government needs to return some of the wealth it is reaping in revenue from regions such as the Kimberley and the Pilbara to the communities from whose land this wealth is reaped from. There are now shanty towns all over the Kimberley and in the rest of the State. Government, State and Local, have a bent to “remove eyesores” but where do the people go? Why not just fix the communities, give them something back, in the least give them what non-Aboriginal communities receive?

Broome’s Mallingbarr Aboriginal community is third-world-akin. No running water, no electricity, no sewerage in some homes, rubbish everywhere but with families with young children. The Broome Shire wants to raze the community but where will the families go? What about the radical idea of fixing the communities?

Broome shire president Graeme Campbell said the residences “are not fit for human habitation.” It is not rocket science that making them homeless should not be the answer!

A couple of years ago, Broome-based filmmaker and spokeswoman for Broome’s old First Peoples families, Mitch Torres said to me, “The homelessness is getting worse and no-one is doing anything about it.”

“Hostels and housing that had been promised have been forgotten in the squabbles between the shire and the Government. We’ve been waiting for the $12 million promised by the State Government for a hostel in Broome but it didn’t happen.” It still has not happened.

“I can take you to the heart of Broome, to its Chinatown, to Dora Street and you’ll see homelessness you’ve never seen before.”

“I can take you to One Mile community, to Kennedy Hill and right throughout the Kimberley – it’s unbelievable that such a rich part of Australia has this horrific homelessness and nothing is being done to reduce it.”