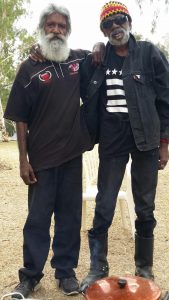 Homelessness is a problem that will get worse, only because State and Federal Governments do ever so little about it. None worse than the Western Australian Government who have not furthered a cent on existing funding levels for quite some years now. In addition they have broken one promise after another on the building of hostels. The crisis is getting worse.

Homelessness barely gets a mention, barely a word in the media except when it comes to another calendar event, such as August’s Homelessness Week. Then the charlatans in Government – State and Local – get out to the calendar events to parade their meaningless off the cuff support for the homeless while the rest of the year they shun the homeless, sweeping issues of homelessness under the carpet.

It was only a couple of years ago that the Lord Mayor of Perth, Lisa Scaffidi ludicrously carried on that many of the city’s beggars were not homeless and should be moved on. She was of the view that they were people with houses who were begging to meet their mortgages and bills. Well, even if that was true, then good luck to them if they were in such need, and if we can help them out with a few coins and notes then good. But the reality is that Perth city’s so-called beggars are indeed the down and out homeless. I know because I have had much to do with them over a long period of time – in trying to assist them.

The City of Fremantle Mayor, Brad Pettit also shamed himself a few years back, with a backflip on what he is touted to be all about, when he wanted to move on the homeless from the tourist mecca strip of Fremantle. More out of sight out of mind garbage. But this type of rubbish talk, this type of meritocratic council behaviour is dominant throughout our world, not just Australia.

Where are the poor and the homeless supposed to go?

Please understand that a significant proportion of people sleeping rough are not on public housing waiting lists. In Western Australia alone there are 48,000 people on the public housing waiting list. In the last seven years the miserly State Government has only built 700 public houses on average per year. In Australia, the world’s 12th largest economy, 2nd wealthiest nation per capita there are 20,000 children under the age of 12 who are homeless. The Kimberley has nearly seven per cent of its total population homeless – outside natural disasters and civil strife this is one of the world’s worst homeless rates.

But the response from Governments is deplorable.

Look at the deplorable actions in Sydney by the City of Sydney shire and its Lord Mayor Clover Moore. Like Mr Pettit, Ms Moore is considered ‘progressive’. What hope do the homeless have when so-called progressives act so heartlessly? In February, the City of Sydney shire took the tents from hundreds of Wentworth Park’s homeless. Who do they think they are, stealing the tents from the homeless?

Every year, local governments, particularly their Mayors, are on the podiums at events such as the August Homelessness Week rallies. They get photographed, do the news bytes, and like chameleons throw out a few words – in effect lies. Behind this charade their council officers are harassing the homeless, moving on beggars, demeaning them further into indignities that no-one should be dealt.

And where are our political parties? They are no better than the councils, even worse because they have greater capacity to make a difference. The right wing parties carry on that “the homeless and the poor will always be with us and there’s little we can do about it all.” The so-called moderate and left wing parties front up to the calendar event rallies with their banners and placards, emblazoned with their political logos and a meme about the homeless. They are selling their political party. The politicians may resonate on the day with the issues but disappear from the issue of homelessness till their next news byte or calendar event. They do jack about forging policy changes and outcomes, they do jack about addressing the issues. I have not met a parliamentarian yet, Federal, State or Territory who has knocked up a worthy effort on a response to homelessness.

It is shameful. But they are claiming they are making a difference – well this lying is very damaging.

The Matargarup homeless mob are doing more to highlight homelessness than anyone else has for quite some time. Since they established their homeless/refugee camp on Matargarup (the Noongar name for Heirisson Island) and despite three police raids where the City of Perth council workers removed all the tents, the homeless campers have brought to the attention of Western Australians the homelessness crisis. Matargarup’s stance on homelessness and on creating a safe space for homeless individuals and families has resonated with many Perth residents, to the point that they are heeding The Stringer’s calls for more donations of tents and essentials. Hundreds of Perth residents have donated to Matargarup because as one said, “Enough is enough.”

In recent times, The Stringer’s producer and editor, Jennifer Kaeshagen has done more outcomes based work than a lot of well-funded agencies have. Governments, Local, State and Federal, should pay attention to Matargarup and to Ms Kaeshagen’s grassroots First Nations Homelessness Project. To assist Ms Kaeshagen, phone 0449 655 282 or email contact@thestringer.com.au

Governments should invest more in the social health of communities – bring on equivalency of services to regional communities, build more public housing in the cities and towns, invest in psychosocial and transitional supports for those homeless and those at-risk of homelessness. Importantly, every major hub in every city and large town should have a homeless friendly precinct; safe spaces with storage facilities, laundries, showers, treatment centres, where dignity is at the forefront.

Homelessness is a brutal experience, with people vulnerable to being robbed, bashed and sexually assaulted. They are in dangerous predicaments when sleeping alone in parks or where with effective strangers in alleyways and condemned squats. Matargarup is clearly indicative of the need for safe spaces – where people look after each other, where there is safety in numbers, where Perth residents know they can bring food, supplies, essentials and their camaraderie. Where there is dignity.

Yesterday I sat with two gentlemen at Matargarup – Arthur and Tony – who have been chronically homeless for years. They were glad to have a safe space for now such as Matargarup.

“This is a good place here. We don’t have something like anywhere else,” said Tony.

“I’ve been on the streets for ten years.”
Two short videos – one of a rally at the steps of Western Australia’s State Parliament in 2011 on the rights of the homeless – speakers include the homeless, Gerry Georgatos, Alison Xamon, Alex Bainbridge, Eric Ripper and others. The messages are just as relevant today. The second video is a four minute clip by Radical Son on the removal of tents from Wentworth Park by the City of Sydney. The Stringer recommends it as a must watch.