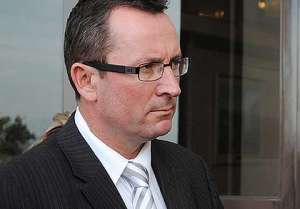 A motion has been passed unanimously by the Western Australian State Government for a new focus on the suicide epidemic blighting Western Australia. WA has the highest rates of suicide in the nation with the crisis particularly throughout the Kimberley region, but at the same time funding to evidence-based community driven programs to fight suicide have been cut.

Kimberley parliamentarian, Kija woman Josie Farrer has been consistently outspoken about the need for more to be done to save lives. Ms Farrer has also lost a grandchild to suicide, only a a few years ago. She has been highlighting the Kimberley’s crisis since her election to parliament in March.

“Our people die of suicide at higher rates than the rest of the population and we have to address this. Far too many families are grieving, the losses are devastating. It is our duty as parliamentarians to do as much as we can. We need to work on reducing suicide for everyone, but we must also acknowledge that many of the issues that lead to suicides are not the same (for non-Indigenous and for Aboriginal and/or Torres Straight Islander peoples), said Ms Farrer.

The motion was passed last week after firstly Ms Farrer, then some of her parliamentary colleagues, expressed concern about the tragic suicide crisis in regional WA, particularly the Kimberley region, and that there is a need for governments to do more to address the issue. Aboriginal and/or Torres Strait Islander peoples have disproportionately higher rates of youth and adult suicide than the rest of the population, and certain regions, such as the Kimberley, are experiencing a prevalence of spates of suicide.

The motion was introduced by Ms Farrer’s Labor party leader, Mark McGowan. Only recently Mr McGowan alongside Ms Farrer visited the Kimberley and attended a public meeting on the crisis in Broome.

“Western Australia has the highest rates of suicide in the nation,” said Mr McGowan.

Mr McGowan said that in regional Western Australia, the rate of suicide is 18.5 per 100,000 people, per year. “This figure is significantly worse in the Kimberley, where in the 12 months leading up to September 2012, 35 people took their own lives.”

Mr McGowan said governments had tried to address the issue of suicide over a long period of time but the crisis that exists today, particularly among Aboriginal Western Australians, showed that many initiatives had not worked.

“Despite the goodwill of many, the reasons for the suicide crisis in WA have developed for many years, during successive State governments,” said Mr McGowan.

“There are many and varied, but feedback from those affected suggests they relate primarily to issues including loss of culture, dispossession, a sense of helplessness and hopelessness, inability to see a long-term future, unemployment, the scourge of alcohol and drugs, domestic violence and sexual abuse.

“It is clear that the tragic rate of suicide is having a devastating impact on families in regional WA, particularly in the Kimberley.

“Some families never recover from the loss of a loved one, and I strongly believe that everyone, particularly those in government, has a responsibility to do more to prevent these tragedies from continuing.”

Despite the bi-partisan agreement to focus on ways forward, Mr McGowan said he was concerned that some programs that had some success in addressing suicide both directly and indirectly were now under threat and he criticised the State Government for cuts to the Aboriginal and Islander Education Office (AIEO) “(which) will see 105 officers cut across WA in 2014.”

“It has also been revealed that the Government has not guaranteed funding of around $200,000 a year for Save the Children’s Helping Young People Engage (HYPE) program beyond June 2014.”

“Through this program, local youth workers travel around Broome in a bus, picking up children from the streets and taking them to safe locations and assisting with any health or other issues they may be facing,” said Mr McGowan.

“The HYPE program has assisted hundreds of mainly Aboriginal children in Broome and without it, even more young children will continue to roam the streets.”

“Finally, the Government have not guaranteed funding for Derby’s Community Action Plan (CAP) to prevent suicides beyond June 2014. The program empowered locals to express their own ideas on how to prevent and cope with suicide.”

“The program had achieved some success and should continue into the future.”

Mr McGowan and Ms Farrer said that any bi-partisan approach to addressing WA’s suicide crisis must include funding lifesaving programs. But they said that despite the funding cuts and the yet to be declared future of some programs that they were keen to work with Government “to reverse this tragic trend and develop serious long-term solutions.”