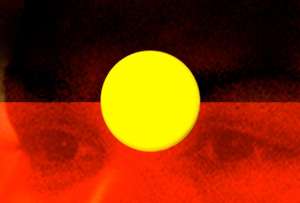 Without an economic response to the impoverished communities that at long last bespeaks of equality there can be no building of resilience.

When governments end their depraved racist policies and finally believe in equality ‘without exception’ and demonstrate this by doing the equality then Aboriginal and Torres Strait Islander children will not be born into a sense of hopelessness, into a racial divide. Aboriginal and Torres Strait Islander children aged 14 years and less are eight times more likely to die by suicide than non-Aboriginal children aged 14 years and less. This is a moral abomination.

The most shocking statistic – the one that should toll loud and clear through the national consciousness – is that nearly one in three Aboriginal and Torres Strait Islanders aged 15 to 35 years die by suicide. One in three deaths by suicide.

Suicide is the tragic end, the tip of the iceberg – the various cumulative distress is on the increase, correlated by increasing daily hardships and the constant of a declining social health quotient (composed of the social determinants). In the 2012-13 financial year stretch nearly 2,500 Aboriginal and Torres Strait Islander were admitted to hospital for intentional self-harming. In the last ten years the sense of hopelessness in steeply degraded communities has led to significant increases in self-harming in both women and men, to levels now more than double the number of hospital admissions ten years ago. This is a clear indicator that hopelessness is overwhelming, entrenched.

A startling statistic is that two per cent of the continent’s Aboriginal and Torres Strait Islander population is in prison – this is higher than the world’s highest national jailing rate, that of the mother of all jailers, the USA, which has imprisoned nearly one per cent of its total population. It is self-evident that poverty is what is driving the horrific American incarceration rate.

This tragic statistical ‘victory’ over the American jail rate must be in understood in context – as to how dramatic the American jailing rate is. The United States of America has the world’s highest incarceration rate – 716 people jailed per 100,000 of the national population. The USA represents less than four and half per cent of the world’s population but accounts for thereabouts 22 per cent of the world’s prisoners. According to the Australian Bureau of Statistics, the national average imprisonment rate of Aboriginal and Torres Strait Islanders is 2,241 per 100,000 adult Aboriginal and Torres Strait Islander population – more than three times the rate of the mother of all jailers.

I know my writing over the years about the incarceration rates, about the reasons behind the arrest and jailing rates and about the suicide rates had become somewhat of a broken record, but in the last year more journalists have been writing about these than before. This augurs a little well, it is a beginning. What we need now is for these same journalists and public media analysts to focus on the true cause to these cruelly disparate rates – and if they do this then this will lead them to what many of us know, to the cesspool of Australian made racism that has delivered the extreme poverty in which one quarter of Australia’s Aboriginal and Torres Strait Islanders have been marginalised within – corrals of misery, the narrative of abominable human suffering – utter racism.

There is no ‘Indigenous disadvantage’ spending to address this. Less than 50 cents additional for every dollar spent on Australians in general is spent on Aboriginal and Torres Strait Islanders and most of that 50 cents does not hit the ground, instead ends up with bureaucrats and carpetbaggers. To address the disadvantage, to redress within a generation all the injustices hit on Aboriginal and Torres Strait Islanders, the spending on the affected would have to be at least $6 dollars additional for every dollar spent on each Australian, not less than 50 cents. This is the very least that we can do. The incarceration and suicide rates will continue unless we address the social determinants with equality.

Leave a Reply to Michael