Trophy to the Tournament of Shadows 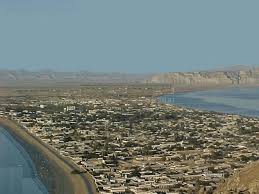 So, Gwadar seems to be the place where another century of the great game is likely to take off. The idea seems awe-inspiring, although the infrastructure for it seems ridiculously lacking.

I had travelled throughout Balochistan and was searching for answers to my question: why is Balochistan on fire? Why has hatred and violence hit this part of the country? Is it the fight over access to natural resources or something else hidden from view? I held prolonged meetings with friends from different ethnic and social backgrounds, and the long journey ended at Gwadar – the world’s one and only, shortest and cheapest gateway to Central Asia.

A few years back, when I was reporting from the Afghan-Pakistan border region, I had coined the term “Two-G’s”. I always questioned why there is so much chaos and disturbance in the 2600-kilometer area starting from Gilgit and going right down to Gwadar. Particularly, whenever I visited Dera Ismail Khan, it seemed torn by violence including suicide bombings, bombings and target killings. I kept asking myself: why Dera Ismail Khan? Now, after visiting Balochistan I found my answer. There is a reason: Dera Ismail Khan falls right in the middle of the Two-G’s. This Two-G’s area is basically a connecting route for the emerging super power, China, to the international marine leadership trophy: Gwadar.

With the US marines stationed in the Indian and Gulf oceans, closely watching the situation with their permanent bases in Afghanistan, the US already has a dominant role in the control of the vast energy resources of united Eurasia. US administrative strategic interest is clear access to affordable energy resources in this region. US Energy Secretary, Bill Richardson, is on record, (reported on 8 November 1998), about the policies of the US regarding the energy resources of Eurasia.

According to him, there are four basic objectives of the energy policy. One, to overcome Russian control over the energy transport routes from Central Asia; two, to find diversified energy resource supplies for promoting US energy security; three, to help in the construction of numerous pipelines in the lands controlled by the US; and four, to stop the regional powers of Asia like China, India and Japan to approach Central Asian oil and gas reservoirs.

Now coming back to Gwadar, where is it placed in this global chessboard of super powers? The road distance from Kushka-Turkmenistan to Gwadar is only 1200 kilometers, whereas the nearest Black Sea port of Odessa-Ukraine is approximately 3400 kilometers away from Central Asian states. Therefore, Gwadar is the most viable option available for trade with Central Asian Republics (CARs). It is even reasonable to assume that, once the port is operational, trade as far as from Russia can find its way through the Gwadar port. This route is expected to offer quicker and cheaper transportation than the first alternative. This is what a document researched and prepared by Khyber Pakhtunkhwa Chamber of Commerce and Industry says on page 186 of “Study on Trade Potential with Afghanistan and CARs”.

“In Afghanistan’s Shadow, a book published in 1981 by well known author Selig S. Harrison, he wrote “quickly explains why strategically located Baluchistan and the five million Baloch tribesmen who live there could easily become the focal point of superpower conflict.”

So the line between the Two-G’s is basically a lifeline for global powers and likely to decide which country leads in this century. After taking over Gwadar, China has showed one of its cards, while the US is eyeing the rest of its cards. This is one of the major reasons of conflict and disturbance in this region. All the major players whose interests are rooted in Gwadar and Central Asia are playing out their politics from Gilgit to Gwadar. F Viviano in its journal on Oil and Gas rightly pointed out on 10 September 2001:’ “Terrorist sanctuaries” is a map of the world’s principle energy resources’. The situation is quite clear that it is not extremism, nationalism or sectarianism that is destroying Balochistan and other areas but these are merely different tools employed by imperialists to keep this region in chaos for their own vested interests.

But what does China think about this? China’s 2006 Defense Whitepapers say, ‘Security issues related to energy resources, finance, information and international shipping routes are mounting’. Since then, the security challenges have become bigger, and the new leadership in China is likely to get more involved in securing its interests in the region. The US would like to retain its hold over the region and would not like to allow Gwadar to develop into an alternative outside their control. In my understanding, that is the basic reason of the rising tensions in Balochistan, Dera Ismail Khan, FATA and Giligit and for the slow development of Gwadar port. Gwadar is one issue which can be part of the solution for us, but due to our own follies and lack of visionary leadership, has turned out to be part of our problems.

Leave a Reply to Maliha sami