TREATIES ARE AGREEMENTS BETWEEN EQUALS 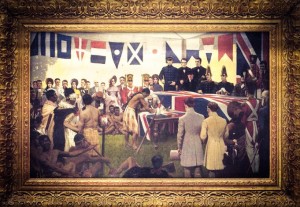 The Australian’s headline ‘Abbott open to treaties with Aboriginal nations’ might shock, confuse and cause many Aboriginal people to be justifiably suspicious.  All of a sudden the conservative Coalition Government is welcoming discussion about something we have demanded for decades, something former Prime Minister Bob Hawke promised to deliver by 1990, and a proposal that the current federal Labor opposition has labelled “stupid”.

While Herald Sun columnist Andrew Bolt claims treaties will cause “racial division”, Indigenous Affairs Minister Nigel Scullion says they are “agreements between equals” and considers this to be one of the issues Abbott’s Indigenous Advisory Council (IAC) should be looking at.

However, many would dispute whether a handpicked government advisory body has the mandate to control such a debate.  The nature of any treaty process must be owned by Aboriginal people on the ground.

WHAT IS OUR STATUS?

Before going any deeper, it’s probably a good idea to take a step back and have a look at what exactly is our status as First Nations peoples.

Kombumerri philosopher Mary Graham says Aboriginal people “are reduced to negotiating on a very unequal basis to see what concessions can be wrung from a process, the terms of which have usually been pre-determined by colonial governments”.

“We have always been treated as a client of the welfare state.”

University of South Australia academic Dr Irene Watson (Tanganekald/Meintank) believes it is imperative for us to “decolonize the way we think about who we are today”.

“We’re largely dealt with as one homogenous group that is being harvested for the colonial project,” says Dr Watson, an advocate for Indigenous peoples in international law.  “It’s not going to work if we continue along that line, because it very much goes against who we are as First Nations peoples.”

The United Nations Declaration on the Rights of Indigenous Peoples (UNDRIP) was adopted by the General Assembly in 2007.  Although UNRIP is not a legally binding agreement under international law, the Declaration is an indication of accepted international norms in terms of the rights and status of Indigenous peoples.  Article 3 of the Declaration states that we have the right to determine our own political status.  According to the Unrepresented Nations and Peoples Organization (UNPO), this means Indigenous peoples have a choice “ranging from political independence through to full integration within a state”.  Does this mean each Aboriginal nation can decide to establish themselves as states?  When it comes to qualifying as states in international law, contenders must fulfill the following criteria:

a)     a permanent population;

d)     capacity to enter into relations with other states

Perhaps the notion of measuring ourselves as First Nations peoples up against states may seem rather abstract. But disputes over this question are becoming increasingly relevant in the international arena.

Threats of a major boycott by Indigenous delegates have emerged in the run up to the 2014 UN World Conference on Indigenous Peoples. Representatives from the International Indian Treaty Council, the Continental Network of Indigenous Women in the Americas and the National Congress of American Indians are insisting that Indigenous peoples should be permitted to participate on a full and equal basis with states.  Those in opposition to this proposal including China, Russia and India, argue that the conference should be run by UN state members alone.  Mohawk man Kenneth Deer, representing the Oneida Nation Council of Chiefs, claims that these states “view this as an incursion of non-governmental organizations into the UN”  but that many Indigenous representatives themselves “are heads of governments of Indigenous nations”.

It would be quite easy to argue that prior to colonization our nations satisfied all four criteria with regards to whether we qualified as states.  Hundreds of autonomous and interdependent nations covered the continent now known as ‘Australia’.  Due to the destructive process of colonization, the sovereignty of our nations was ignored and denied, our governance structures undermined.

The British Empire did not enter into treaties with the natives of this continent. Australia remains the only former British colony yet to do so.

Our nations still have defined territories and permanent populations.  However, as a result of genocide, dispossession and assimilation, our systems of governance have been dismantled while our capacities to enter into relations with other states have been left in tatters.

These are factors that must be taken into account.  Reconstruction and decolonization are routes that Indigenous peoples across the globe have had to take post-invasion.  It seems rebuilding our governance structures would be vital to any kind of treaty settlement process.

Although far from perfect, dealings between other Indigenous peoples and the colonial powers occupying their lands are largely based on nation to nation, government to government relationships.

Native American academic Dr Shaawano Uran defines sovereignty as “a type of political power, and it is exercised through some form of government”.

[BREAKOUT] Anishinaabe academic Shaawano Uran explains the fundamentals of how sovereignty applies to Native American tribal nations and the significance of treaties.  Dr Uran is a professor of American Indian Studies at the University of Washington.

In the United States of America, there are basically three types of sovereigns:

a)    The US Federal Government

American Indian treaties are so important to understanding sovereignty.  Treaties are agreements made between sovereign entities – usually called nations.  The US has signed several hundred treaties with Indigenous nations and other nations around the world. International relations occur through, and are often defined by, international treaties. Therefore, by signing a treaty, both sides are showing that they recognize the sovereignty of the other, and the treaty spells out how each nation will relate to the other. 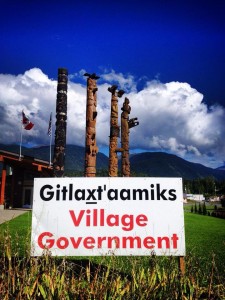 The fact that some nations lack power, or may be dependent upon other nations, does not detract from their status as sovereigns. The US Supreme Court once defined tribes as “domestic dependent nations”, but this does not prevent the use of the term ‘sovereignty’ to describe tribes.  The treaties between tribes and the US Federal Government are recognized as being equal to the US Constitution as the supreme law of the land.

So where does our own ‘sovereignty’ stand?  Goenpul man and Aboriginal rights campaigner Dale Ruska acknowledges that “we can no longer enjoy full and perfect sovereignty”.

“200 years of colonial development on our lands is something that can’t be reversed,” he says.  It has to be sovereignty in consideration of all that has happened.  But we should still be entitled to the enjoyment of many aspects of our First Nationhood.”

There has already been debate over whether the process should involve a single overarching treaty or numerous treaties with individual First Nations. Why not have both?  There could be some sort of structure established, similar to New Zealand’s Waitangi Tribunal, which would serve as a platform for initiating treaty negotiations between each nation and the Crown.

An overarching treaty could guide and facilitate the settlement process with what Mary Graham calls a “charter of principles”.

“A charter of principles would be a legal Constitutional protection for all these treaties.  We could also have a standard treaty – several things that are in all of the treaties.”

Signed on the 11th of May 2000, the Nisga’a Final Agreement could be a model to consider regarding how treaties with individual Indigenous nations can function.

[BREAKOUT] The Nisga’a Nation is located in what is now known as British Columbia on Canada’s west coast.  The Nisga’a Final Agreement provides certainty with respect to the nation’s right to self-government and their lands.  Signatories to the treaty were the Government of British Columbia, the Government of Canada, and the Nisga’a Nation.  Along with a 200 million dollar settlement, the Treaty recognized the Nisga’a Nation’s ownership over 2000 square kilometres of land, authority to operate their own government, the ability to make laws, and funding to deliver health, education and social services to Nisga’a citizens.

ABOVE: Parliament Building of the Nisga’a Nation

What would be the relationship between our nations and each level of Australian government?  Would each nation sign a treaty with just the Commonwealth, or would state and local governments also be signatories?

If the Australian Government signs a treaty with the government of another nation (e.g. China) intending that agreement to be legally binding, the Federal Parliament must pass legislation to give effect to that treaty.

The same would apply if treaties were signed between Aboriginal nations and the Commonwealth. Aboriginal lawyer Michael Mansell told Tracker that without legislation, a treaty “would still only be a piece of paper and wouldn’t be enforceable against anybody”.

In 1975, the New Zealand Government legislated to give the Treaty of Waitangi bearing on the nation’s legal system for the first time.  The Treaty of Waitangi Act paved the way for recognizing Māori as an official language, continues to facilitate settlement negotiations between Māori and the Crown, and has given the Treaty substantial influence over the workings of both national and local government.

Currently there are no national Aboriginal bodies with the capacity, independence or mandate to negotiate a central treaty.

The National Congress of Australia’s First Peoples now has around 7,500 members eligible to vote in its biannual elections.  This represents little over 1% of the entire Aboriginal population.  Only 809 members actually voted in the most recent election, held in June and July of 2013.  Therefore, just over 0.1% of Aboriginal people decided the leadership of Congress.  Late last year, the Coalition Government indicated that it was likely Congress would no longer be funded by the Commonwealth Government.

With the so-called “national voice for Aboriginal and Torres Strait Islander Peoples” on the chopping block, does opportunity beckon?

Who could set the terms of the charter of principles?  Who would develop the platform by which individual nations can begin the treaty settlement process?

The idea of a national Aboriginal assembly, a Black parliament, is not something new.  Longtime Wiradjuri activist Jenny Munro says “there must be a body whereby Aboriginal people are represented at the local level”.

Mansell suggests the Assembly could “have its own Constitution spelling out what its ultimate purpose is, what its core values are, how we are to be represented, and how we can ensure there is accountability and no corruption”.

In light of the current Constitutional review taking place in Aotearoa, there has been talk of establishing a separate Māori parliament.

Co-editor of the Māori Law Review Dr Carwyn Jones has proposed “an assembly that is like the United Nations where states retain their own autonomy, but they come together to make agreements on matters that affect them all”.

Could we see the same kind of system operating for us as First Nations peoples? 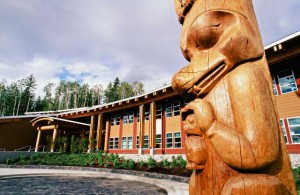 Seeing how treaties have worked for Indigenous peoples internationally, it can only make our own aspirations seem less and less like we’re chasing pipe dreams.

In the year 2014, we have the privilege of being able to learn from the experiences of others around the globe.  When we set out to draft a model that will suit our own situation, what’s stopping us adopting positive aspects of the 1840 Treaty of Waitangi, the Nisga’a Final Agreement and the USA’s treaty federalism?

Treaties are about land rights, reconstruction and power sharing.  This process has the potential to shift the social fabric of the society we live in as we seek to end the domination of one people by another.

Some will claim treaties are instruments of a bygone era, but does justice have an expiry date?