Trailblazers must lead because not all the reports & inquiries compiled will reduce Aboriginal & Torres Strait Islander suicides, child removals & incarceration 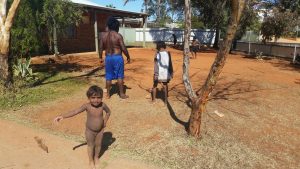 “What about us?” – Photo by Gerry Georgatos

Many share Dr Mundine’s exasperation after one inquiry after another, including the Royal Commission into Aboriginal Deaths in Custody a quarter of a century ago with more than half the recommendations still not implemented throughout the majority of the nation.

Mundine is right that a lot of talking occurs and little is done. We all agree with him here however in assessing all the reports and recommendations produced in the last quarter century, even if all the recommendations were implemented, including those from the Royal Commission into Aboriginal Deaths in Custody, they would make some visible difference but not the significant difference desired to reduce the horrific incarceration levels endured by Aboriginal and Torres Strait Islanders.

The issues are multifactorial, multilayered, multifaceted and intertwined – acute socioeconomic pressures, tsunamis of poverty related issues, for many dirt-poor poverty, deprived communities, the rising tides of incarceration, the increasing despair among those vulnerable within the 40 per cent of Aboriginal and Torres Strait Islanders living below the Henderson Poverty Line, the compounding of traumas with child removals and the taking of families from lives teetering on the broken to the ruined, and then there are the layers upon layers of racism.

Just about every report I have read as well-meaning the intentions they are nevertheless undermined by their moderation through the stricture of White terms of reference. The smack of White Privilege dominates and the mono-cultural power imbalance and refusal to power share in any sincere poly-cultural manner is pernicious. The narratives are still one of assimilation or perish.

Where Dr Mundine and many others have stated – Senator Pat Dodson and Pat Anderson recently – called for what has gone before to be implemented and naturally I agree we must understand there is no hope for universal change when the little things that big things grow from are not ‘planted’ then there are not trees, no forests. If the findings and recommendations of so many reports, no matter how minimalist, have not been implemented then right-minded individuals have the right to question if positive university change – if equality – will ever be in the winds. If we cannot score the simple reforms how then will the sequence to the bigger reforms happen?  Hundreds of thousands have gone to their graves having lived the miserable lives, denied the levels of happiness that most of the rest of the Australian nation enjoys. In the generations since the 1967 referendum, Australia has cast hundreds of thousands into lifelong narratives of human misery and suffering.

Let us understand that the more west and north we journey across this continent that the worse the hits on Aboriginal and Torres Strait Islander peoples; the more acute the poverty, the greater the homelessness, the higher the arrest and incarceration rates, the more pronounced negative and aberrant behaviours, the less likely a child will go to school or ever secure a job and the more pronounced the racism, the higher the suicide toll. Let us understand the grim reality that the more ‘Black’ someone is the less likely that they will be in the half of the population with a shot at the quid and a good life. The first step in understanding the ways forward is to acknowledge that there are unfairness and discrimination.

It is our duty to do everything we can to right wrongs, to deliver from the abyss of despair those lives that are otherwise destined to be lost.

I hope the Northern Territory Royal Commission will provide the call for long overdue big picture reforms that redress the deprivations in the homeland communities. This means understanding that one government after another has been responsible for the degradation of these communities, and not only of the denying them of the equivalency of social assets to that of non-Aboriginal communities but also of the stripping of their social assets.

We hear of this business of 70 and 80 and 90 and 100 services in communities of 1,000 or so residents but an abundance of services is not what I have seen in any community. I have travelled to hundreds of communities and towns. Toomelah in NSW and Roebourne in Western Australia have both been identified as communities that are flush with services but which remain with overall negative outcomes. I know both these townships and I have walked their streets, their neighbourhoods, their main precincts, and no way will I support the claim that there are 100 services. An individual government-sponsored or funded offering a number of services can only be in the one place at a time. One cannot attend to the needs of the many vulnerable at the same time. Someone in a part-time position and limited to a job title but without any other funding to do else other than ‘talk’ or ‘handout’ pamphlets is not a ‘service’. The propaganda of a full suite of services in these depleted communities has been soaked up as the Gospel by the nation.

Failure is persistent when lies are persisted with. Subsequently, failure is blamed on the community.

The recommendations from the Royal Commission into Aboriginal Deaths in Custody must be implemented and they will enable an increase in Aboriginal and Torres Strait Islanders in workforces and in leadership roles; with all this reducing some of the power imbalances exerted by White Privilege. The Custody Notification Service still awaits a national roll-out and governments dawdle despite the efforts of some government ministers. However we need royal commissions, with the widest remit, to galvanise these steps in the right direction because they are not happening otherwise. We need royal commissions that will call for the rightful establishment of quality social assets in homeland communities throughout the nation. We also need for the national curricula of schools and universities to include the history of this nation in all its detail, to validate every citizen of this nation poly-culturally. We need royal commissions that will galvanise the turning around of the lives of the souls that languish in our prisons, who come out worse than when they went in, who are more vulnerable to suicide and unnatural causes of death than during any period prior and during their incarceration.

The Australian Law Reform Commission will be well-meaning but only royal commissions with unlimited remit and with the salt of the earth steering are the only remaining shot that now hundreds of thousands of souls can invest hope in. All the rest is waiting for the incremental and piecemeal offerings, noting that in general the incremental is forever outstripped by widening divides.