Town with life expectancy at 37 for its men 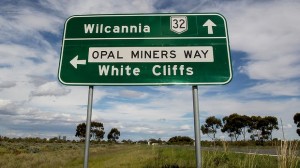 The neglect of First Nations peoples continues with governments bent only on assimilationist policies, effectively moving peoples off their homelands, and pushing the message that they need to be “responsible” with an onus to pick up a job, with mining jobs available, and the further message to disregard their historical and cultural identities and get their children educated in mainstream Australia. But in the face of all this, even if this is all arguably a transition phase, the poorest Aboriginal peoples among us do remain just as poor as they have ever been – of the 671,000 Aboriginal peoples, 150,000 are impoverished, with nearly 100,000 in third-world akin conditions.

Findings by senior researchers at the Jumbunna Indigenous House of Learning, University of Technology Sydney, Ruth McCausland and Alison Vivian, found in 2009 even more shocking statistics than I have described so far – they studied the far western NSW towns of Wilcannia and Menindee. I don’t forget my own visits to these towns, and the contrast, with Wilcannia  where I saw impoverished Aboriginal peoples targeted, seemingly segregated and who appear to languish in a sense of dejection and despair.

Crime data describes the variations between Aboriginal and non-Aboriginal peoples but few explore the underlying issues that contribute to these variations. The McClausland/Vivian study explored some of these factors. In comparing Wilcannia and Menindee they found, “both have significant Aboriginal populations and are demographically and geographically comparable, yet the data reports contrasting crime rates.”

In the 2006 Census, Wilcannia and Menindee were recorded with populations of 595 and 332. In Wilcannia, nearly 70 per cent of the population identified as Aboriginal while in Menindee nearly 50 per cent identified as Aboriginal. Both towns are within Barkindji traditional lands and but according to McCausland/Vivian “with a major history of forced removal onto missions, Wilcannia is today considered the cultural home of the Barkindji, while people identifying as both Barkindji and or Nyampa live in Menindee.”

“Historically, and today, Wilcannia  is a largely segregated town, with the majority of the Aboriginal population living on the outskirts of town. Menindee is known as a more integrated town with a significant degree of intermarriage.”

The researchers said, “The high rate of violent crime in Wilcannia was commonly attributed to dangerous levels of alcohol use amongst some community members… Interviewees stressed the lack of appropriate and local rehabilitation services. Violent crime was described as occurring within friendship, families and relationships; the particular issue of violence against women was referred to as endemic and devastating. Restrictions on the trading of alcohol and alcohol free zones, while generally accepted as having reduced public violence, were not considered effective in reducing alcohol consumption.”

Wilcannia is descriptive of communities with predominant populations that are affected by the trauma of the Stolen Generations, and by the ongoing trauma of neglect, in that there has been little or no redress, in both recognising and restoring cultural identity and its integrity, and complemented by the infrastructure and equity that should underwrite all Australian communities – economic and social development.

The most shocking statistics were the life expectancy rates for Wilcannia. McCausland and Vivian wrote, “With a life expectancy of 36.7 years for Aboriginal men and 42.5 years for women, regular funeral in the town were identified as flashpoints for alcohol related crime and violence. An acceptance of criminal behaviour was considered both a result and contributor to Wilcannia’s high crime levels.”

I have travelled widely among Aboriginal communities and have found in some communities average life spans of 45 to 50 years and have been shocked by these third-word statistics but McCausland/Vivian report 36.7 years life expectancy for Wilcannia’s Aboriginal males – a murderous statistic that should horrify all Australians, but sadly it would not shock the Australian consciousness; it would be added to the litany of cruel statistics that First Nations peoples endure, and particularly that the 150,000 poorest Aboriginal Australians endure. I have written a paper ‘The Aboriginal Clock’, referring exclusively to the poorest 150,000, because they are lost within the 671,000 who identify as Aboriginal and Torres Strait Islander peoples as collectively doing better with many indicators than what they dd thirty and forty years ago. But they don’t, the poorest 150,000 are doing just as bad as they always have, and with some indicators such as suicide rates, especially among their youth, worse than ever before.

McCaulsand/Vivian noted, “Wilcannia has 12 police stationed in the town… The policing approach in the town was widely considered to have improved over recent years. However, concerns were raised that police/community relationships seemed largely to depend on individual police, who have a high turnover and are often inexperienced in working with Indigenous communities. A number of interviewees also questioned the appropriateness of the broad ‘welfare’ role often adopted by police in the absence of other locally based services. The extent to which fines are issued to people who cannot afford to pay, and subsequent ramifications, was also raised a number of times.”

“Numerous people identified the lack of meaningful employment opportunities, or a sense of purpose, as relevant to high crime rates.”

Menindee was described by McClausland/Vivian with more involvement by its citizens, and that they had a sense of self-determination.

“One of the strongest emerging themes was the importance of informal social controls on lower crime rates. Examples were given of community mobilisation to deal with emerging problems, particularly in relation to antisocial behaviour by young people. One prominent group of women was regularly identified as central to the dynamics and functioning of the community.”

“The strong relationship between the school and the Aboriginal community was identified as central. Interviewees stressed the importance of their active, experienced school principal, who is committed to working in partnership with the community. There was reportedly an important sense of community input into the school direction and approach, and respect for Aboriginal staff and content,” reported McCausland/Vivian.

“Menindee was also described as a community that resolves its own problems, that is, without formally invoking criminal justice system.”

Attempts were described that incidences with youth were resolved internally by community, by mentoring and second-chances – de-escalation.

“People living and working in Menindee said that the community experienced many of the same challenges as Wilcannia but, because of a general perception that Menindee was not a ‘problem community’ in the same way, insufficient attention was paid to their needs. Others felt that one reason Menindee fared better was partly attributable to a lack of government interference in the way the community functions. Menindee was frequently described as a community that finds its own solutions to problems.”

Targeting vulnerable peoples compounds predicaments and therefore the theme of working especially with the marginalised is important. “The cascading impact and disproportionate effect of fines and infringement notices for people without capacity to pay is well documented.People who are already disadvantaged are more vulnerable to being ﬁned and are more likely to accrue multiple infringement notices; unpaid fines often accumulate into major debt from ongoing penalties. Drivers’ licenses and car registrations are frequently affected, often without the person’s knowledge. This was relayed as a particular concern; the reality of a subsequent criminal record and incarceration for unlicensed driving was evident.”

But according to McCausland and Vivian both communities repeatedly stressed the absence of appropriate local services; services are primarily provided by organisations based in Broken Hill and on an infrequent basis.

“Generally in regional communities, magistrates are limited in their sentencing options. As diversionary programs are largely unavailable, incarceration becomes the more likely outcome.”

“Wilcannia has a large transient population and ill-adapted responses by the criminal justice system tend to intensify this mobility. Bail options, for example, generally do not properly recognise the circumstances of many Aboriginal families. Young offenders might be cared for by several people, moving from home to home. In this context, designating one specific bail address is not practical. Similarly, violent disputes may be addressed by court orders that require individuals to leave town; people sentenced to imprisonment, or ordered to receive treatment for alcohol addiction may be dealt with in the same way. This can have wide-scale impacts on community disadvantage: families often follow relatives when they travel out of town, staying with other relatives or friends. In practical terms, this further aggravates household overcrowding and prevents children from attending school,” wrote McCausland/Vivian.

In many communities with low life expectancy medians, with high rates of premature deaths and violent deaths, with high rates of suicide, often there are high levels of all forms of general violence. The youth in many of these communities watch their disempowered parents and elders languish in various dysfunction, humiliated by untenable impoverishment and cumulative racism. They become angry at the humiliation they have to endlessly witness, and by the disempowerment washed down to them. It hurts to see your own humiliated by public authorities whether they are well-meaning or not, by the officers of public institutions, by those who have it better, by those whose historical and cultural identities are substantively acknowledged. The anger is displaced onto family members, and back on to the self, displaced on to extended family, back on to the self, back on to family and extended family, back on to the self, displaced on to the wider community and to strangers, and back on to the self, eventually for many the self takes far too many hits and the anger takes on the self completely, and to extinguish the anger it culminates in the ultimate self-destruction – suicide.

Leave a Reply to steve spence