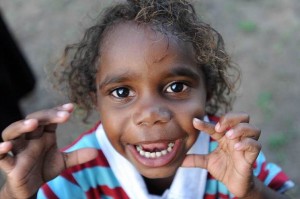 Recently in Western Australia, an 86-year-old grandmother, an Aboriginal lady, was threatened with eviction for non-payment of a state-housing water bill. Her eviction has only been stalled by the intervention of Kimberley parliamentarian, Kija woman Josie Farrer. Recently, two Perth families, once again Aboriginal, with 9 children and 11 children were evicted from their homes. Western Australian State Governments have a bent for mandatory laws – such as the three-strikes behaviour-management policy for state-housing residents.

Thousands of children have been evicted, but where do they go to?

The Government’s mandatory behaviour-management policy with its three-strike rule was implemented only a couple of years ago. In the couple of years before the implementation of the policy a total 411 tenants were evicted, of whom more than half were Aboriginal and/or Torres Strait Islanders – 225 evictees. But since the implementation of the three-strike policy there have been 945 evictions with 519 of the evictions of Aboriginal and/or Torres Strait Islanders. WA housing minister said the imperative was to improve the behaviour of tenants, and that before it had to get to a third-strike and eviction, every effort would be made to work with the tenants. But other than warnings there are no funded support programs or any psychosocial assistance – it is either shape up or ship out. The imperative could have been working with the families.

Kalgoorlie’s Wongi Elder, Pastor Geoffrey Stokes said he has lived racism all his life, and “my people continue to live in the dirty wash of racism.”

“Racism is rife, it is in the mindsets that draw up these draconian pieces of legislation and policies, targeting our people.”

“We are treated as less than nothing in our own Country, there is a heartlessness among many that is born of ignorance.”

“Our people are always put last and it is up to us to stand up as a people and speak up about the inhumanity.”

Last year, Pastor Stokes went in to bat for two Goldfields’ families that had been evicted from their public housing.

“What is more anti-social, someone’s behaviour at a particular moment that we can work together to address or the Department of Housing’s behaviour in putting families and children on the streets?”

The policy makes it possible for the Department of Housing to pursue eviction of a tenant “after one dangerous incident or two serious disruptive incidents.”

Pastor Stokes led protests outside Kalgoorlie’s Department of Housing for Dulcie Nannup, Anthony Maher, Janelle Woods and their children. Upon eviction, the families finished up in the nearby shanty-like area known as Ninga Mia where families sleep under corrugated iron, tarpaulins and cardboard. About 100 homeless Aboriginal peoples crowd Ninga Mia, which is without water.

“How can our governments and the bureaucrats accept any situation where a family, particularly with young children, are forced to live in appalling conditions such as Ninga Mia, while nearby the rest of Australia lives well. Where is the news coverage, where are the television cameras to keep up the news of all this till something changes for our people? There is a heartlessness that is beyond sad. Australians must open their hearts up and realise that the terrible fates that far too many of our people have been born into are not their fault. Those at fault are in our governments.”

“This is where evicted families, where the children of these families finish up, under cardboard and corrugated iron, homeless. This is the Australia of today,” said Pastor Stokes.

But the housing minister, Mr Marmion has a different view. “There comes a time when individual families and extended families have to take some personal responsibility for their actions.”

Earlier this year, in the State’s north, in Kununurra, the Department of Housing threatened to evict an 86-year-old lady for non-payment of a water bill. Parliamentarian, Ms Farrer said this was an appalling predicament and she stood in the way of any potential eviction. “Evictions are a huge issue and not just in Perth, but in the Kimberley too. For instance the Kununurra elderly lady faced eviction over a $500 water bill.”

“What sort of inhumanity and overreaction is this by the Department of Housing?”

“Where is this Aboriginal lady, in her eighties, supposed to go? This type of callous behaviour and lack of mediation is just plain disgraceful and just racist,” said Ms Farrer.

Earlier this year, the Department of Housing evicted a Perth family of eleven – nine children. The family of Carmen Slater and Tyrone Eades was put on the streets with extended family desperately trying to find room for them. Ms Eades was beside herself as the bailiffs turned up to enforce the order. They had lived in the home for five years.

“Why can’t the Department assist us in positive ways? Why can’t they understand our situation?” said Mr Eades.

The police who arrived to back up the bailiffs were not there to discuss anything with Mr Eades and Ms Slater.

Their youngest child, which the Department evicted onto the streets, was a 12-month-old bub – nine children in all. The Department of Housing said they breached the “three strikes behaviour management policy” and therefore they had to go while rights advocates argued “three strikes is a draconian policy.”

“My heart goes out to all these families, all these young children, as a mother I cannot believe our governments would allow for this. Who should be evicted are our parliamentarians, evicted from government. They are out of their minds,” said Ms Mackay.

“Anyone who thinks our people are not targeted is crazy. We get on a train and we are targeted. We cannot get into taxis. We bump into someone and we are arrested. We speak up and we are hounded. It is disgusting and outrageous to put babies and children on the streets. White privilege is still having its day and being black still makes you a potential target.”

The Eades/Slaters were told that they should head to a women’s refuge if they could not find other accommodation.

“Why should I go to a women’s refuge? Can someone explain this to me? There is no domestic violence in my family,” said Ms Slater at the time.

Police escorted tradespeople who covered the windows with plywood.

“Whatever the culpable behaviour was, that behaviour could have been addressed. ” If the behaviour was so problematic that it required a whole family to be evicted then why was this alleged behaviour not prosecuted?” said Ms Mackay.

Mr Marmion justified the eviction with the picture-perfect summary lines of “get on with your neighbours, look after the property and pay the rent.” He referred to a “tenancy-related debt of $3000” but did say that it was not taken into account when the decision to evict was made.

An advocate of the family said that the majority of any trouble had more to do with one of the teenage sons who is very ill. He suffered brain damage from meningococcal disease and still remained a long-term hospital outpatient.

The troubles are myriad for impoverished and marginalised Aboriginal peoples who started life distant from the line of advantage most Australians begin at. The West Australian newspaper’s journalist Colleen Egan interviewed a number of people as to some of the issues that lead to the high eviction rates. Ms Egan wrote, “According to Mark Glasson, of Anglicare WA, some families’ troubles run so deep, they are unable to meet the standards set without intensive help.”

“Mr Glasson said the problems were exacerbated and multiplied by families becoming homeless and living on top of each other.”

Mr Glasson said to Ms Egan, “Three strikes works for some people, but unfortunately not with all.”

“We know about violence, substance abuse and mental health problems. These families will all have one or more of these problems and evicting them is not addressing these things.”

“Without stable housing, you are simply moving the problems and making them worse.”

“You need to have more early intervention, more education and more intensive family support to build capacity to cope and move towards a positive lifestyle. Without stable housing people are not able to address the issues that they have in their lives,” said Mr Glasson to Ms Egan.

Welfare Rights Kate Beaumont told Ms Egan that she has “a lot of Aboriginal women with children and grandchildren” come through their doors for assistance.

“These people are likely to be evicted into homelessness for a long time,” said Ms Beaumont.

Ms Egan wrote, “Some evicted children are dropping off the radar of schools and social workers who can no longer keep track of their welfare.”

Tenants’ lawyer Mary McMormish said, “The statistic of 519 Aboriginal evictions since May 2011 is shocking and it is the effect of indirect discrimination.”

“Not one of the families that I have represented in court ‘chose’ to upset neighbours or to behave in a way that they knew would lead to eviction.”

Pastor Stokes said that the high cost to society should be “an unbearable one for those with charity and compassion in their heart.”

“If it were felt as such a burden upon the soul, mountains would be moved, so I often question what is it that calms such burden into acceptance, and I can only come to the tragic conclusion that it is racism. We strive for the day that we will all be brothers and sisters and our people given the respect that others enjoy, so that we do not only find comfort only among ones own, but instead within the whole of our humanity. I hope I live long enough to see the flicker of such hope for our people.”

“I am pained when I see our children sleep in the wilderness, and those who walk past just keep on walking.”

It is estimated thousands of Aboriginal children have been evicted. Some have estimated that 2,000 children may have been evicted but in my experience in walking alongside the many homeless – in Perth, in Geraldton, in Hedland, in Kalgoorlie, in Derby, in Wyndham, in Broome, and on, those far too many I have met in my travels and in my work, the estimate of 2,000 children is a conservative one. In the Kimberley alone, 7 per cent of the region’s population is homeless with 90 per cent of that homelessness Aboriginal. Behind the slick wealth of Perth steely skyscrapers, myriad arcades and shopping centres, are the dingy squats in parks, car parks, alleyways, condemned buildings and in open public spaces of not a forgotten humanity, but of a neglected one, one whose numbers keep on rising.

Years ago, I delivered hundreds of lunch packs daily to Perth’s homeless – in an hour alone I could get through 100 lunch packs. The number of homeless children I came across shocked me.

Ms McComish said, “The estimate that 2,000 Aboriginal children have been evicted is conservative, given the sizes of families I have represented.”

I can tell you where many of the evictees finish up, where the thousands of children have gone to – to the streets, to sleeping rough, from house to house, many suffer sexual abuse, there are myriad varied forms of exploitation they become vulnerable to, meltdowns into mental ill health, many finish up in juvenile detention and on to prison, and in general they live short lives – premature deaths.

I remind readers that one in three Aboriginal and/or Torres Strait Islanders are dead before the age of 45 years.