This is a rort! 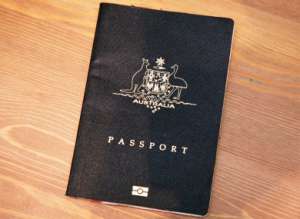 The latest is the story of Sandeep and his best mate from Haryana, now in Melbourne. The names may change but the story is the same in most aspects. It revolves around a fraudulent practice now rife in Australian immigration circles. Sandeep was an accountant by day in India, an outstanding player of volleyball by night. Married and with a young child the family decides that the future for them lies in Australia. So they ask their friends for recommendation as to an immigration agent. Having found one, the advice they are given is for the spouse to apply to study in Australia in a hairdressing course. This would allow Sandeep the opportunity to come here and establish himself as well. Accordingly, the applications are lodged and Sandeep’s wife becomes one of the 107, 000 Indian students now in Australia. She is now part of Australia’s $15 billion overseas education industry. She is enrolled in a hairdressing course, an odd choice of course for someone with a Masters in Science in Geography and a desire to do a PhD in that field.

Temporary residence in Australia is achieved and a new life is commenced. The child is settled in his schooling and life, whilst a struggle financially, offers some hope for the future. A hope and a future that they do not see in India, despite the industrialisation that has occurred there. The course of study is completed and Sandeep is now thinking thoughts of permanent residency. He approaches an agent based in Swanston Street. Her advice is to apply for PR and the way to do this is as follows: Sandeep forwards an amount of $50, 000 to her and a hospitality industry business is established in Wangaratta. $10000 of the money is given to the business and the remainder paid to the agent. Sandeep advises her that he is unable to raise those funds here. The agent advises that this is not an insurmountable problem. She has a relative in Delhi who could receive the monies. Sandeep is accompanied by a mate who is in exactly the same position. Each of them contacts their respective families in India. The amount required to be raised by their respective families there is 25 Lakhs of rupees. A lakh is 100,000 rupees. Hence the total required by each family is Rs. 2,500,000 million. As a comparison Sandeep’s mother is a school teacher of many years experience. Her earnings are around Rs 10 lakh (1 Million Rupees) per annum before tax.

The relevant monies are raised by the two families by loans and private borrowings. Money’s are withdrawn from the respective bank accounts in cash. This is then personally taken to the family members in Delhi of the Australian immigration agent and handed over in cash. No receipts are issued.

The business is established in Australia. The businessman establishing the business receives his $10, 000. Application is made for permanent residency and then received in due course. Six months after the business has been established it is closed permanently. Sandeep visits his agent for an explanation and the agent is missing. The agency has disappeared from Swanston Street. Phone calls aren’t returned. Sandeep’s wife is suffering anxiety and migraines as a result. The process for application for permanent residency has not been cheap or simple. There has been a migration review tribunal hearing but it has been successful. However, there are massive debts owed to family and friends. The agent has made an absolute killing in the case of Sandeep and his mate. 50 lakh of rupees have been transferred to her family members in Delhi. No doubt some of that money has found its way back to her in Australia.

The story of Sandeep whilst sad, is certainly not isolated. Over the last few years, on every occasion that I have travelled around Australia I have spoken to many Indian young men who have been stung by this practice. Two years ago the going rate to buy a PR visa in this fashion was $50000. I am reliably informed that this figure is now $100,000.

I am on record for having called for far stronger controls and regulations on this industry. This industry has absolutely mushroomed to become one of the top five export earners in Australia. Blinded by the potential revenues of the industry, the required prudential controls have been allowed to be relaxed. The victims in this case have been the young families of the students coming here. It must be said that the perpetrators have also been from similar cultural bases as the victims. The students are victims at so many levels. Firstly, considerable monies have been transferred from them to others. Secondly, in a number of cases they have not been as lucky as Sandeep to have been granted visas. Thirdly the impact on families in places like India has been considerable.

This is an abhorrent practice. The victims have been lied to about many things. The prospect of success here in Australia has been overstated and oversold. The courses that have been conducted by some of the institutions have been without rigour and not of academic standing. Most of the victims have ended up in industries such as security and taxi driving.

It has been my view that the department of Immigration in its various incarnations has been asleep at the wheel. They have allowed this practice to be conducted. Sandeep can identify at least thirty people caught in the same rort by the same agent as he was. On the basis of that alone you would think that this is an industry siphoning millions of dollars out of our economic cycle. A starting point to examine these practices would need to be the establishment of a joint task force involving, but not limited to, the Australian Taxation Office, the Immigration department, the department of Educational Services (or equivalent), the Federal Police and the Banking Industry. It may well be that the proverbial horse has well and truly bolted but some attempt must be made to ensure the practice is not continued.