This has to stop 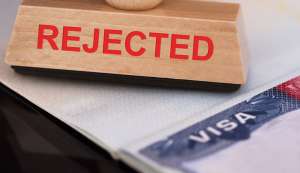 Over the last three years, in my capacity as President of the National Ethnic Disability Alliance I have almost become inured to anger when I come across another instance of discrimination against people with disability (PWD) in our immigration system. However, the pain does not stop. Irrespective of the number of times I have seen this I still find the approach taken by the Dept of Immigration and Border Protection, hurtful at best and devastating in the extreme. The cases involve young people, old people and everyone in between. And so now we have another case. This case involves the Ingrams.

Their case was first brought to light back in April in the Canberra Times. Details are hereunder:

“An 18-year-old Watson student has been stranded in South Africa since last September when the Immigration Department revoked his family’s right to live in Australia.

Brett Ingram, a former student at Brindabella Christian College, is struggling to find work to support himself in the country he has not lived in for five years.

His parents and sister, meanwhile, are still in Watson waiting on the outcome of their request for a “Ministerial Intervention”.

Brett was on a gap year visit to family in South Africa when his mother, Jacqui, had her application for a permanent Australian visa refused on September 12, 2014, because of a recently acquired kidney condition.

“I applied for permanent residency on January 13, 2013,” Mrs Ingram said. “I had been diagnosed with nephropathy in May 2012. If I had applied 12 months earlier I would have got through fine.”

Under Immigration and Border Protection’s “one fail, all fail” policy Brett, Mrs Ingram, her husband Clive, and 14-year-old daughter, Caitlin, all lost their right to stay because of fears Mrs Ingram may become a burden on the Australian taxpayer.”

The process that needs to be undertaken by the applicant for visa is as follows: They start with a rejection by the Department. They then appeal the decision of the department to the Administrative Appeals Tribunal. Upon their rejection of the claim they then appeal to the Minister for his/her intervention and application of his discretion to overturn the decision. The Minister is unable to consider the case until ALL rights of appeal are exhausted.

Fast forward around 6 months and Clive Ingram has contacted me following one of my previous articles. And this is now the update on matters as communicated to me yesterday:

“Further to our telecon on Friday afternoon, please find additional information as requested.

We received an email from the Ministerial Office in Victoria (attached) informing us of the negative outcome of our ministerial intervention request.  The Assistant Minister for Immigration, has personally considered our case and has decided that it would not be in the public interest to intervene so the AAT’s decision stands.  We feel that this is so unfair.  How could he personally consider our case and then not intervene?  Why did they let us go through the financial and emotional distress of requesting updated medical exams and character checks for our family in June 2016 when the Assistant Minister did not even consider an intervention. They were happy to take all our money over the last 5 1/2 years with all the contributions we have made to the Australian economy but then they still refuse our visa.  We are devastated and saddened by this discrimination against us.  The Department of Immigration is happy to grant people permanent residency who have broken the law but not honest people like us. We know of a case where a family remained illegally in Australia for almost 3 years not contributing to any taxes but they were granted permanent residency this year.

We are particularly devastated for our 15 year old daughter, Caitlin who has completed most of her schooling here in Australia.  She has been studying in Australia since Year 4 and the transition back to a South African school will be extremely traumatic for her.  She is settled here in Australia and is very involved in her academic studies, sport and dance extramural activities.  She has a dance performance in December which she will likely have to miss as a result of us having to pack up and leave because our immigration matter is now concluded.  They have kept us in limbo since 2014 dragging out this decision.  We don’t even know if Caitlin would get into a high school for Year 10 in South Africa next year as their enrolments have closed in August already and most of the good schools are full by now.  So that’s another distressing situation for us.  The life of a young teenage girl could be ruined by sending her back to South Africa but the Department of Immigration is not interested in a human life, they just measure our situation by the financial burden we might become.

I am also enclosing a letter from the ACT Department of Education who has been fighting behind the scenes on our behalf for Caitlin’s international school fees to be waived as a result of our permanent residency application dragging on for so long.  We finally got a call from them on Tuesday 11th Oct giving us the good news that they won the fight on our behalf and that Caitlin would be enrolled in 2017 at Lyneham High School’s Year 10 program as a non-fee paying student.  All their efforts is now in vain as she now has to go back to South Africa and we are not sure whether they will accept her in Year 10 or whether she will have to sit out for a year as she’s missed the deadline.  We are so appalled at what is happening and can’t believe the injustice. I am also enclosing a motivation letter I received from the ACT Department of Education on Friday afternoon when I informed them of the outcome of our PR and that Caitlin might not be able to finish her Year 9 studies.

I sincerely hope that some of the above information can be highlighted in your press release and that it will wake up some of the government officials to our plight.  We are a hard working family, all three of us are working (Caitlin as a casual student) and contributing to the Australian economy and I don’t for one minute believe that we will ever be a burden on the Australian economy.  My chronic kidney condition (disability) is not a burden and I feel very discriminated against.

We appreciate your assistance in highlighting our plight and look forward to hearing from you.”

The criterion used by the Minister in deciding these cases is to examine whether there is a “Public Interest” in overturning the decision of the department. In the Ingram’s case the Public Interest criterion is satisfied by the fact that they work in the area of Disability employment. Their job is to place PWD’s in employment. This is also very much in accordance with the stated aims of Minister Porter and his predecessors. The policy of this government has been to get people off the welfare system and back into the employment space. Surely this work being done by Clive and Jacqui is in the Public Interest. This is a case calling out for the ministerial intervention to be applied and the visa decision overturned.

Even as I started to write this, I received the following email from someone known to the family:

I don’t know if this information can help. Please read below:

I have known Clive and his family for 5 – 6 years when i began my studies in Sydney. Clive was very helpful at all times. As the years passed our families get closer.

In 2012 Clive mentioned that he had come into contact with a company in Canberra which were sponsoring people to become permanent residents in Australia. Clive did not hesitate this information with me and other fellow students and encouraged me and other students to apply, which we all did and was successful.

Clive has always been honest, true and forthcoming with all that he has done. he wants what’s best for his kids. A bright and fulfilling future in Australia.

Please give them the same opportunity that he has given to all of us. I cant think of any other family that is more deserving to live the Australian dream. They will be an asset  to Australia not a burden. They have worked hard and still do every single day.

Please feel free to call me if you need to ask anything.

The Ingrams have commenced a Change.org petition to have the matter overturned. It is imperative that we get as many signatures as possible to have the Minister re-examine the case. Please do sign the attached petition and get as many of your friends to do the same. The Ingrams are the very type of resident that we know will contribute greatly to the fabric of our society. Details of the petition are here: