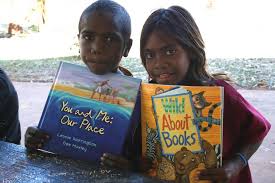 Suicides are less likely in small remote communities and instead are more likely in larger remote and regional towns. Western Australia’s Premier linked ‘high suicide rates’ in remote communities to justifications for the State to shut down 100 to 150 small remote. These small communities are actually places of respite and refuge, safe havens, where troubled at-risk people do go to. In these communities they are distant from the risk factors that indeed flourish in large towns.

The State Government has bought into assumptions that the remote suicide crises, for instance, in the Kimberley, is endemic but they failed to disaggregate by location. Premier Colin Barnett has described widespread social chaos in remote communities. But this is not true of small communities, which are the majority of the communities. Many of these communities are poor but they are not dysfunctional or rife with social chaos and substance abuse. I have visited many communities, and indeed there are no signs of any social dysfunction or of substance abusing.

In fact the smaller a community the safer it is. These small communities appear to me happy, socially cohesive, with solid community understandings. Many of these communities are often the safe haven that families in the larger towns send their children to. They get them away from the big towns where one can be exposed to social ills such as illicit drugs, various bullying and negative peer pressures. In the small communities, they can be looked after.

“We are working to try and reduce that but it is extremely difficult.”

“One of the biggest challenges Western Australia is going to face in the next few years is to reduce the number of those communities.”

But these communities are often the only real hope many have to reclaim themselves, restore self-worth and resilience. The majority of intervention and postvention programs include removing the vulnerable from environment where risk factors prevail. The most successful programs, such as the Kimberley Aboriginal Law and Culture Centre’s Yiriman Project remove young people for weeks at a time to ‘Country’.

In fact this year nearly all of the suicides in the Kimberley have occurred in the region’s towns rather than in the small communities as is being inadvertently sold to the Australian public. The suicides have been in Broome, Derby, Halls Creek, Kununurra and Warmun (Turkey Creek). Last year they also occurred in Wyndham. Relocating residents of small communities to towns will expose them to social ills that do not exist in their own communities.

The former CEO of the Kimberley Land Council, Wayne Bergmann told the ABC’s Anna Vidot, “The solution is not closing down a lot of communities.”

Mr Bergmann said the Government should assist in empowering “Aboriginal leadership in the local organisations and the local communities to address these issues.”

The solutions rest in equality. Not only are remote communities but also so are large Aboriginal populated towns starved of an equivalency of services available to non-Aboriginal towns and communities. Last year the State Government closed down the school in a Western Australian Aboriginal community near the Northern Territory border. Families were told they would have to send their children to schools in communities 194 and 74 kilometres distant. Most have remained in their community. They do not want to leave.  One family did leave and finished up 2,000kms afar in Perth. They wanted to continue sending the children to school but were left homeless for six months till on this occasion my partner and I came along and secured them interim accommodation.  Every relevant Government agency knew about them but none could help them, not even with essential care packages. Nevertheless, while they lived in tents in bush off a major highway they managed to get the children to school each day.

On November 8, the State Government stated to The Australian newspaper that Aboriginal and/or Torres Strait Islander suicides had decreased. They stated that so far this year they were only aware of seven suicides of Aboriginal and/or Torres Strait Islanders aged 25 years or less. But the ATSISPEP knew that the number of deaths was tragically higher, more than likely at least double. The Government now knows that there have been more than the seven deaths.

Smaller communities have more protective factors than large towns and are able to respond much more easily to various community distresses. In general, the majority of remote small communities do not have the pronounced social ills of the towns and of cities. It is estimated that Perth has 68,000 ‘Ice’ users; that is 1 in 24 of all Perth residents. Should we close down Perth? Wherever there are social ills, you compartmentalise the social ills and address where possible the social ills, help the individuals and families but you do not blame the community, town or city as a whole.

In general, the majority of suicides throughout Western Australia have been in large regional centres, towns and in Perth. In the Pilbara, recently there has been the loss of a young life in Roebourne but not in the Pilbara’s smaller remote communities. In the State’s southwest, it is the same theme. The smallest communities remain the safest.

Western Australia does have a high child suicide rate – Black and White children. From 2007 to 2011, there were 36 reported suicides of 13 to 17 year olds alone. Of these suicides, 13 of the 36 deaths were of Aboriginal and/or Torres Strait children aged 13 to 17. But most of them did not live in small communities.

With high regional suicides, for instance 15 to 24 year old Aboriginal and/or Torres Strait Islander youth the suicide rate is at 42 per 100,000, once again most of the suicides are in the towns, not the in small communities. There has also been an increase of Aboriginal and/or Torres Strait Islander female suicides, particularly in the 20 to 24 age group – 22 suicides per 100,000.

In the end, Premier Barnett and his Government have made public statements that are incorrect and damaging. The small communities are not where lives are tragically lost, but where lives are saved.