“The rule of Western journalism: One hundred dead black people equal to one dead white person” 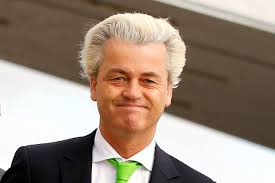 In October this man, Geert Wilders, will be coming to Perth. Details of his profile can be accessed here. The purpose of the visit is to officially launch the political party The Australian Liberty Alliance (ALA). That will occur on 20th October 2015. The manifesto of the party includes the following:

Further their manifesto states the following: “Our Australia stands for individual liberty, small government, Western values built on Judaeo-Christian and Humanistic foundations, social fairness and an integrated multi-ethnic society with one set of laws for all, regardless of colour, gender or creed. There is no place for big government, racism, political correctness, moral relativism, divisive multiculturalism or tolerance for the intolerant. Migrants do not dream of a new life in Australia because we are a Socialist, Islamic or tribal society. Migrants come for the freedom, justice and prosperity only Western civilisation creates.”

Its section on the Islamisation of Australia says:

“Stop the Islamisation of Australia. Islam is not merely a religion; it is a totalitarian ideology with global aspirations. Islam uses the religious element as a means to project itself onto non-Islamic societies, which is manifest in the historical and ongoing expansion of Islam. A multitude of groups, movements and multi-national organisations are actively pursuing this agenda globally, including in Australia. These organisations differ in their strategies, tactical approach and their message, but the common denominator is the desire to promote Islam and project Islam’s societal model of a divinely ordained theocracy across the world. Islam does not accept the separation of religion from state, but seeks dominance over all aspects of human life and society. Whereas we see religion as part of life, Islam sees life as part of the religion. This is not ‘Islamism’ or a minority view by extremists, this is basic Islamic doctrine. While only a small number of Muslims actively pursue this agenda, Islam’s divine law makes it the duty of all Muslims to contribute to this effort according to their abilities. No other religious ideology in our time has both the doctrinal aspiration as well as the economic and demographic muscle to impose itself globally. It is our core policy that all attempts to impose Islam’s theocracy and Sharia law on our liberal society must be stopped by democratic means, before the demographic, economic and socio-political realities make a peaceful solution impossible. Australian Liberty Alliance will seek to enact the policy proposals outlined in the white paper “Practical Steps to Stop Islamisation”, published by Q Society of Australia Inc in February 2014. These proposals include a 10-year moratorium on all resident visa categories for applicants from member countries of the Organisation of Islamic Cooperation (OIC). Exceptions shall apply to the humanitarian intake of persecuted non-Islamic minorities from OIC countries. Further, we will require for accredited Islamic organisations in Australia to formally accept the supremacy of Australian law and universal human rights over Islamic doctrine and Sharia law. For example full face coverings in public spaces shall be prohibited. We will seek to prevent the implementation of any aspect of Sharia finance, Sharia courts and the influence of local or foreign Sharia councils over Australian institutions, our economic system and our supply chain. Among the proposed measures is the mandatory labelling of products and services from companies that have taken out halal certification, the implementation of the ‘user pays’ principle for halal certification schemes and an end to religious discrimination in Australia’s secular organisations.”

Debbie Robinson is the Perth based national President of the Q society. The Q Society founded ALA. She is quoted as saying the following: “Australia had gone “so far down the path of political correctness” that people actively avoided discussing negative aspects of Islam. “There is an inherent fear of Islam and of discussing it,” Ms Robinson said. She said it was a “moral inversion” to accuse anti-Islamic groups of contribut­ing to the radicalisation of Muslim extremists.

“Sometimes people see our group as being the catalyst for the problem, when in fact certain groups come about because there’s a level of concern about something,” she said. “Instead of being outraged about violence, people speaking out about the ideology behind the violence are blamed.”

The party also has a position in respect of reconciliation with the Aboriginal community:

“True equality and genuine respect cannot come from different laws for different classes of people. Apartheid South Africa had different laws for different races. We do not want this in Australia. For us “affirmative action” is another word for institutionalised racism and apartheid. Dividing people according to race or ethnic self-identification creates division, jealousy and hatred. However, Australian Liberty Alliance recognises that certain individuals or groups have circumstances that require specific interventions appropriate to their needs.”

Its position in respect of people with disabilities is this:

“While we consider the NDIS as necessary for our caring society, we believe the scheme requires a sound financial basis and a gradual introduction, focusing first on those with the highest needs.”(I am not quite sure what that statement tells me).

And finally, its position in regard to same-sex marriages is as follows:

“However, we reject the notion that homosexual partnerships are the same as marriage and natural families. The right of children to grow up in a natural family must remain protected and “alternative sexual orientations” shall not be actively promoted in schools and public institutions.”

Somehow this party manages to tick all the wrong boxes with a variety of groups that I am involved with. I can’t see a huge support base developing with the culturally and linguistically diverse communities, the Aboriginal community, the LGBT community or the disability community.

However, like other minority single issue parties this one will garner the usual disenchantment of a small group of people with the major parties. A number of studies conducted by Kevin Dunn have indicated that the level of deep seated racist attitudes that we see exhibited in our population accounts for around 10% of the total population numbers. Certainly at its peak, Pauline Hanson’s One Nation Party gathered around 10% of the popular vote. This would also confirm the findings of the academic studies.

So I would anticipate that this group, with their rag-bag of policy positions will be no different. They will get around 10% of the popular vote. Having said that, they have indicated that they are aiming for around 20% of the vote.

More detail of the party and its directors can be gleaned here:

“A PROMINENT Perth surgeon can be revealed as a director of a company behind a new political party being formed to “stop the Islamisation of Australia”.

Dr Robinson, 63, owns an orthopedic clinic in the northern Perth suburb of Duncraig and is listed as a director of six companies.

Property records show he bought the site of Waikiki Private Hospital, a 45-bed medical facility 50km south of Perth, for $3.4 million in 2006.

Dr and Mrs Robinson are also directors of Senz Pty Ltd, a company which owns the site of Westminster Day Surgery on Wanneroo Rd.”

When Wilders last came to Perth, our Premier, Colin Barnett was very firm that he would not be allowed any government venues for his speeches of hate and vitriol. He said the following:

“`I don’t want him here. But he’s here, and I’m not going to interfere now,” Mr Barnett told Fairfax radio. But he certainly is not going to use government buildings to promote his message.”

I would urge the Premier to take a similar principled stance this time and ensure that no government buildings are made available to this party. Likewise to all of those Mayors of Local Government Authorities in WA, I would trust that a similar position will be adopted.

In the meantime, I also urge all Australians to avoid this party and don’t waste your vote. This is a party that can’t be taken seriously and has to be seen as essentially a racist and xenophobic group that will go down the same path as the various incarnations of Pauline Hanson’s parties have gone down.