The privatisation of Centrelink: a recipe for a bigger disaster than Centrelink already is 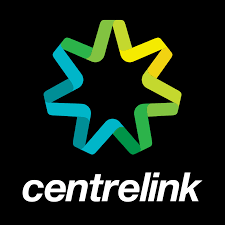 What I am basically saying is that welfare must become a good deal for investors, for private investors. We have to make it a good deal for the returns to be there, to attract the level of capital that will be necessary in addition to the significant injection of capital and resources that is already provided by the Commonwealth.’

Treasurer Scott Morrison
If 2015 was Centrelinks ‘anus horribulus’, with complaints up 35 per cent in just two years, and more than 62,000 grievances reported through official government channels in the past financial year, then the next few years are only going to get worse for the beleagured agency and the people who are forced to use its services.

The privatisation of Centrelink, long predicted by analysts of the social welfare policies of the Abbott/Turnbull Government and promoted by current Treasurer and former Social Services Minister Scott Morrison, is accelerating, and will only worsen Centrelink’s dismal performance and reputation.

As Tranter points out, the 2014 report of the Government’s National Commission of Audit recommended the Government investigate “options for outsourcing part or all of the Department of Human Services payments system, including Centrelink. 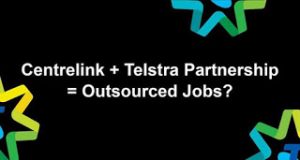 The report paved the way for the Government’s plan to move towards privatisation of the Department of Human Services including Centrelink, Medicare and Child Support services.
Aware of the political risks of the outright privatisation of Centrelink, the Abbott/Turnbull Government has adopted a strategy of  ‘privatisation by stealth and increments’.
In September 2015, the Abbott/Turnbull Government and the Department of Human Services sought bids from private sector partners under its billion-dollar, “once-in-a-generation” welfare systems replacement for the software platform to support a new payments engine.
Outsourcing of Centrelink services is another form of privatisation by stealth.
Since 2012 Telstra has run Centrelink’s phone services, after it won a 5 year contract to connect Medicare, Centrelink and Child Support and provide mobile voice, broadband and support services for over several thousand staff across more than 855 sites. Telstra has lost up to $90 million on the deal.
The losers in this outsourcing arrangement include callers to Centrelink phone lines, who have seen services grow worse since the deal was signed in 2012, taxpayers who have seen little value from the outsourcing and Telstra’s shareholders.

A number of Centrelink call centres have been outsourced to corporate operators since 2014 when Telstra took over a number of call centres and there are plans to outsource all call centre operations to Telstra. 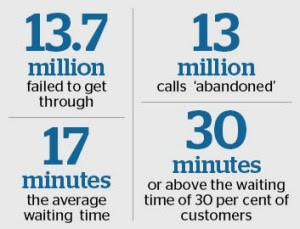 Privatisation by stealth also occurs through benign neglect. This occurs when Government runs down and undermines the capacity of  Centrelink to perform its responsibilities, through staff cuts and staff freezes; outsourcing and fragmentation of services to private providers who deliver poorer quality services; constant changes to policy and eligibility requirements; underfunding, funding cuts and restrictions; constant restructuring; failure to address problems and failure to invest in systems, process and technology to meet demand. 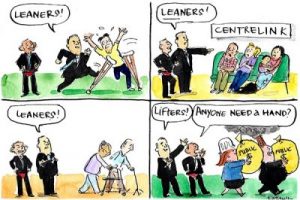 The result is poorer quality service, ineffectiveness and the resultant lack of public confidence, which is used as evidence to justify handing over the agency’s responsibilities to private sector providers, on the grounds they will deliver services more effectively and cheaper (which is untrue).
The extent to which the capacity of Centrelink is being undermined by the Abbott/Turnbull Government to justify privatisation is evident in the range of problems it faces:
The Australian Unemployment Union (AUU)- an organisation of the unemployed, for the unemployed that fights for a fair and humane welfare system for all-  argues that Abbott/Turnbull Government plans to hand over the responsibility to make income support payments to local service providers, both corporate and NFP providers, instead of Centrelink, is further evidence of the privatisation of Centrelink.

The legislation, to be phased in on July 2016 will initially effect around 2000 unemployed workers.

The legislation will give job agencies unprecedented and sweeping new powers over the lives of unemployed workers.

The AUU currently has a petition** here opposing plans by the Abbott Turnbull Government to privatise Centrelink by handing over to local service providers the responsibility to make income support payments instead of Centrelink.
The full text of the AUU petition is below:

In December 2015, the Coalition Government introduced legislation to reform the rural Community Development Program (CDP) “so that local service providers will make income support payments instead of Centrelink”. The legislation will be phased in on July 2016 and will at first effect around 2000 unemployed workers.

This is the beginning of what we have all been dreading: placing the functions of Centrelink in private hands, or in other words the privatisation of Centrelink.

Putting the functions of Centrelink into private hands is a recipe for disaster. By putting a profit motive into the Social Security System, every Australian citizen’s right to Social Security is under threat.

In an ominous press release, the Minister for Indigenous Affairs Nigel Scullion stated “under these reforms, there will be more local decision-making by providers who know the jobseekers and have closer connections to what is going on in communities. Payments will be made weekly so remote jobseekers have immediate access to their money and feel the financial impact of not turning up to activities straight away – not weeks down the track.”

Currently, legislation states that the employment services industry is not able to make compliance decisions as these decisions must be made by Centrelink. It appears that this legislation aims to change that, giving job agencies unprecedented and sweeping new powers over the lives of unemployed workers.

Starting the privatisation of Centrelink in the rural Community Development Program is yet another example of the Government using Indigenous Australians as guinea pigs to test its new cruel and unusual policies towards the unemployed.

The Government hopes that if they privatise Centrelink out in the remote areas of the Northern Territory no one will notice. We have noticed and we think it’s disgraceful.

An attack on one unemployed worker is an attack on all workers. We must stand in solidarity with our Indigenous brothers and sisters before it’s too late.

Sign this petition and let the Government know we firmly oppose its attempts to privatise Centrelink.