If the sun drowns in a sea of clouds
And extends a wave of darkness onto the world
And vision dies in the eyes of the vigilant
And the road is lost in lines and circles
O shrewd traveler in straight lines and in circles,
You have no guide but the eyes of speech
Ahmed Fouad Negm 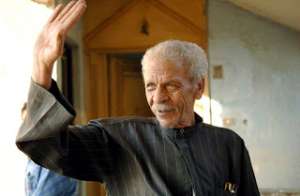 First
We carry filth on our backs
Do you know that The Nile is infested?
And the air is polluted, and life is hell
And the hearts of the honest are raging
You are massacring them
The economy is in shambles
And you legitimize thuggery
You say: Egypt just needs a little more tourism
But all the land here is for sale

Second
Woe betides us
To walk one step, during your reign, is to walk a mile
And laughter has become sobs and wails
And the vegetables
Do you know about the vegetables?
Well I can write books about all that’s wrong with them
And the universities have either become nightclubs or old age homes
And the youth have become drunkards, without alcohol!
And knowledge has become a burden on the educated
And the teachers have become imposters
All the leaders have become your personal orchestra
Take me to my ruin, O sweetheart of millions!

Third
Do you know the Japanese?
Long ago, in nineteen fifty two
We had our own cars; we had education and the educated
We had a culture and the cultured
And literature, science and many artists
The Japanese
Were recovering from a nuclear attack
What now have they become, and what have we?

Fifth
The public sector …. Public?
And corruption prevailed
Devouring the corpses of my country
What more can I say, your majesty?
Each memory has its tears
I swore to myself
To write seventy eight memories
But I can’t afford the paper
So happy birthday to you
And to us