The oppressor would not be so strong, if not for accomplices from among the oppressed 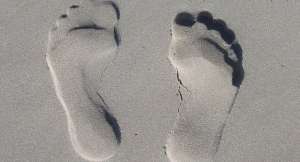 Gerry Georgatos writes we should examine the oppressor, not the oppressed, otherwise all hope is lost.

Oppression is not a phenomena of modernity but a deliberation through the human ages. We are born with inherent rights to live in ways that warm the soul, but human beings have devolved to ways birthrights and choices are denied to us. Those who resist become outlaws. All recorded human history describes the oppressor and the oppressed and has imbibed punch-drunk justifications for ruling classes, tyrannies, carceral estates.

Nelson Mandela said, “…when someone is denied the right to live the life one believes in, one has no choice but to become an outlaw.” But what of those who do not become outlaws? It is often argued that recorded history is a narrative of lessons, but the reality is lessons arguing immutable universal truths are rejected and denied status as compelling evidence. Carl Sagan said, “…we are no longer interested in finding out the truth,” bespeaking of a taming to charlatan power.

Karl Marx argued the oppressed reduced to the validating their oppressors. “The oppressed are allowed once every few years to decide which particular representatives of the oppressing class are to represent and repress them.” All societies’ foundations are strictures resiliently subsuming even the tiniest ripple of hope, fading the flickers of liberation. Human history is not shaped by the resistances of diverse acts of courage by the oppressed. Human history is always shaped by the oppressor. We are sold incremental miniscule changes as an end to injustices but all the while the mother oppressions relentlessly continue. The oppressor and oppressed claim and celebrate victories. Lies succeed through generations and the currents that are claimed to sweep down oppressions, in fact do not. We are sold lies insurgency is possible and the oppressed can become mightier than the oppressor. Not long after humanity’s dawn, oppressors put an end to universal freedoms, took our power away – individuated and collective – annihilating communal reckoning.

Hitherto, in recent millennia, humanity has been sold the art of struggles, such as the class struggles. However, as long as we are indentured in the presumption of workers’ rights struggles, we are no more than slave or serf and therefore oppressed. As Marx rallied, we are “… stood in constant opposition to one another.” Marx’s imaginings forlornly sighted capacity for revolution.

Recent history describes the coloniser, the civiliser, but these are words to disguise the common ruin. Assata Shakur, said, “…people get used to anything. “The less you think about oppression, the more your tolerance for it grows.” The coloniser, the civiliser, are about colonies, they are invaders, conquerors, the enemy. Freedom is the one thing they do not believe in.

Universal rights should mean housing for everyone, access to supplies of clean water for everyone, healthy food for everyone, all rudimentary birthrights. Civilisation does not guarantee any of these, indeed it ensures that many go without. The oppressor has commodified both access and supply of these, and where these are afforded, they can be taken away, such is the savagery of indenture that some of us term “wage slavery,” which has people even begging to surrender the prime of their lives over decades to that which we now call jobs. This is the original sin, the deprivation of human liberties from the beginning of life. We manipulate people dialogically. We sell philosophy, the love of wisdom, but much of it is borne by missophes.  The unheard term of missophy defines a hatred of wisdom. For wisdom is not a deliberation of the human ages, but pre-existing and implied to us as birthright. Its denial is of malevolence post our birthrights. The ability to discover the truth, is outstripped by the capacity to manifest deceit.

We have repository insights from personal witness of modernity and post-modernity. Simone de Beauvoir said, “The oppressor would not be so strong if he did not have accomplices among the oppressed.” There is an inference in this statement that the oppressor can be defeated but, in my view, this is shown not to be possible – thus far. It is true though as de Beauvoir pointed, the oppressor has accomplices from among the oppressed but are the veiled inferences they betray alternative realities or is that they see no other choice? Can the revolution be possible and reclaim universal birthrights? Is the dismantling of patriarchy, sexism, genderisms, and the discursive understandings of racism and classism and ableism anything more than the narrowest corridor of discourse and of pocket dictionary social justice vocabulary or a tinkering on the edges of human rights by which none free from the overarching indenture, from the overarching oppressor and remain indelibly oppressed. For what is this life, our mortal coil, all about, if all we are is commodity, wage slavery, and categorical classes within chattel living? Are we happy, are we well, are we free, do we care? What is it all about? Was it our lot that deceit and lies can lead us into wars, holocausts and slaughters, into be the dominion of the few, to be no more than indeed chattel, to either work our bones until they are dry, or to starve as the majority of humanity does, without even mass media’s uncaring eyes?

I have often written of the horrendous lie of our generation. It is a lie we are lifting people from poverty, however mass media has us believing that people are being lifted from poverty the world over. Mass media is media by government media releases, by statements from organs and instruments of the State, from the minions of the ruling classes. One in four of humanity around the world lives on less that USD$3.30 (AUD$4.54) daily. One in two live on less that USD$5.50 (AUD$7.56) while four in five live on less than USD$10 (AUD $13.75) daily. One in ten live on less than USD$1.90 (AUD$2.61). As much as this article may feel like flowery prose from a bleeding heart, this is the grimness of our world, the reality. The majority of people will live out their existence in the most hideous and horrendous working conditions, while in some instances for a sliver of working class society, the spent forces of unions tinker on the edges to relieve some of the heartache from the burdens of the indentured, of the oppressed but who can never be warriors who bring down the walls of the oppressor. I have written of the intergenerational criminalities of the oppressor, and each ensuing generation deepens the oppressor’s firmament in their pursuit of permanence.

If there is any hope of altering the future, it will be only when we can understand our birthright and articulate its reclamation. When we look around and see all of us instead of some of us, when we question the inequity, when we are appalled by the reality of a ruling class that denies not just equality, but universal freedoms. We have the ability for all human beings to live free, equal, housed, nourished, without indenture, but the ruling classes act as if they are a for-profit corporation. Marjane Satrapi, said, “When we’re afraid, we lose all sense of analysis and reflection. Our fear paralyses us.” Albert Camus summed the oppressor and oppressed with children dreaming “… of being a gangster and of ruling over society by force alone.”  Humanity has done this to itself and ever since we have been crying out for an end to the self-inflicted cruelty. We humiliate our soul, ill our minds when we seek dominion over others. Babies and little children do not have sweet dreams of oppression but soon enough are guided down this one-way street. Some grow up to live out this nightmare as sock puppets in Governments and become ‘politicians’ with  broken tongues. The core of society is rotten when billions of people starve and suffer. The mightiest and wealthiest all too often in one form or another, depending on their arsenal, kill the poor, the hungry, the illiterate.

Frederick Douglass said, ”Slaves are generally expected to sing as well as to work.” Our hope to alter the future rests in true philosophy, as opposed to rampant missophy, to flood the social justice vocabulary and expand the human rights language with words and premises cognitively widening us and to courage us up to examine the oppressor. We must stop examining the oppressed and all focus should be on the oppressor. We need to relentlessly write and discuss the oppressor and by exposing the oppressor maybe change the course of future human history that for so long we have been perjured, perverted and condemned within. People should never be the property of people. The oppressor is the problem and the ruling classes have to own their guilt.

Leave a Reply to Debbie Bond