The narrative of victimhood is real 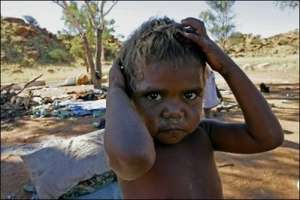 Several years ago I disaggregated Aboriginal and Torres Strait Islander health and wealth quotients from the rest of the Australian population and the comparative disparities are wider than in any other nation. In 2011, the United Nations Development Programme’s Human Development Index ranked nations on public health. Australia ranked 2nd, behind Norway however when I stood alone Aboriginal and Torres Strait Islanders as if a sovereign nation they would have ranked 132nd for public health.

Despite my work in highlighting the abominable extensiveness of suicide among Aboriginal and Torres Strait Islanders and the multifactorial impacts that are borne of chronic and acute disadvantage we are being told by some that this is so because of a buy-in to a false narrative of victimhood. It does not matter to those naysayers how many are dying – unnatural deaths, how young they’re dying, how many are sent to jail, how many remain impoverished, homeless.

Some of the naysayers have walked alongside me through the shanty towns and corrals of human suffering and misery, have walked with me through some of the poorest neighbourhoods on this continent where just about no-one goes to school, where hopelessness is all one knows. Their authorial translations are is if there has been some sort of desperate defamiliarisation of their witness in order to continue public narratives sponsored by politicised agendas. We languish in an era of the abstract rather than in the crusades to right wrongs. Where there is no redress there steadfast remain inequalities and the longer the inequalities continue the divides widen. The continuum of inequalities and the widening of the divides toxically translate as classism and racism. To prevent a moral panic those guilty of attempting to defamliarise Australians from understanding the truth instead repugnantly propagandise the victims as melodramatic. There is a counter-narrative of self-injury, of irresponsibility, of the implication that Indigeneity is an architect of doom, of standing in the way of nurturing positive living. Counter-narratives are powerful tools for the propagandist, exploiter and oppressor. Counter-narratives are used to legitimise police violence, to legitimise the use of deadly force, to allow for naming and shaming laws, to legitimise draconian laws and to legitimatise xenophobia.

There has never been a more profound human rights struggle on the Australian continent than that of the Aboriginal and Torres Strait Islanders rights struggle – for the right to be free, for self-determining values. The Australian nation cannot be defined by its Constitution but instead by its rudimentary narratives – of how its peoples live. The Australian nation must recognise its racism and the historical and contemporary contributors to the intergenerational poverty and dysfunction.  There continues racialised profiling smashed in by the epistemic violence of the oppressor – White Privilege. Calling this violence institutional and structural racism downplays the brutality of the oppression.

As there is a narrative of Palestinian victimhood, narratives of oppression and abject poverty throughout our world so too the Australian experience houses narratives of oppression, none worse than the narrative that denies equalities and opportunities and self-determining values to many Aboriginal and Torres Strait Islanders which this nation has marginalised. Generations unborn will be born into this marginalisation, into narratives of victimhood. How are generations unborn the architects of their doom? When up to ten per cent of the Aboriginal and Torres Strait Islander deaths are suicides there is no denying the abominable narratives. But yet there are those, far too many, who are sceptical.

The Australian nation has long been denied the dialectical – the art of investigating and discussing the truth of opinions and assertions. This is what happens in oppressive societies, in societies bent on a dominant cultural normative.