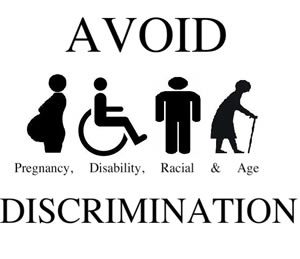 Over the last five or six years I have written extensively about the sheer discrimination that is present in our migration system here in Australia. That discrimination is not on the basis of race (that is another angle altogether – visions of White Australia policy come to mind) but the articles I have written go to the issue of our treatment of people with disabilities. Some of the cases that I have addressed can be found in these articles:

In most of the cases referred to above, I have been successful in achieving some degree of success by getting the relevant Immigration/Home Affairs/Border protection minister to overturn the decision. I emphasise that my criticism that I dole out in this article is not to the people in department but the ministers involved in developing or promulgating policy that those bureaucrats have to follow.

I was approached recently by members of a family who are facing that same discrimination in the case of a loved relative trying to come to this country. The family was referred to me by Angelo Fonseka, whose case is listed in one of the articles referred to above. It is probably easiest if I reproduce the letter that the family have sent me to summarise the situation.

The letter from the family is below:

“My name is Andrea and I am an Australian citizen. I sponsored my parents on an Age Parents visa (mother currently 79 and father currently 80) and my younger sister Rochelle (currently 33) living in India (Kolkata). To give you an indication of my family; I have 3 siblings here, all married with families who are Australian citizens. My parents have 8 grandchildren – my nieces and nephews. Our families have been living here in Australia for in excess of 25 years.

My parents and younger sister have visited Australia many times over the years for holidays and special occasions for months at a time.

As a family we initially submitted a visa application for my parents roughly 10 years ago (2007) and they have been waiting patiently for their turn for their application to be processed causing great stress and heartache for our families. When the matter finally came up for processing the result was that my parents were approved but my younger sister Rochelle was rejected, This was due to her having Down syndrome. Their reasoning would be that she would be a “burden to the tax payer” for ongoing medical support and other services.

Down syndrome has many different levels which to our family doesn’t look like it has been taken into account at all, as my sister Rochelle does not need any special care as she is independent and in very good physical health. Down syndrome is not a sickness it is a condition that someone is born with.

After this rejection, we then applied to the Administrative Appeals tribunal where unfortunately we were not given a chance to submit further documentation and evidence to support our case. We were informed that the hearing was on the 27th March, 2018 and the letter stated that we could submit further documentation and evidence to support our case which we understood to be lodged before the hearing date. I received a phone call a week prior from the tribunal asking if I would like to accept a video link which I did not understand what that meant at the time so I said no. After speaking to my family, I then understood what it meant and rang back first thing the next morning to say yes I agree to having a video conference but the tribunal said the decision had already been made that the Immigration Department decision was upheld and rejected – which was before the 27th March, 2018 date stated in the letter.

Hearing this our family was devastated and our family since then has been going through extreme emotional hardship. We find this very unfair that my younger sister Rochelle will now be left alone in India (Kolkata) when both my parents eventually pass away there will be no family members there for her to stay with and no facilities to care for her and provide her a home, which means that one of us from here in Australia will have to figure out a way to provide safety and a home for her there in India. This means that there will have to be constant visits to India to make sure she has security and is in good physical health, which is going to put a massive strain on all of us as we constantly worry for her whilst we are all living here. We will need to eventually quit our jobs as we will need to visit her up to months at a time and this will put all of us in financial hardship to support our own families here in Australia. This will also cause separation between our families living here in Australia.

After the rejection, our family have been thinking very hard and are now researching about cases of similarity and have found some that have been approved. Legislation that allows the Department of Immigration to separate families by discriminating against people with disability should have no place in our society and I hope that you can agree.

I really appreciate you taking the time to read this email and I please ask that you could take a little further time to create a letter of support as we would like to take this to Ministerial intervention.

I hope to hear back from you soon.

There are two key issues in this case. The first is that the department has again applied its health waiver provisions to someone with a condition. It must be said that there seems to be an extraordinary number of people with the condition of Down syndrome that this seems to be applied to. The relevant Down syndrome associations have been extremely helpful in supporting this case and have been disseminating the petition that we have created to get the Minister to change his department’s decision.

The petition is accessible here: https://www.change.org/p/minister-peter-dutton-minister-dutton-please-do-not-abandon-our-sister-rochelle?recruiter=873828584&utm_source=share_petition&utm_medium=facebook&utm_campaign=share_for_starters_page&utm_content=ex96%3Av4

In the interests of full disclosure, I assisted the family in putting this petition together.

The second issue goes to the actions of the tribunal in dismissing the matter without even having the family give evidence or argument. This must go to issues of natural justice and their application herein.

There are many things that this case highlights. Most of those matters are listed in the articles above and in the many cases of disability discrimination that I have dealt with over the last few years. For the moment, we understand that one of the best ways to prove the Public Interest criterion that the Minister applies is to get as many signatures on this petition.

Leave a Reply to lupus